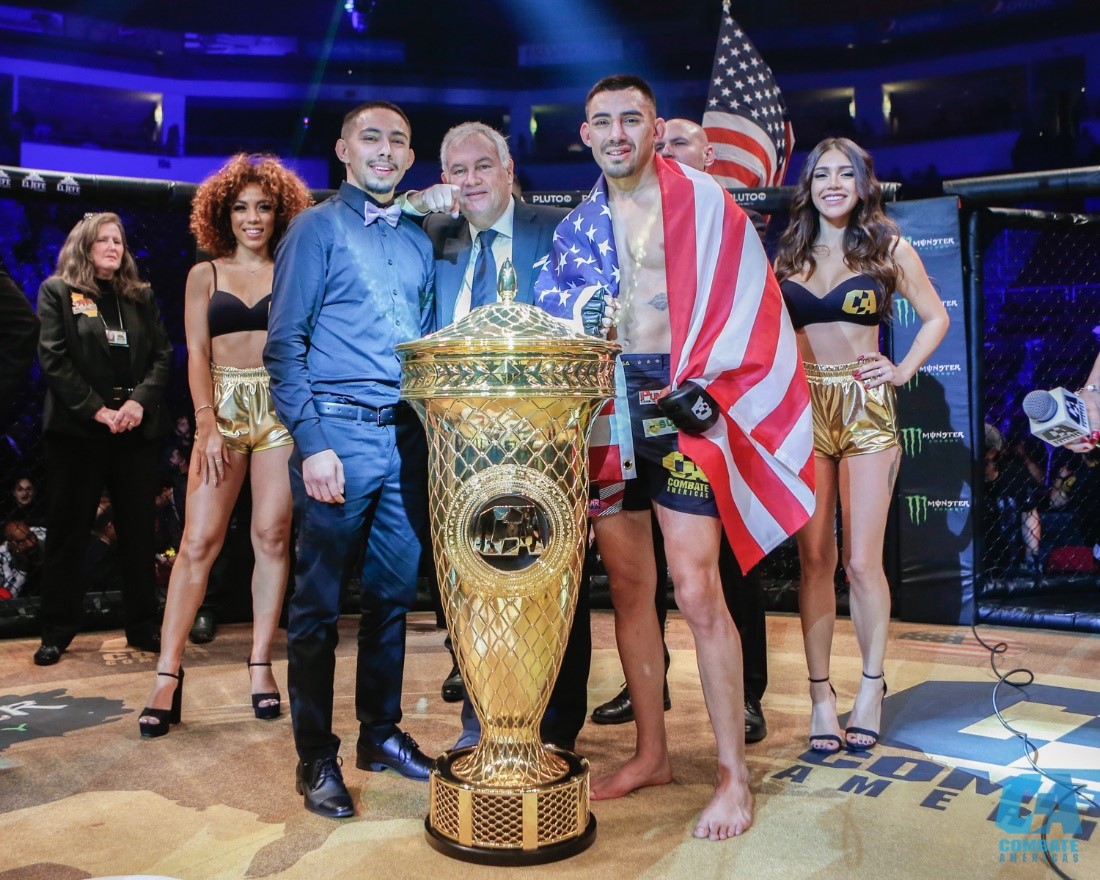 On Friday, Dec. 7, Combate Americas closed out its 2018 event schedule with its second-annual “Copa Combate” tournament.

The event featured eight featherweight fighters representing eight different countries. When the dust settled, American Andres Quintana captured the tournament and the “biggest trophy in sports” with a spinning back elbow knockout of Alejandro Flores. If you missed the finish, check out the video here.

Now that the event is in the books, the broadcast ratings are in and they match the magnitude of the event’s enormous trophy. Compared to last season’s inaugural Copa Combate, the promotion nearly doubled its audience, drawing a combined 452,000 persons 2+ on the Univision and UDN simulcast. Add that to the 3.89 million live broadcast viewers on Azteca 7 in Mexico, and the event was a resounding success for the organization.

Even more interesting is the fact that the event drew approximately 70,000 more viewers than Bellator 209 on Paramount Network on Nov. 17 and 166,000 more viewers than Bellator 212 on Dec. 14. Those numbers are in spite of the fact that the Copa Combate event did not begin broadcasting until midnight ET. Additionally, the average viewership of all Combate Americas events in 2018 beat that of Bellator MMA.