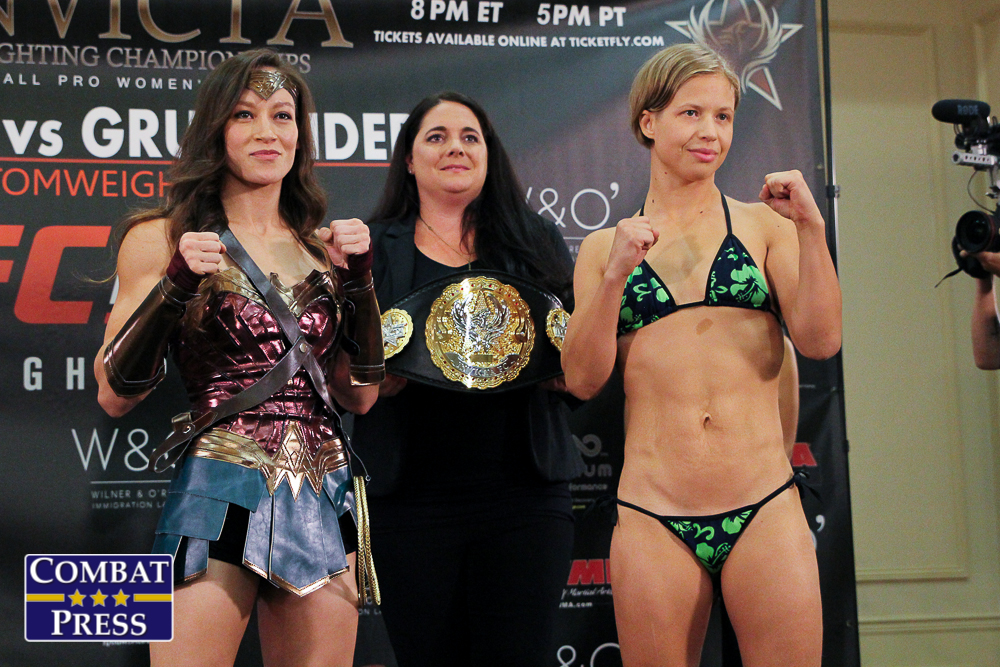 On Saturday, July 21, Invicta Fighting Championship will host its 30th event from the Scottish Rite Temple in Kansas City, Mo.

The eight-fight event kicks off at 8 p.m. ET on UFC Fight Pass.

The fighters hit the scales on Friday, July 20. For the full results of the weigh-ins, click here. Below is a photo gallery shot by Jeff Vulgamore for Combat Press. Click an image for a larger version.