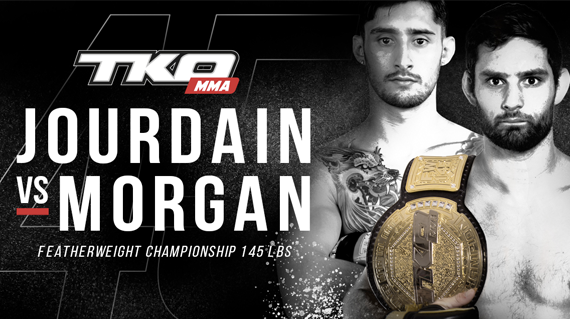 In the night’s main event, Charles Jourdain knocked off Alex Morgan with a first-round submission victory to become the new TKO featherweight champion.