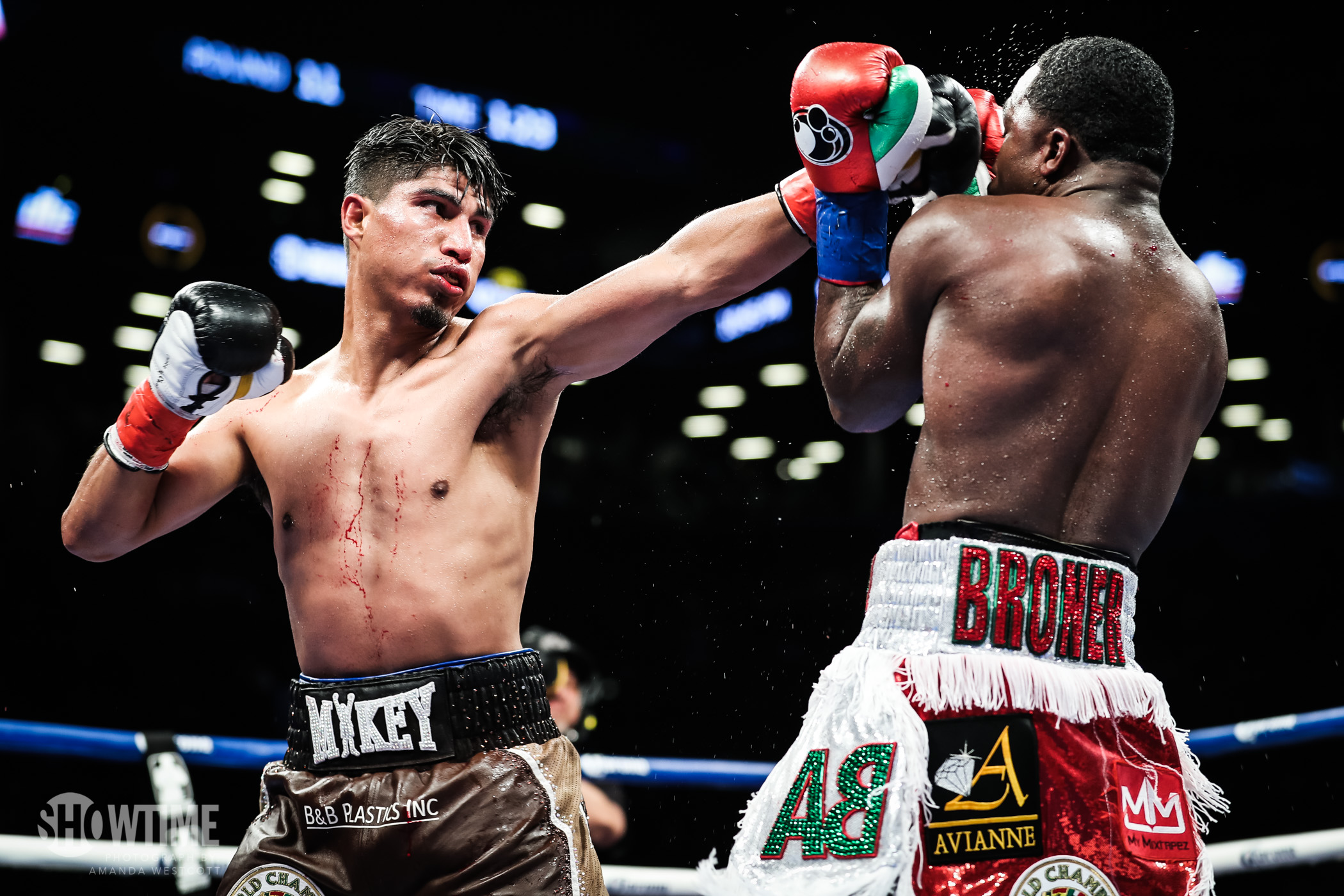 IBF Title Contender Mikey Garcia: ‘I Like To Be Challenged’

In his first full year of action since his return from a promotional dispute with Top Rank, the Californian kicked things off with a highlight-reel knockout of Dejan Zlaticanin that would earn either the distinction or an honorable mention as the “Knockout of the Year.” That win, which came in January of 2017, earned Garcia the WBC world lightweight title, marking the third division in which he conquered a championship since turning pro as a young featherweight in 2006.

Later in 2017, Garcia moved up in weight yet again and tested himself against Adrien Broner. Again, Garcia walked away with a performance that dazzled boxing viewers.

Never complacent with his present success, Garcia once more sought out a new challenge. The one he has found comes in the form of another junior welterweight, Sergey Lipinets. Unlike his match-up with Broner, this fight comes with history at stake. A title victory for Garcia will put him in elite company. Only two other boxers, Juan Manuel Marquez and Manny Pacquiao, have achieved gold across four divisions at 126, 130, 135 and 140 pounds.

“Originally and initially, I didn’t know or was aware of the achievements that they have accomplished between featherweight and junior welterweight,” Garcia told Combat Press. “That they were the only two to have accomplished that feat until it was brought up to me, but it is part of building a legacy and I knew adding a fourth title would help in my own career. By the time I’m done with my boxing career, that definitely will help. So I picked the opportunity to fight for a fourth division world title, and then finding out that only Marquez and Manny are the only two to have accomplished in those divisions, it’s something very neat. I’m still not worthy to be mentioned along the same names, but it’s a step in the right direction.”

The opportunity presents itself on Feb. 10 at the Alamodome in San Antonio. The venue can hold 60,000 fans and will surely need all the space it can provide. Garcia, a Mexican-American standout, has plenty of fans in Texas. His brother owns a gym in the area and several of their team’s fighters should be on the card as well. The opportunity to fight in Texas will be Garcia’s first since 2013, when he knocked out Roman Martinez.

“We had other venues available. We had something here in Southern California. We had Vegas, Barclays Center, and we had San Antonio,” said Garcia. “So when I sat down and looked at the options, I think if I fight in Vegas, it wouldn’t be the best moment right now to get a fight in Vegas for me. Not that it wouldn’t be the best, but since I have a strong following in Texas and since I fought last year in Vegas, it just felt better to go to San Antonio.”

The ability for Garcia to sit down and lay out his options is one that comes with the territory of essentially being a free agent. Not tied down to any promoter or contract, Garcia can seek options far and wide. It gives him more freedom with negotiations, too.

“I’m able to work and talk to different promoters and I can look at different offers, and if I see something that I like, I can go into negotiations,” Garcia said. “I’m able to speak to all the different promoters and see what they offer. I like the way it works. I might be working with a promoter for a few fights later, I don’t know, if there’s a good opportunity or good offer, but as of right now this is going well for me and I really enjoy it.”

Garcia most enjoys the constant challenges boxing presents him. If you want to find a competitor who’s always looking to push the boundaries, then you don’t have to look far. This mentality has been instilled in him since day one.

“That’s just the way I am,” said Garcia. “If it’s something that’s too easy, I get bored. When something becomes easy, it gets boring and I don’t enjoy it. I give people the comparison to when you first buy a video game. You’re all hooked on it [and] you’re playing it, but then once you beat the game or beat it at the expert level, you lose interest in it because it’s no longer fun — it’s too easy. Well, the same thing for me. I like to be challenged. I like to be put in stuff so that I can overcome it, and that’s what keeps me going.”

If boxing has been a video game for Garcia, then he’s passed each level and done so with ease. It’s time to ramp up the difficulty. That’s where Lipinets comes in. He’s an undefeated 140-pound bruiser with 10 knockouts in 13 fights.

“Aside from the title, the challenge that’s in front of me is another undefeated champion and another division, moving up even more,” explained Garcia. “I started my career at 126 pounds. Now we’re talking about 14 pounds above my initial career championship. That’s another challenge.

“I’m constantly trying to just test myself and see how much I can do and how much I can move up in weight and how I can perform. And what I gotta do to beat the bigger man, because even though we’ll be weighing in roughly the same, on fight night he’s gonna be probably bigger than me. Or if we’re same weight, he’s naturally a bigger man, so that’s a challenge in itself. That’s why we decided to take this. Also because it’s interesting for me to take these challenges. He has 10 out of 13 knockouts, so it’s definitely something to be respected. I hope I don’t get caught with something dumb, but that’s a challenge and why I take these fights.”

If Garcia comes away with the win and indeed makes history, then his 2018 will be off to a great start.

“We’re definitely on the right track,” said Garcia. “Good opportunity to start the year with a very good victory. But after this, I do have plans to move back to 135 and fight Jorge Linares. I’d love that fight. He’d love that fight as well. So that’s the fight I would come down to 135. If not him, I want to unify titles before moving up to 140 for good. But, 135 is the goal for after Lipinets. Maybe this summer, then maybe another fight later in the year, unify at 140 as well. Maybe I can unify titles in both divisions [in the] same year.”

If Garcia accomplishes these goals, his 2018 campaign will be even better than the great year he just wrapped up.