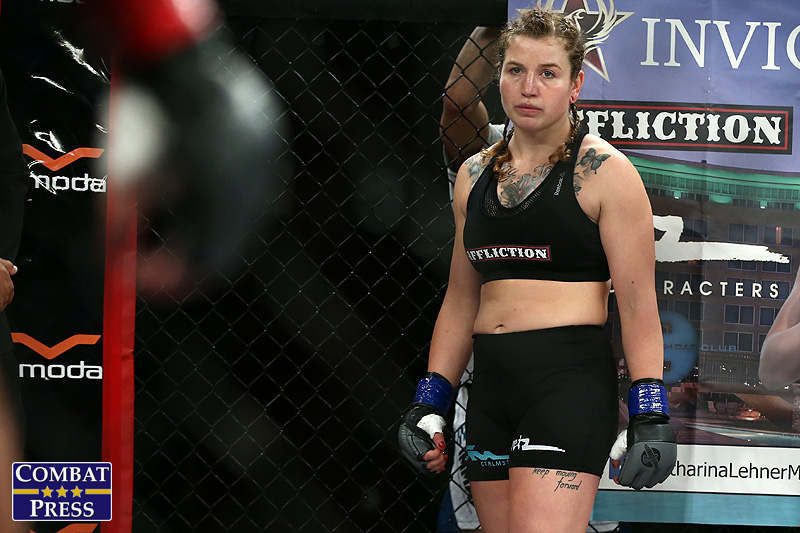 Let’s examine the women’s bantamweight division, a weight class that was the original women’s division in the UFC. It’s been thinned out due to the recent addition of the flyweight division, so the UFC needs to look to add talent here.

Nicco Montaño ascended to star status quickly in the year 2017, becoming the unlikely UFC flyweight champion after emerging as the ultimate underdog on The Ultimate Fighter. However, before Montaño’s glorious run to the top, she ran into Avila, an undefeated Californian who topped the current UFC champ earlier in Montaño’s career.

The 29-year-old Avila was undefeated as an amateur and has kept that perfection intact as a pro. In her time as a pro, she became the HD MMA bantamweight champion. She’s pretty well rounded, with a solid striking skill set and a grappling base.

She ran up a 2-0 record in 2017, including the HD MMA title victory. Avila started 2017 by besting the aforementioned Montaño in a five-round decision. That alone gives Avila a ton of credit and what should be an easy ticket into the UFC. She then quickly submitted Candace Maricle.

With the exodus of bantamweight talent to the flyweight division, there are plenty of openings the UFC needs to fill. Although Avila recently signed with Invicta FC, she is definitely one of the women that should fill that void in 2018.

Germany has been relatively quiet in terms of providing the MMA world with an abundance of high-level talent. However, the best prospect coming out of the country at this point is a woman by the name of Lehner.

The 27-year-old German has been dominant thus far in her MMA career, though the knock on Lehner is that she doesn’t finish fights. She’s gone to decision all but once in her pro career, which is something that needs to change. However, she’s a well-rounded fighter who can strike and grapple.

After having two fights canceled on her in early 2017, she still was able to get two fights in for the year. She earned a first-round stoppage via strikes over Alexa Conners at Invicta FC 25. That was followed by a featherweight bout in Germany, where she dominated Gemma Pike en route to a unanimous decision.

The UFC is big on snatching European talent for its frequent visits to the continent. Lehner is definitely a name the company needs to consider signing for one of its European cards. She would bring great skill and depth to a stagnant division.

Making her second consecutive appearance in this series, Russia’s Mokhnatkina moves down from the featherweight version of this list to join the bantamweights this year. The undefeated fighter moved down to a more proper weight while remaining just as dangerous.

The 29-year-old combat-sambo practitioner has been completely dominant in her career thus far. She’s very strong on her takedowns and she’s physically imposing. Once she gets the fight down, she doesn’t need much time to work her game. She quickly snatches submission holds. In fact, all of her wins have come via first-round submission, with her longest fight taking just shy of three minutes.

The Fight Nights Global veteran scored two wins in 2017 while fighting in her new weight class. She started her campaign off with a sub-90-second armbar of Irina Degtyareva. She then scored a kneebar finish of Karine Silva in under one minute. That’s an impressive submission, to say the least.

Mokhnatkina has already proven she’s ready for the next level, which includes the UFC. She has all the skills to be highly successful and eventually become a title contender. With wrestling being the rarest commodity in women’s MMA, Mokhnatkina matches up with any woman in the UFC bantamweight division right now.

In the sport of MMA, name recognition means almost everything, especially when you’re at the top of the sport. Antonina is the sister of MMA beast Valentina Shevchenko. This alone will lend her some headway in gaining the high-level promotion’s attention. But don’t be fooled. Antonina is definitely a top bantamweight prospect regardless of name, and she is inching closer to a UFC inking with each fight.

Like her sister, Antonina is a Muay Thai stylist unsurprisingly running with the Tiger Muay Thai squad. She’s very technical and precise with her strikes, though one could argue she’s not as powerful as Valentina. The 33-year-old also uses her striking defensively. She can keep the distance and stay out of the range of takedowns.

After not taking an MMA fight since 2005, Antonina finally returned to the sport this year with two bouts. In September, she ran through Anissa Haddaoui via unanimous decision. She made a quick turnaround in December and decisioned Valerie Domergue.

Shevchenko needs to start getting more active and scoring finishes if she wants a quicker ticket to the UFC. However, there’s no doubt she’s got high-quality striking and name recognition, so she’s got a chance to make it to the UFC sooner than one might think.

An Olympic background may be all Zouak needs in order to score the attention of the biggest MMA promotion in the world. That said, she’s also undefeated while running roughshod through the competition.

Zouak is Moroccan-French and just 31 years of age. She’s a 2012 Olympian in judo. She has a high-level takedown and submission-grappling game. The judo black belt has been working on becoming a well-rounded mixed martial artist.

She went 3-0 in 2017 under the Cage Warriors and Extreme Fighting Championship Worldwide promotions. All of her wins came by way of stoppage due to strikes, with her quickest victory coming in her last bout against South African Jacqualine Trosee. She’s not here to get any judge’s approval, but to finish fights for the fan’s delight.

Given her Olympic background and already successful MMA campaign, the UFC should be salivating over this prospect and perspective draw. Zouak would be an intriguing add, but she may require a tad more experience first.