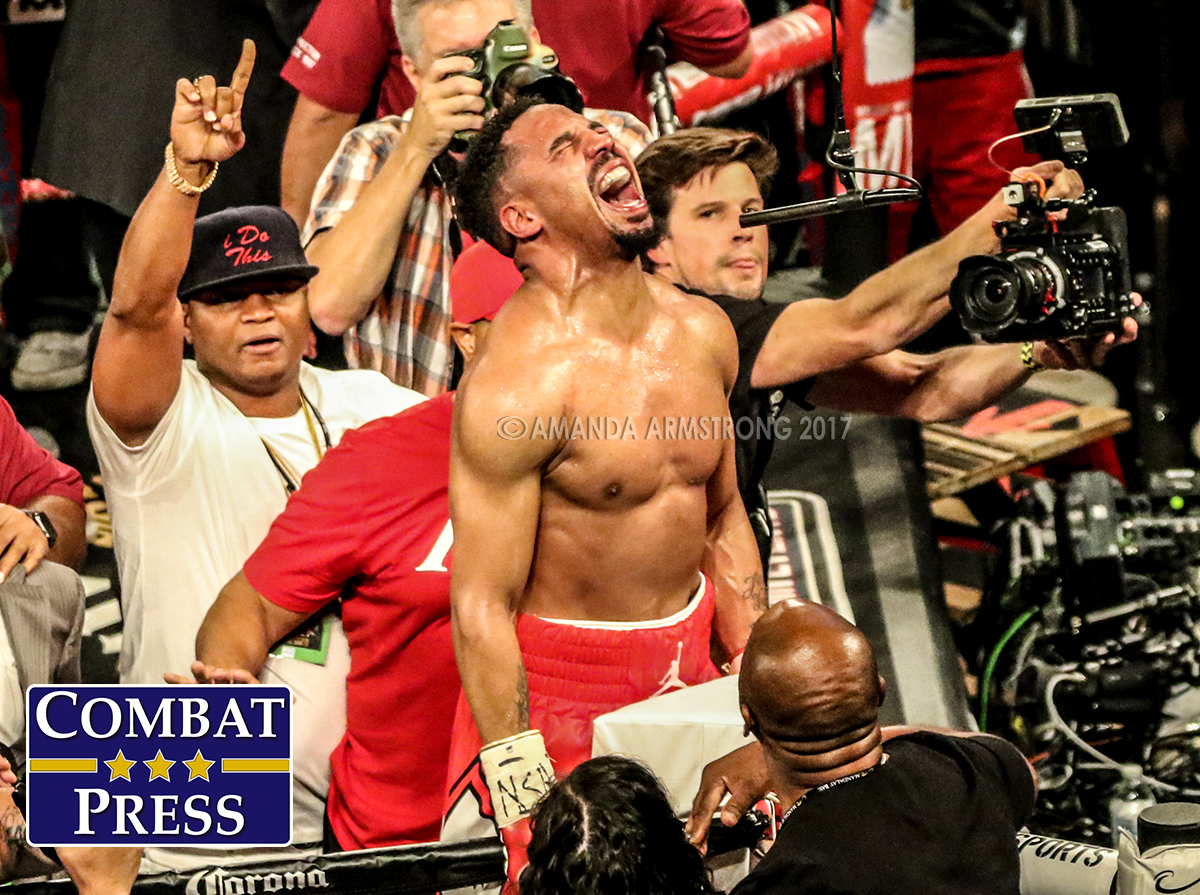 Below are post-fight quotes from the fighters and trainers, as well as a photo gallery shot by Amanda Armstrong for Combat Press.

“I’m ecstatic, I’m happy. I didn’t predict a knockout, but I said it could happen. I’ve been boxing a long time and, sometimes, a lot of writers and reporters they don’t take you at your word. If you look at my career and the way I’ve gone about things, I’m pretty matter of fact. I’m pretty straightforward. I don’t say anything unless I mean it. I have a lot of respect for Kovalev. He is a world champion. He’s been on top for a long time. He’s a great fighter; there’s not a lot of people that elite. I’m not going to throw him under the bus even though they did a lot of different things. But I knew the temperament that I was fighting. I don’t want to call him a frontrunner, but if he’s not having his way, he’s got to dig deep. I don’t know if he had the right answers tonight. Obviously, he didn’t because the fight got stopped.

“I think it was plain to see that I broke him mentally and physically. I’m not a person that demands respect or none of that. You don’t have to respect me and I don’t demand anything, but at a certain point and time, you got to give a person their just do. I’m 13 years in and I’ve been doing it against the best.

“What’s next? Cruiserweight? Heavyweight? I dream big. Anything is possible when you have God.

“If there are questions marks after this, that has nothing to do with me. I’m going to enjoy my family, kiss my wife and we out.”

“I told them [the media] that I only trained Andre for the knockout twice. The first was Chad Dawson. And the second was for tonight. And they laughed at me. But I knew what was going to happen because he [Ward] was healthy. Now we quieted all those who were whining and thought we didn’t take it the first time.”

“He hit with four low blows. The ref didn’t call them. I felt I could have continued. This is bullshit.”