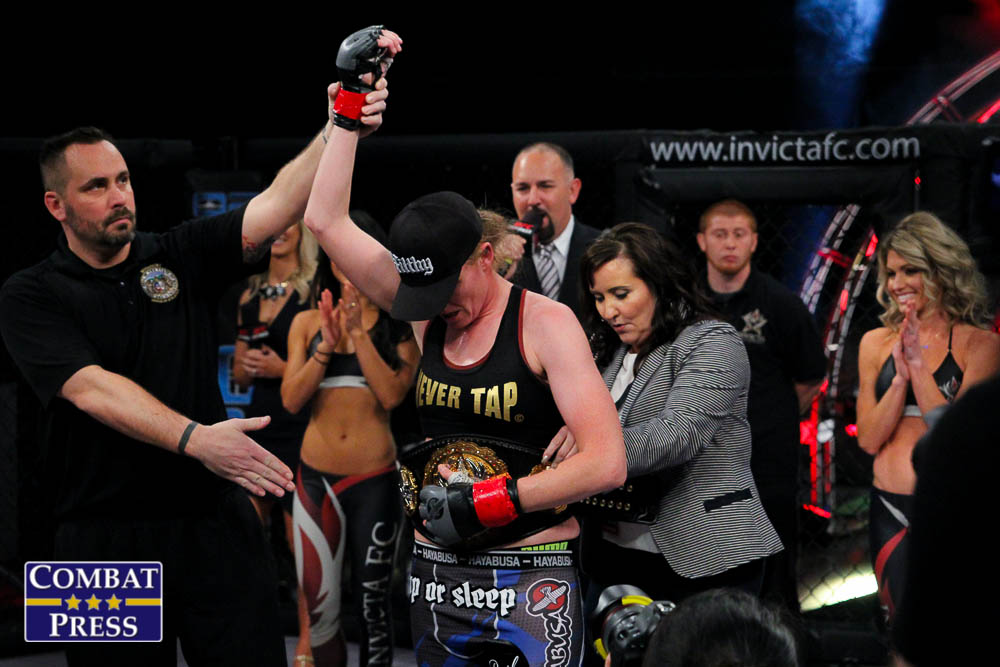 In the night’s main event, Invicta bantamweight champion Tonya Evinger once again put her belt on the line against Russian challenger Yana Kunitskaya. The pair met previously at Invicta FC 20, with Kunitskaya being ruled the winner via armbar in under two minutes. However, controversy followed due to the actions of referee Mike England. England shouted at Evinger for placing her foot on Kunitskaya’s face during her attempt to escape the submission hold. Evinger’s actions are permitted under the unified rules and she immediately filed an appeal with the the Missouri Office of Athletics. The bout was overturned to a no-contest and Evinger retained her title.

Below is photo gallery shot by Jeff Vulgamore for Combat Press. Click an image below for a larger version.