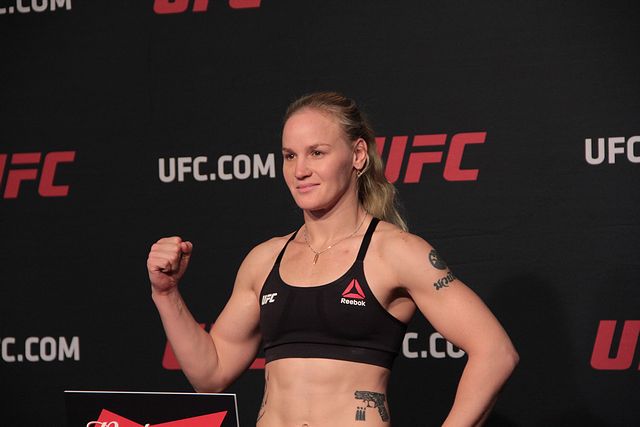 No fighters in the top 10 were in action during the past month, so the rankings remain unchanged. Looking into October, Kayla Harrison will be competing for $1 million when she takes on Taylor Guardado. Also, Leah McCourt will be in action for Bellator against Jessica Borga.

Raquel Pennington held her place in the rankings in September, as the former UFC title challenger defeated Pannie Kianzad. Looking into October, Holly Holm will compete at 145 pounds, when she takes on Norma Dumont. Also, Aspen Ladd will meet Macy Chiasson in an attempt to move up the 135-pound rankings.

Valentina Shevchenko continued her reign of dominance, as she defended her UFC title against Lauren Murphy at UFC 266. On that same card, Jessica Andrade defeated Cynthia Calvillo in impressive fashion. As of right now, no top-10 fighters are scheduled to fight in October.

No fighters in the top 10 were in action during the past month, so the rankings remain unchanged. Looking into October, Marina Rodriguez will headline a UFC Fight Night when she takes on Mackenzie Dern. Also, Amanda Ribas will fight Virna Jandiroba.

Seo Hee Ham moved up to 115 pounds in September as part of a ONE tournament and bested Denice Zamboanga. Also, Ayaka Hamasaki was victorious over Emi Fujino, keeping her as the solid #2 at atomweight. Ham will make a quick turnaround in October when she takes on Nong Stamp in the semifinals of the ONE tournament.