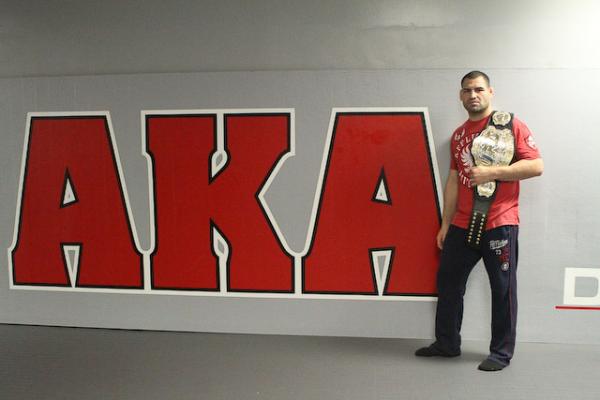 UFC 200: Cain Velasquez Finally Realizes Changes Are Needed, But is it Too Late?

Cain Velasquez seems to finally have realized he needs to make some changes in the training room. However, is it too little, too late?

Velasquez is heading into perhaps his biggest fight to date. The American Kickboxing Academy star has competed and defended the UFC heavyweight title on a handful of occasions, but his upcoming bout with Travis Browne could prove to be the most pivotal in his career.

It will be Velasquez’s first fight in just over a year. Inactivity is something to which the former champion and MMA fans have grown accustomed. After roaring up the rankings in 2008-09, Velasquez has been a mixed bag. He captured the heavyweight title from the seemingly (at the time) unstoppable Brock Lesnar at UFC 121, but he lost the belt in his next outing. Afterwards, Velasquez managed to secure the title again and put together four fights in two years.

However, 2014 and 2015 have proven to be major setbacks in Velasquez’s career. He stood on the sidelines for the entire year of 2014 and managed to step in the Octagon only once in 2015. In that lone fight, Velasquez couldn’t maintain his Terminator-like determination and durability against Fabricio Werdum. The fight lasted exactly two and a half rounds, but Velasquez clearly wasn’t his normal self.

Velasquez’s lack of preparation for Mexico City’s altitude was the culprit in his performance against Werdum. A rematch was scheduled for earlier this year, but, yet again, an injury forced Velasquez out of a big fight. Not only did he miss out on the chance to fight the last man to defeat him, but he’s also missing out on the chance to fight for the UFC belt. Given the arc of Velasquez’s career over the past few years, it seems the former champion has finally realized it is time for a change.

“Sparring three times a week isn’t as beneficial to me as, say, a guy who is just coming into the sport,” he said to media members. “I think I’ll cut sparring down to two days a week, maybe even one day. As long as I’m conditioned and sharp, that’s all I need.”

It’s no wonder Velasquez has experienced so many injuries to his joints if he was sparring three times a week. That’s a hell of a lot of wear and tear on the body just in those practices alone. Add in his insane strength-and-conditioning program, along with time spent on the grappling mats, and it’s easy to see where injuries would creep up. As Velasquez stated, he’s spent enough time in the gym and in the Octagon to know what fighting is like. It shouldn’t take as many rounds to get him “fight ready.”

It’s good that Velasquez is realizing he needs to shake things up, but it’ll be curious to see how he comes back from another injury. He’s gone through a handful of injuries involving his knees and shoulders, two joints that are notoriously difficult to rehab back to full strength. With so much of his game dependent on the ability to wade through an opponent’s offense and outwork them, eventually the hard rounds at AKA are going to catch up with Velasquez. Given the length of a prize fighter’s career, all those hours Velasquez spent fighting for free behind AKA’s doors have caused him to miss out on a couple of big paydays.

UFC 200 will be biggest event in the promotion’s history. If Velasquez can make it to July, he’ll have the chance to validate his status as one of heavyweight division’s elite fighters. We’ve seen what he’s capable of doing when going through nagging injuries and fighting hurt. Now, just imagine what he’s capable of when at full strength.