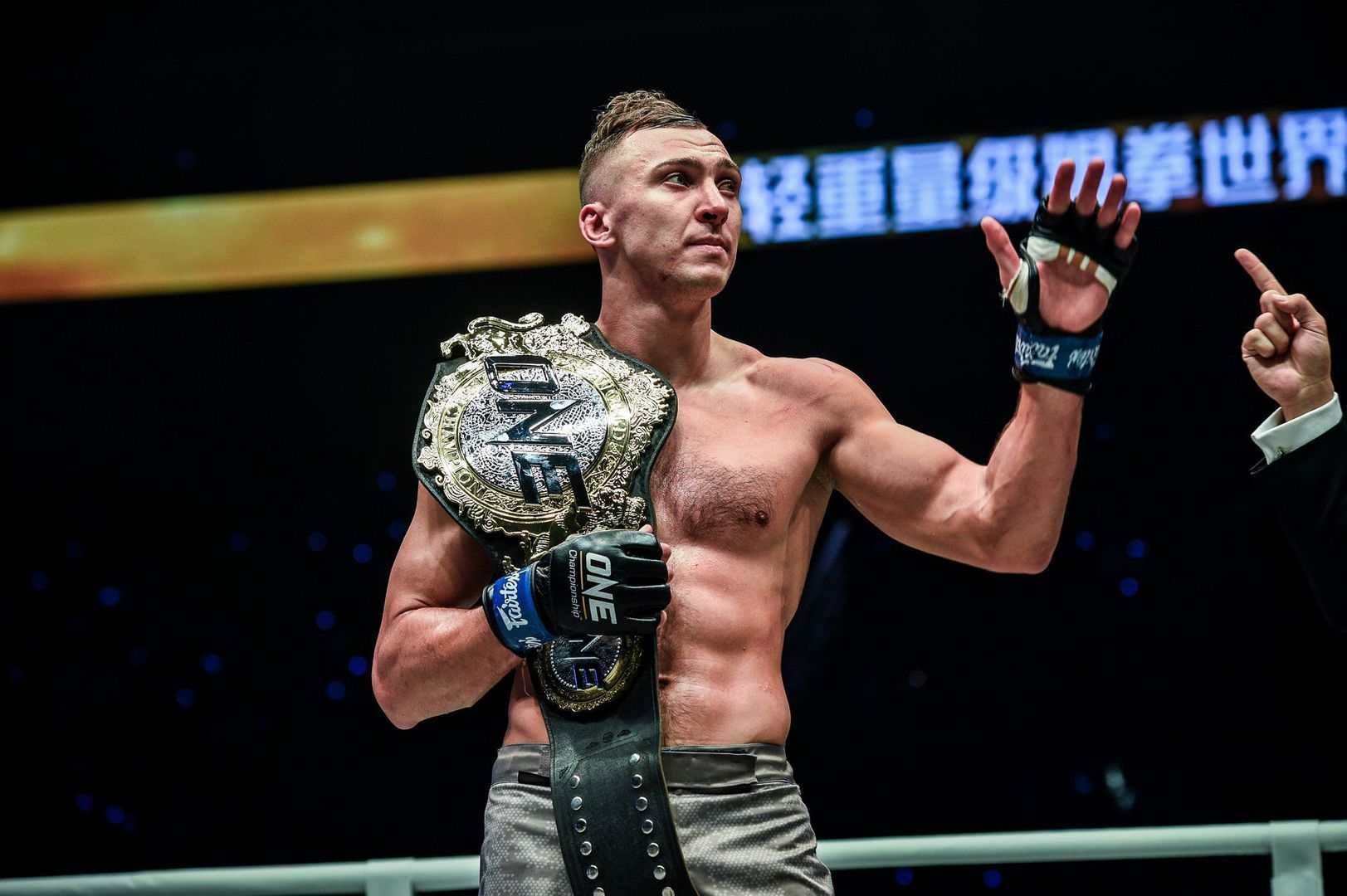 After an incredible night in Yekaterinburg that featured Russian kickboxing at its finest, ONE Championship returns to its flagship destination in Singapore to deliver another anticipated night of ONE kickboxing and MMA bouts.

ONE Championship: Big Bang is headlined by current ONE light-heavyweight kickboxing champion Roman Kryklia and former top-ranked heavyweight Murat Aygün in a clash for the ages. Kryklia is currently ranked as a top-three heavyweight in kickboxing. He is on a nine-fight winning streak and captured the ONE light-heavyweight belt along the way. The challenger, Aygün, is making his promotional debut after compiling an impressive 16-1 kickboxing record.

The co-headliner is a featherweight clash in the MMA realm between Koyomi Matsushima against grappling legend Garry Tonon, who is making his sixth ONE appearance since March 2018. Matsushima has compiled a 12-4 record, including a 3-1 mark within ONE, and is most recently coming off a third-round TKO victory over Jae Woong Kim. Tonon has compiled an undefeated 5-0 record in ONE. The winner likely sets themselves up for a title shot sometime in 2021.

Despite a stacked bill, all eyes will be on promotional newcomer and kickboxing legend Marat Grigorian in his ONE debut. Grigorian has compiled an outstanding 57-11-1 record in his professional kickboxing career, won multiple championships in various organizations, and holds notable victories over Sitthichai Sitsongpeenong, Superbon Banchamek, Christian Baya and Jomthong Chuwattana. The GLORY lightweight champion hopes to continue his legacy in ONE when he takes on Russian kickboxer Ivan Kondratev, who looks to play spoiler in perhaps the most anticipated ONE kickboxing debut of the year.

ONE Championship: Big Bang starts at 7:30 a.m. ET and is composed of five fights. American fans can view the entire show for free on B/R Live. International fans can tune in on the ONE app.

Aygün suffered his lone professional loss in December 2019 when a cut led to a doctor’s stoppage TKO against James McSweeney. Aygün has otherwise been perfect in his professional combat career to rightfully earn a spot on the ONE heavyweight roster. The Dutch fighter, who stands 6-foot-1 and trains under the tutelage of legendary heavyweight kickboxer Peter Aerts, is one of the most dangerous heavyweights in the sport today. Aygün possesses a very robust and crafty arsenal. His most common weapon is his infamous right leg kick that he uses to batter his opponent’s trunks before unloading with powerful left hooks and straight rights. Despite possessing brutal knockout power, Aygün approaches his fights with a well-crafted and clear game plan. He uses his leg kicks to set up punches in bunches that wear out his opponent for as long as the fight lasts. The heavyweight powerhouse will now get a chance to showcase his skills against one of the best the sport has to offer.

Kryklia is a highly ranked heavyweight kickboxer for a reason, and he will only solidify his standing when he takes on Aygün. The towering 6-foot-6 champion has compiled an impressive 45-7 professional record and is 23-2 since December 2015. The vintage Krkylia knee knockout is a display of the sheer destruction this heavyweight kickboxing sensation is capable of unleashing. Born in the small town of Krasnograd, Ukraine, Kryklia began training at a very young age before elevating himself into the combatant he is today through hard work, persistence, and numerous hours spent in the gym. After finding lasting success in promotions such as K-1 and Kunlun, Kryklia made the move to ONE in November 2019 and challenged Tarik Khbabez for the league’s light-heavyweight championship. Despite Khbabez’s experience and undefeated streak in ONE, Kryklia dominated the affair and scored a second-round TKO via the three-knockdown rule. Due to his immense height and reach advantage, the champion is able to pepper his opponent with long-range strikes, including various kicks, knees and punches. His left hook and knees are exceptionally dangerous and have led to numerous knockouts throughout his illustrious career.

Aygün is a formidable opponent with an impressive kickboxing resume, but none of this will matter when he faces Kryklia. The champion will score a TKO victory and perhaps look toward a 2021 showdown with Rico Verhoeven.

Top lightweight kickboxer Marat Grigorian is set to make his promotional debut opposite Ivan Kondratev. How much of a threat is Kondratev to play spoiler to the star’s first appearance with the company?

Despite Kondratev’s standing as a talented kickboxer with two Russian kickboxing championships on his mantel, he will be nowhere near a threat to one of the best lightweight kickboxers of all time.

Throughout his illustrious kickboxing career, Grigorian has truly fought the best of the best while compiling a 57-11-1 record. Known for his relentless style and infamous knockout power, Grigorian has finished 32 of his 58 victories via TKO or knockout and comfortably ruled the GLORY lightweight division since becoming champion in 2019. He is also known for forming a remarkable five-fight rivalry with legendary Thai champion Sitthichai Sitsongpeenong. After losing to Sitsongpeenong four times, Grigorian was finally able to get the better of his respected nemesis in 2019 when he defeated Sitsongpeenong via unanimous decision to win the GLORY strap. Now, he looks to further build his legacy by joining ONE’s featherweight division.

Grigorian will use this opportunity to signal that he intends to challenge for ONE gold very soon. He will pummel Kondratev with various lead leg kicks, straight crosses, and left hooks to the body as Kondratev looks to answer back in any way he can. After a hard-fought three rounds, Grigorian will get the unanimous nod and perhaps earn a rematch with Superbon Banchamek, who recently topped Sitsongpeenong via unanimous decision.

The MMA affairs in this lineup feature a number of potential future title contenders. Which two fighters will make the biggest impressions on Friday?

Despite being only five fights deep into his MMA career, Tonon has done nothing but shine by compiling an undefeated record and notching all his wins by way of either submission or knockout. Tonon has 95 submission-grappling matches under his belt and holds a grappling advantage over almost every single current ONE combatant. His performances in the organization have already earned him a top-five ranking from ONE in the featherweight division. He will only climb higher once he defeats Koyomi Matsushima.

Masunyane, an undefeated flyweight, made his ONE debut in December 2019 when he defeated Ryuto Sawada via unanimous decision. For his sophomore appearance, he is tasked with taking on ONE veteran Rene Catalan, who has compiled a 6-3 professional record at 41 years old. Expect the younger and hungrier Masunyane to dominate Catalan en route to another unanimous decision.