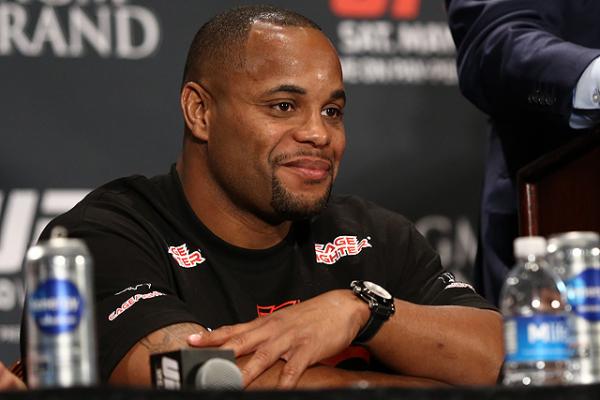 What is Daniel Cormier’s Path Back to UFC Title Contention?

For just about every reason imaginable, Daniel Cormier’s recent loss to Jon Jones was as soul-crushing of a defeat as we’ve seen in the Octagon. The loss represented the first of Cormier’s career. The first career loss is a major mental obstacle that has deterred plenty of fighters in the past if they’ve been unable to gain their momentum back. It pushed an already 35-year-old Cormier a few rungs back down the light heavyweight ladder that he’s quickly running out of time to climb again, and it came against the one opponent that Cormier would have given anything to beat. It doesn’t get any more agonizing than that.

MMA is one of the rare sports where on occasion we see a fighter’s entire career put on the line when they finally get a shot at a title. In the case of Cormier, the magnitude of the fight combined with his age made his chance at the belt feel even more crucial than most, and his reactions in the moments and weeks following the fight prove that he shared that opinion.

From the tear-jerking video featuring Cormier and his training partner, Cain Velasquez, showing “DC” breaking down a bit following his loss in the backstage area, to Cormier’s recent interview with MMA Fighting where he revealed he’s watched the fight against Jones “100 times,” it’s clear that Cormier knew from the moment he left the cage how much of a blow the loss had dealt to his career. Cormier had talked the more trash and gained more believers than anyone who had stepped in front of Jones since the young champ won his belt, but in the end Cormier didn’t even push Jones as hard as some of his previous opponents. With Jones seemingly fighting a revolving door of contenders, the road back to the title is going to be extremely challenging. Cormier is going to have to defeat at least one of the top names in the division that he was able to leapfrog on his way to Jones.

The first and most obvious match-up for Cormier to take next is a bout against former top contender Alexander Gustafsson, who just suffered a major upset loss to Anthony “Rumble” Johnson in front of a hometown Swedish crowd and had his rematch with “Bones” taken away from him. On paper, a fight between Cormier and Gustafsson makes a ton of sense. It will determine which fighter is going to step back into the main-event scene and earn another crack at Jones.As much motivation as Cormier, whose career is likely winding down soon, has to get back to the top, Gustafsson’s need to get back into the win column following the devastating loss at home may be even greater. This fight could easily be booked to determine the next contender for the winner of Jones-Rumble.

Of course, nothing is ever that cut-and-dried in the UFC. If, for some reason, the promotion decides that a fight between Cormier and Gustafsson isn’t in the cards, there’s still a very enticing option left open for “DC” to fight and remain in the thick of the title picture. That option is a fight against Rashad Evans. Originally booked to face off last year in order to determine a new contender for Jones, Evans and Cormier are two of the most recognizable faces in the UFC’s 205-pound division and would provide the UFC with an amazing pay-per-view co-main event this summer. Although their friendly relationship won’t allow them to provide the hype both men gained individually in their rivalries with Jones, a bout between the two to determine which man would get a shot to avenge their loss to the champion would be every bit as intriguing as a battle between Cormier and Gustafsson in the eyes of the casual fan.

Those two match-ups seem like the most likely scenarios for Cormier, mostly because his road back to the title is likely going to be more difficult than it is lengthy. Despite his failure to walk out of Las Vegas with the belt earlier this year, the months of hard work promoting the fight definitely paid off to make Cormier one of the more solidified new stars the UFC has created in the past few years. In a division that’s getting thinner and thinner with each “Bones” title defense, it’s doubtful the UFC is going to make a fighter of Cormier’s talent and popularity win more than a fight or two before he ends up back in the cage with Jones. In a division where Jones will have defeated the entire top five in the rankings if he gets past Rumble, it shouldn’t be too hard for Cormier to jump back to the front of the line with a win.

Cormier’s loss to Jones probably felt like the end of the line for most of his fans. For many fighters, it probably would have been. In pretty much every other division in the UFC, losing an obvious decision in a mediocre title fight is enough to push a fighter damn near completely out of the title picture. However, at 205, Jones has been so utterly dominant that there’s still hope for “DC.” It’s not going to be easy, as Cormier will have to bounce back from a devastating loss and attempt to score the biggest win of his career all in the same night. If he can pull it off, though, Cormier’s title dreams can start to become a reality again.