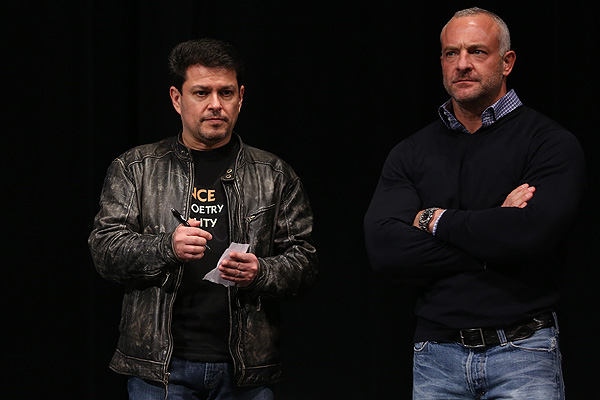 New UFC matchmaker Mick Maynard may be tossing out challenges for disgruntled fans to come to his Houston home and confront him face-to-face, but that’s not something we would ever see from outgoing UFC matchmaker Joe Silva, whose long run with Zuffa came to an end in 2016. His last event was the New Year’s weekend UFC 207 pay-per-view.

For years, Silva played puppetmaster for the UFC. He held every fan’s dream job, getting to construct match-ups that would bring the UFC closer and closer to the mainstream. He never sought the spotlight and hardly ever spoke to the media. This is a man who let his fight matchmaking do the talking, and he has always been gracious to those who enjoy the product. He’d even walk from the arena back to the hotel while discussing match-ups with interested fans.

Silva’s run as one of the most powerful people among the UFC brass started over two decades ago when the UFC was still owned by SEG. For the past 21 years, he has overseen the matchmaking for a majority of the UFC’s fights, eventually yielding control of the lighter weight classes to former WEC matchmaker Sean Shelby. Upon the UFC’s sale to WME-IMG, Silva reportedly profited enough to hang up his hat.

Silva’s impact on the sport was tremendous. He brought a passion to his job and sought to deliver match-ups fans wanted to see. His departure following the 2016 season brings a close to an era for the UFC. The aforementioned Maynard and Shelby will now seek to continue Silva’s legacy, but those are some big shoes to fill.

Silva’s swan-song campaign, which included worthy Event of the Year contenders UFC 199, UFC 205 and UFC 206, makes him a very deserving winner of the Combat Press 2016 Executive of the Year award.