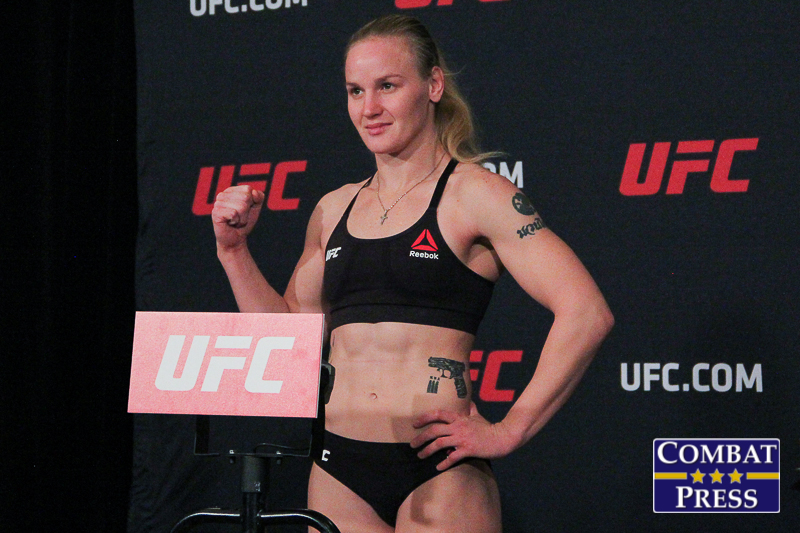 On Saturday, July 8, the UFC will host UFC 213: Nunes vs. Shevchenko 2 from the T-Mobile Arena in Las Vegas.

In the night’s main event, reigning women’s bantamweight champion Amanda Nunes rematches Valentina Shevchenko. The pair met previously at UFC 196, with the Brazilian Nunes taking home a unanimous decision win. Since then, Nunes has defeated former titleholders Miesha Tate and Ronda Rousey to sit atop the 135-pound division. Shevchenko, meanwhile, bounced back from the loss to Nunes with wins over former champion Holly Holm and TUF winner Julianna Pena to earn her shot at gold.

The co-main also features gold on the line as Yoel Romero and Robert Whittaker clash for the interim middleweight title.