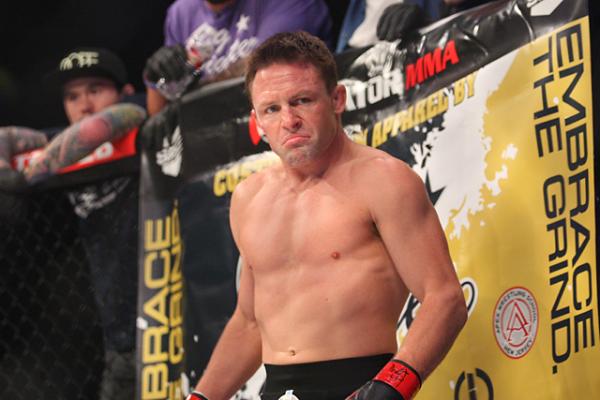 Bellator 151 takes place on Friday from the WinStar Casino in Thackerville, Okla. The card is headlined by Darrion Caldwell and Joe Warren, and title implications are at play.

This is a fight and a card that has gone under the radar. The first bout of the main card is a contest between Bellator veteran Joe Taimanglo and newly signed bantamweight Sirwan Kakai, whose release from the UFC after he obtained a 1-1 record for the promotion left many puzzled.

Following that fight is a contest between Bubba Jenkins and Goiti Yamauchi, where the winner will find themselves closer to a title shot and the loser, well, back to the end of the line.

Then there’s the co-headliner, which features Fernando Gonzalez and Gilbert Smith in a clash of welterweights. Smith, a UFC and Resurrection Fighting Alliance vet, is replacing Michael Page, who was forced to withdraw with an undisclosed injury.

Combat Press was fortunate enough to discuss three of these fights with Bellator color commentator Jimmy Smith. Smith, a BJJ black belt, is widely regarded as one of the brighter minds in MMA, with an ability to breakdown fights like no other.

First impression of the fight when it was announced:

“I think Darrion Caldwell is perhaps the best under-the-radar fighter in Bellator. I mean, the guy is spectacular, a great wrestler, national champion at North Carolina State, explosive, physical, great finisher, undefeated. He has every weapon you can possibly imagine at 135 pounds. He’s fought mostly on the undercards for Bellator. He hasn’t gotten the push as a main-card guy and then, boom, suddenly he’s fighting Joe Warren in the main event. [It’s] a big step up for him, but I think he’s ready and Joe has to pull out another one of those miracle wins he’s gotten so accustomed to pulling out, because he has a tough test in front of him.

“The MMA community has written off Joe Warren so many times. I remember when Alexis Vila knocked him out. We wondered if he’d ever fight again. And then [Pat] Curran destroyed him, [and we] thought he’d never fight again. There’s so many times where you thought this is the last stop for Joe Warren, then he upsets [Eduardo] Dantas for the world title. And then [Marcos] Galvão beats him. His career has been a bunch of ups and downs, and he’s fought the best in the world. Every time you think this is the time it’s gonna catch up with him, he ends up winning. So you never know. You can’t count that guy out.”

The Differences in Wrestling And Their Styles:

“Warren’s a grinder and Caldwell, a magician. [Caldwell]’s explosive and athletic and all those things. Warren’s a Greco[-Roman] guy, which is chest to chest, upper body, grind your opponent down, make them pay, wear them out — that’s what he does. Darrion Caldwell is the kind of guy who will hit an ankle pick from across the cage. Their styles of wrestling, although they’re both simple folkstyle wrestlers — Joe Warren an All-American at Michigan [and] Darrion Caldwell a national champion — the way they generally approach their game is, Warren’s a Greco guy and Caldwell is a freestyle, folkstyle, take-them-down guy.

“It’s all about range. Joe Warren has to get it tight, make it about the clinch game, make it about the upper body, tie-up kind of game. Darrion Caldwell wants to play from the outside, where he can get some crazy, low single legs and ankle picks and stuff. It’s about range. Caldwell is faster from the outside. Joe Warren manhandles guys from the inside. Warren is 5-foot-5, Darrion Caldwell is 5-foot-10. If Joe Warren gets on the inside of him and neutralizes that range, makes it an inside-a-phone-booth kind of fight, he’s going to be successful.”

The Striking Department and the X-Factors of Darrion Caldwell:

“Warren has shown advances in the striking, and he has finished with strikes, notably Joe Soto. So, he can finish a guy with strikes. Darrion Caldwell… His explosiveness, his athleticism, and if that translates to his striking game — who knows what’s he picked up? It’s early in his career. He hasn’t fought under the big lights like Joe Warren. It just may be a matter of we just don’t know what he has in his toolkit for striking, but Joe Warren better be prepared.

“Fernando Gonzalez. The fight he always brings is in your face, chest to chest. He throws a ton of strikes, he never backs up and is pretty well rounded. He enjoys punching more than kicking. When I think about Fernando Gonzalez, I think about the Marius Zaromskis fight, where they stood toe-to-toe, forehead to forehead and threw for 15 minutes. I mean, it was unbelievable, the volume of punches. He’s not a one-shot knockout guy, generally. He’s just a guy who wears you completely down.

“Gilbert Smith has had 16 fights. He’s 12-4. He’s going to have to weather the storm of Gonzalez, which not a lot of people can do. You don’t get a wide variety of fights when it comes to Fernando Gonzalez. He stands there and throws. And if a guy wants to take him down, that’s OK, but with Fernando, you know what you’re going to get. Fernando has to worry about the takedowns, but with ‘MVP’ he had to deal with a rangy, weird kind of style — the viper kind of strikes. Gilbert Smith doesn’t have that kind of style. So, in a sense, it might be easier for Gonzalez in he doesn’t have to deal with with the rangy kind of game.”

“[I] can’t wait. Can’t wait. 145 [pounds] is stacked. It’s the most stacked division, I think, in Bellator. It’s one of those things where if you’re not moving forward, [then] you’re moving backward. And Bubba Jenkins and Goiti Yamauchi, they know that.

“The issue you’re going to have is Bubba Jenkins’ strength is his wrestling game. He’s a national champion at Arizona State. Does he want to take Goiti Yamauchi down, whose guard is a nightmare — unbelievably flexible long legs [and] incredibly aggressive. Do you want to use your strength, your style strength, against a guy in Goiti Yamauchi who can tap you out? It might be one of those things where Bubba, for the first time, really relies on his stand-up, really relies on his takedown defense and makes it a boxing match.

“Goiti Yamauchi. He’s looked sharp on his feet. It’s one of those things, where it’s a pick-your-poison kind of thing. Does Bubba Jenkins want to rely on his takedowns and worry about the jiu-jitsu, where I think Goiti is the strongest on the ground? But he hasn’t looked bad in the stand-up either. It might come down to the boxing. Who’s done the most preparation in the stand-up? Every time, Bubba shows us something new. Every time, Goiti shows something new. Goiti losing to Will Martinez, that really turned him around. That really got him motivated to improve. And Bubba Jenkins losing to Georgi Karakhanyan has done the same thing. Both guys were motivated by losses. Both were moved forward by losses. They know that, in this division at 145, you can’t be so-so. You can’t be decent. You have to be great every single time.”