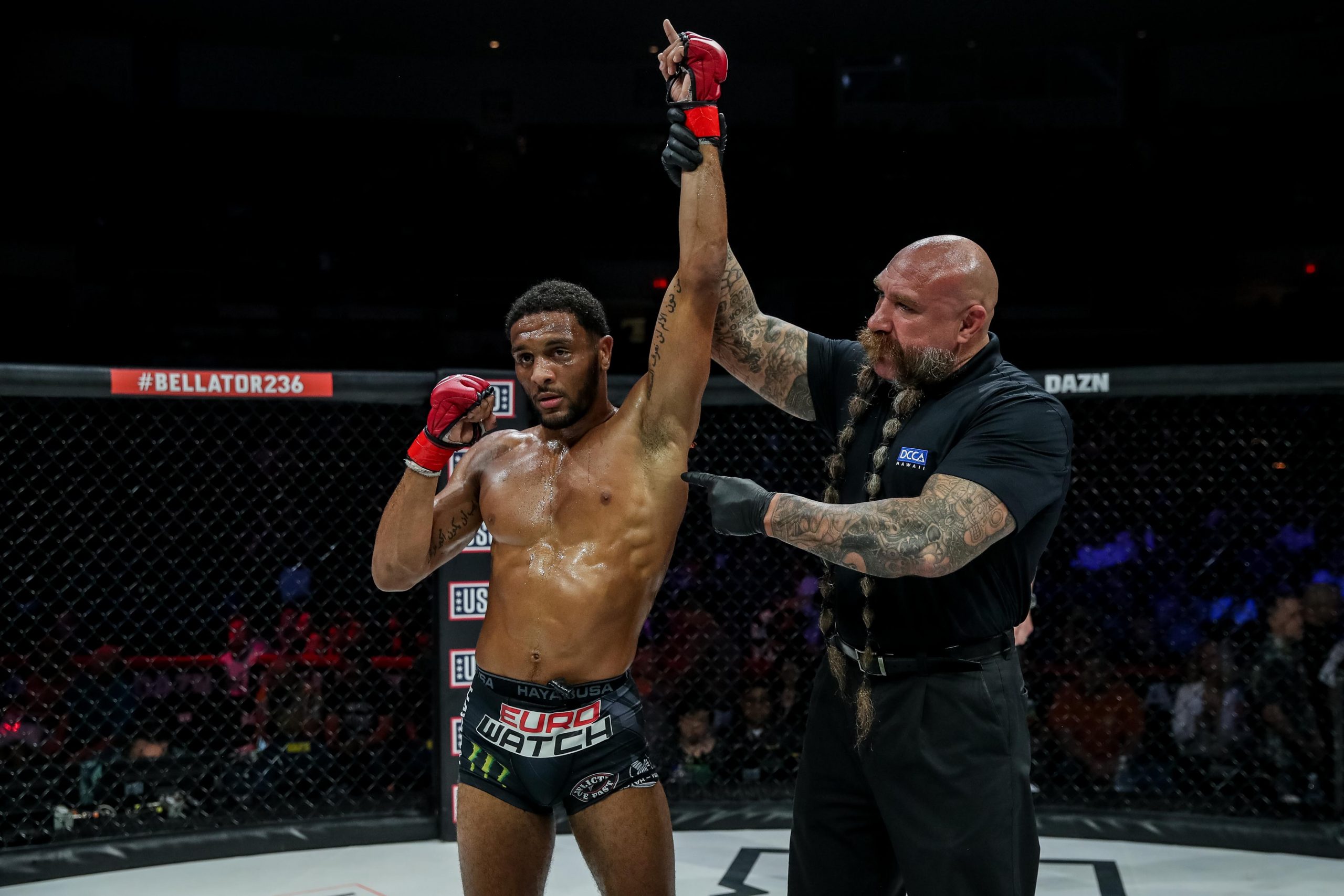 Submission of the Year
AJ McKee vs. Darrion Caldwell (Bellator 253)

When Bellator decided to bring back the tournament format, the featherweight grand prix’s lineup was celebrated by fans. Just like the wandering unknown that is MMA, the finalists were not exactly who was expected. Former champions like Pat Curran and Daniel Straus? Out in the first round. Current champion Patricio “Pitbull” Freire will have a rematch with Emmanuel Sanchez in the coming year. Meanwhile, the most shocking development? It would have to be AJ McKee’s submission of Darrion Caldwell.

There is no telling how many times a fighter has been in the position that Caldwell was in. That’s the reason why he felt he was in no danger. Apparently, no one told that to McKee. Watch McKee’s face at 56 seconds into the first round. It was as if he was ready to land in that exact position with Caldwell.

McKee clasped his hands together, transitioned his legs from full guard into a body triangle, and locked in one of the most beautiful modified neck cranks the MMA and jiu-jitsu worlds had ever seen. It was methodical and not easily replicated. It only took a few more seconds before Caldwell was frantically tapping. The amount of pressure that McKee applied on Caldwell is still incredibly uncomfortable to watch, and yet, just like a limb break, you cannot look away.

The McKee-otine name was presented to the world. It’s this year’s choice as the Combat Press Submission of the Year. Maybe McKee will surprise us all again and use it in the finals against the winner of Sanchez-Freire II.