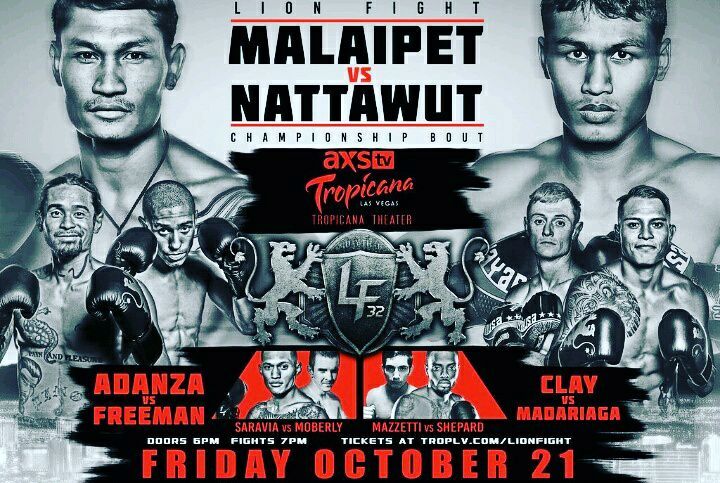 In the main event of the evening, Thai veterans Malaipet Sasiprapa and Jo Nattawut squared off for the vacant middleweight title. Malaipet was originally scheduled to face American Ky Hollenbeck, but Hollenbeck was forced to withdraw due to a knee injury. The reigning super welterweight champion Nattawut stepped in on three days’ notice to attempt to become a two-division champion.

The action kicked off at 10 p.m. ET on AXS TV. Above are video highlights of the main card (courtesy of AXS TV).