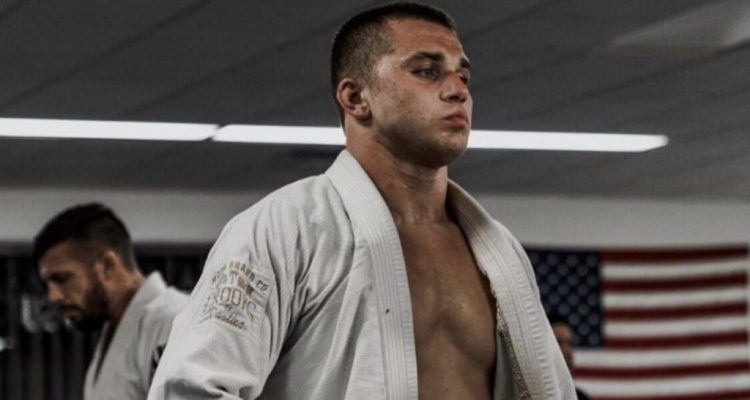 Brazil has an abundance of top talent in the lighter weight classes, but the amount of prospects tends to thin as we get to the heavier weight classes. That said, Junior has been on an absolute tear lately. Furthermore, he has done so while taking on increasingly tougher competition.

A member of LG System in his native country, Junior is both an exciting fighter and a finisher. In his recent seven-fight winning streak, he knocked out four and choked out three. In 2020, he scored huge wins over UFC veteran Ildemar Alcantara and Leonardo Vasconcelos. Both fights were over within round one.

After his win over Alcantara, Junior called for his shot in the UFC. Quite frankly, he deserves it. He has the style to win over the brass and the fans. Given the size of the MMA market in Brazil, he could be thrown on a card in his homeland once the UFC goes back to live shows around the world.

The undefeated Russian has rapidly become one of the top 205-pound fighters outside of the UFC. Magomedov has been an ace in the cage thus far in his career, rarely ever finding himself in trouble.

Magomedov is a typical Russian sambo fighter. He possesses good submission wrestling and powerful strikes. He has blasted through the competition and has done so against legit opponents. In 2020, he scored a knockout of Carlos Eduardo before dominating Murat Gugov en route to a decision nod.

Magomedov’s skill set could lead him to great success in the UFC. He could easily get into the top 15 within a couple fights.

It was a busy year for the 22-year-old Maximov, and a very successful one, too. He is the second-youngest fighter to appear in this series. He’s not only a good fighter now, but his potential is unlimited.

Maximov, who is a very physically strong and athletic fighter, went 3-0 in 2020. After rear-naked chokes of Robert Allensworth and Johnny James Jr., he took a late-notice spot on Dana White’s Contender Series and fought at heavyweight against the much larger Oscar Cota. True to his style, Maximov outwrestled and outgrappled Cota to score a decision victory. In the aftermath, the UFC boss said he wanted Maximov on the upcoming new season of The Ultimate Fighter.

The reality show could be Maximov’s route to a UFC contract. He is a great, young talent that the UFC can start building up, and he’s not even near his prime yet. Once this student of Nick Diaz Academy rounds out his game, he’s going to be a very tough out for most opponents.

This undefeated Russian is a typical fighter from the region. He is vicious and tough as nails. Nasrudinov has dominated the Russian regional scene, and he’s clearly UFC ready, as he has showcased in his nine fights thus far.

Nasrudinov is solid both on the feet and the mat. His ground-and-pound and control on the canvas are the key to his game. In 2020, he bested UFC vet Cory Hendricks by decision before stopping fellow prospect Evgeny Egemberdiev in his most recent outing. Nasrudinov does go the distance a little too often, but this could be because he doesn’t generally fight cans.

Nasrudinov would be an immediate threat if signed by the UFC. The UFC needs to get him before he’s locked in with a foreign promotion.

Petrosyan has just three pro fights under his belt, but he still looks to be a top prospect. The 30-year-old proved in 2020 that he could take on legitimate talent and win in convincing fashion, thrusting him into discussions as one of the top 205-pounders outside of the major promotions.

Petrosyan is an excellent striker with a kickboxing background. He has excellent technical skills, as well as big knockout power. All three of his wins have come via knockout, including his lone 2020 appearance where he crushed the formerly undefeated Artur Aliskerov. He proved with that win that he could step up in competition and thrive.

Petrosyan is set for a January fight against Dmitry Minakov. The fight will be with Fight Nights Global, a promotion that has sent a lot of fighters to the UFC. If he’s able to score another victory, it should be more than enough to catch the UFC’s eye.