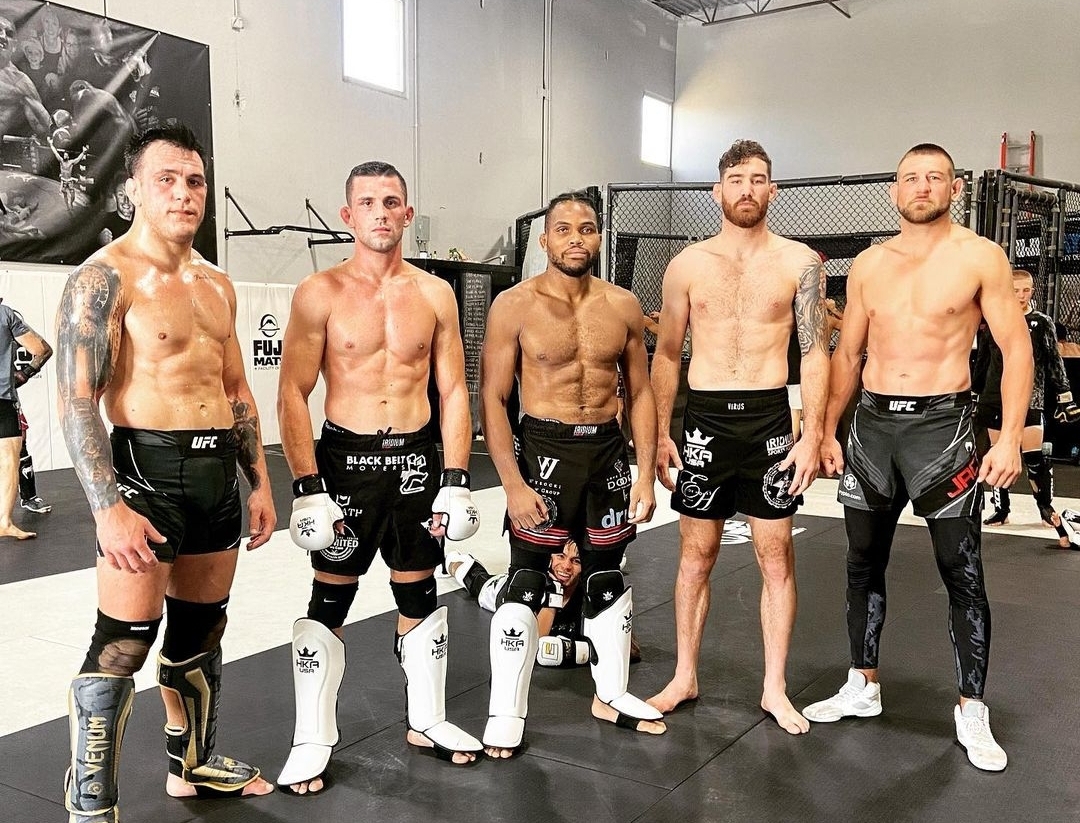 The Jacoby train just keeps on rolling, and the ranked UFC light heavyweights are starting to get out of the way.

It should be well-known by now that there have been three distinct stages of Dustin Jacoby’s fighting career. The first involved the Colorado native getting fired out of a cannon with a 6-0 pro record, making his UFC debut at only 23 years of age, getting cut after back-to-back losses, and bouncing around a few other promotions for a few years before taking a break from MMA. The second stage of his fighting career was purely kickboxing, and after a highly successful run in the GLORY middleweight division, he lost back-to-back battles to Simon Marcus, won one more fight, and decided to go back to MMA. It’s the third stage that gets very interesting.

The Factory X Muay Thai standout Jacoby never left MMA completely, and always planned on making a return. After maturing as a well-rounded fighter, and fine-tuning his striking skills in GLORY, he got back to the cage in a regional show in 2019, won on Dana White’s Contender Series in 2020, and was given a new life on the UFC roster. Since his second promotional debut two years ago, he has gone 6-0-1, with his lone draw to Ion Cutelaba being highly questionable, as most people, including his opponent, thought Jacoby won that fight.

Jacoby’s last outing was last July, when he took out South Korea’s Da Un Jung. The American had slight height and reach disadvantages, and his opponent had not lost a fight since his third pro fight in Oct. 2015. However, Jacoby won by knockout only three minutes into Round 1.

“My opponent Da Un Jung was a rising up-and-comer,” Jacoby told Combat Press. “I was a little nervous for that fight. I just cracked into the top 15. You know, I didn’t want to get there and get booted out right away. I wanted those nerves to work to my favor, and they did. I had a great performance. I took out a big guy who was on a 15-fight unbeaten streak. He has a lot of height behind him. He was 4-0-1 in the UFC, and, I think, you know, being from a different country and having a different backing, the UFC would like to push that guy. I was able to put a stop to that and move on.”

His last fight was Jacoby’s second of 2022. In March, he took on Michal Oleksiejczuk at UFC 272 in Las Vegas. That one went the distance, and the former GLORY kickboxer won by a dominant decision. After both of those fights, he landed in the fourteenth spot of the promotion’s official rankings. This is the point where things started to get tricky. Jacoby wanted a third fight for the calendar year, but he wasn’t getting what he wanted. That finally changed when he got a contract to fight Khalil Rountree tomorrow night at UFC Fight Night: Kattar vs. Allen, live from the UFC Apex in Las Vegas.

“The week after my last fight, we reached out to the UFC, and we asked for Volkan Oezdemir,” Jacoby explained. “He fought the week after I did in July. They reached out – he won; he beat Paul Craig – and he turned me down because of the ranking. He was No. 9 at the time, he had just beat No. 8 Paul Craig, and I was No. 15. I had beat nobody ahead of me, so I just moved up to No. 14, and he had his eyes on a higher match-up. Because of the ranking, he declined.

When Jacoby mentioned that Oezdemir was “checked out,” he meant like a library book, so to speak. The Swiss fighter was set up to fight Nikita Krylov at last weekend’s UFC 280 in Abu Dhabi. After three rounds, Krylov won a decision, and Oezdemir has since dropped to No. 10 in the official UFC rankings. Currently sitting at No. 13, Jacoby looks forward to taking on a big-named fight in the unranked Rountree.

“I love the match-up, man,” said Jacoby. “They actually offered Rountree to me back in March, and he turned me down. So, I’ve got a little one-up on him, in that sense. And, I think that you know he’s a stand-up fighter – very limited ground game – and I think I’m better on the feet. I think I’m better everywhere MMA, and I look forward to the opportunity.

“The guy does have some power. You can’t go in there and be careless. I’m going to be on top of my game – you know, go in there and do what I do. I just think I’ll take care of business and move on.”

The fight with Rountree will at least hit one of Jacoby’s planned milestones for 2022. A win will likely not get him exactly where he wants to be, but it will extend his unbeaten streak to 10. It will certainly get him on that climb toward a light-heavyweight title hunt.

“My goal this year was to have three fights, get three wins and crack the top 10,” Jacoby said. “I’m going to get that third fight. I’m going to get a chance to get that third win. Unfortunately, I think I’m just going to miss that top 10, but I’m going to be knocking on the door. I’m going on a big elk hunt the week after my fight. But, other than that, man, I’ll probably get back into the gym and see what they draw next for me. I’d really like a Volkan Oezdemir match-up, after this win, and sometime in early 2023 is what I’m eyeing.”

The Jacoby train keeps rolling, and a win over Rountree will put some extra steam in the engine. The third stage of his fighting career has undoubtedly been his most successful, and he is a portrait of why it is important to avoid jumping into the gauntlet too early. At one point in his career, just being on the same card as someone like an Oezdemir or Rountree would have left a 23-year-old Jacoby somewhat starstruck. However, he is now 34 years old, he’s in the prime of his career, and these guys are only in his way. Tomorrow night, live on ESPN+, he will look to put another stamp on a tough opponent and set his sights on a big climb through the top 10 in 2023.

UFC Fight Night: Kattar vs. Allen, also known as UFC Vegas 63, airs in its entirety live on ESPN+ starting at 4 p.m. ET. Jacoby will be fighting first on the main card, which starts at 7 p.m. ET.