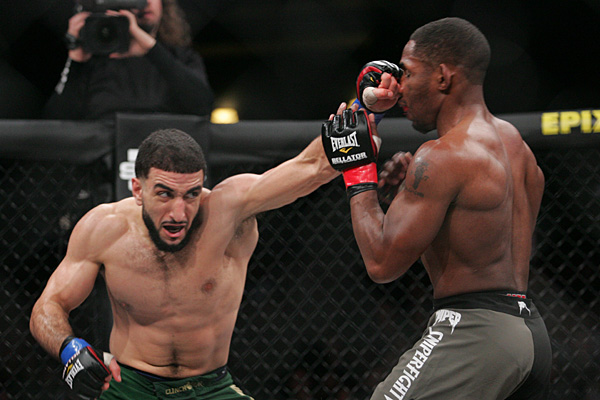 Under the Radar Stars From Last Weekend

With all the news and action in the world of mixed martial arts these last few weeks, it’s easy to overlook some of the bright spots that haven’t gotten the attention they deserve.

It has been an absolute whirlwind of breaking news. Amanda Nunes made UFC history, but not in the way so many of us thought she would. “The Highlight” Justin Gaethje made his UFC debut in an early “Fight of the Year” candidate. Jesse Taylor won The Ultimate Fighter 25 and completed the ultimate redemption story. And just the other day, Gegard Mousasi became the latest fighter to jump ship from the UFC and sign with Bellator MMA.

These stories are, of course, worthy headlines. However, let’s take time to recognize some of the lesser-known athletes that are just as deserving of the spotlight.

Leading up to the TUF 25 finale, so much praise was being heaped on Marc Diakiese as the next big-time fighter to come out of the United Kingdom. Although the “Bonecrusher” may be a future star in the UFC, his opponent Drakkar Klose felt disrespected. Klose was a sizable underdog last weekend. Most experts didn’t give the Michigan native a chance in the fight against Diakiese, but Klose pushed the pace for the entire 15 minutes and gave the Englishman something he had yet seen, nor something that could be measured.He displayed a determination and grit that you cannot teach.

The unbeaten MMA Lab product let it be known in his post-fight interview that he isn’t like these other bums in the lightweight division. Klose is a special kind of fighter, one chiseled from his blue-collar upbringing. The next time Klose fights, he will no doubt push the pace, outwork his opponent, and leave it all in the Octagon. Just in case you forgot where he developed that work ethic, he will have it tattooed on his chest: the great state of Michigan.

There was another Midwestern-born fighter competing last weekend, and thanks to an impressive performance, more people are sure to remember his name.

Belal Muhammad has a knack for making hard fights look easy. That’s exactly what he did against a game Jordan Mein at UFC 213. The Fighting Illini alum only has one gear, and that’s full speed ahead. Muhammad pressed the action and took the fight to the Canadian for the full 15 minutes of the fight. This victory marks the second straight unanimous decision nod for the fighter who holds a law degree.

With his dominant win over the weekend, it’s likely Muhammad will get a top-15 opponent next; and that will give him another opportunity to show the fans why they should “Remember the Name.”

So, while Nunes, Gaethje, Taylor and Mousasi were grabbing the headlines, Klose and Muhammad deserve credit for their performances. These guys might be flying under the radar, but they won’t be for long.