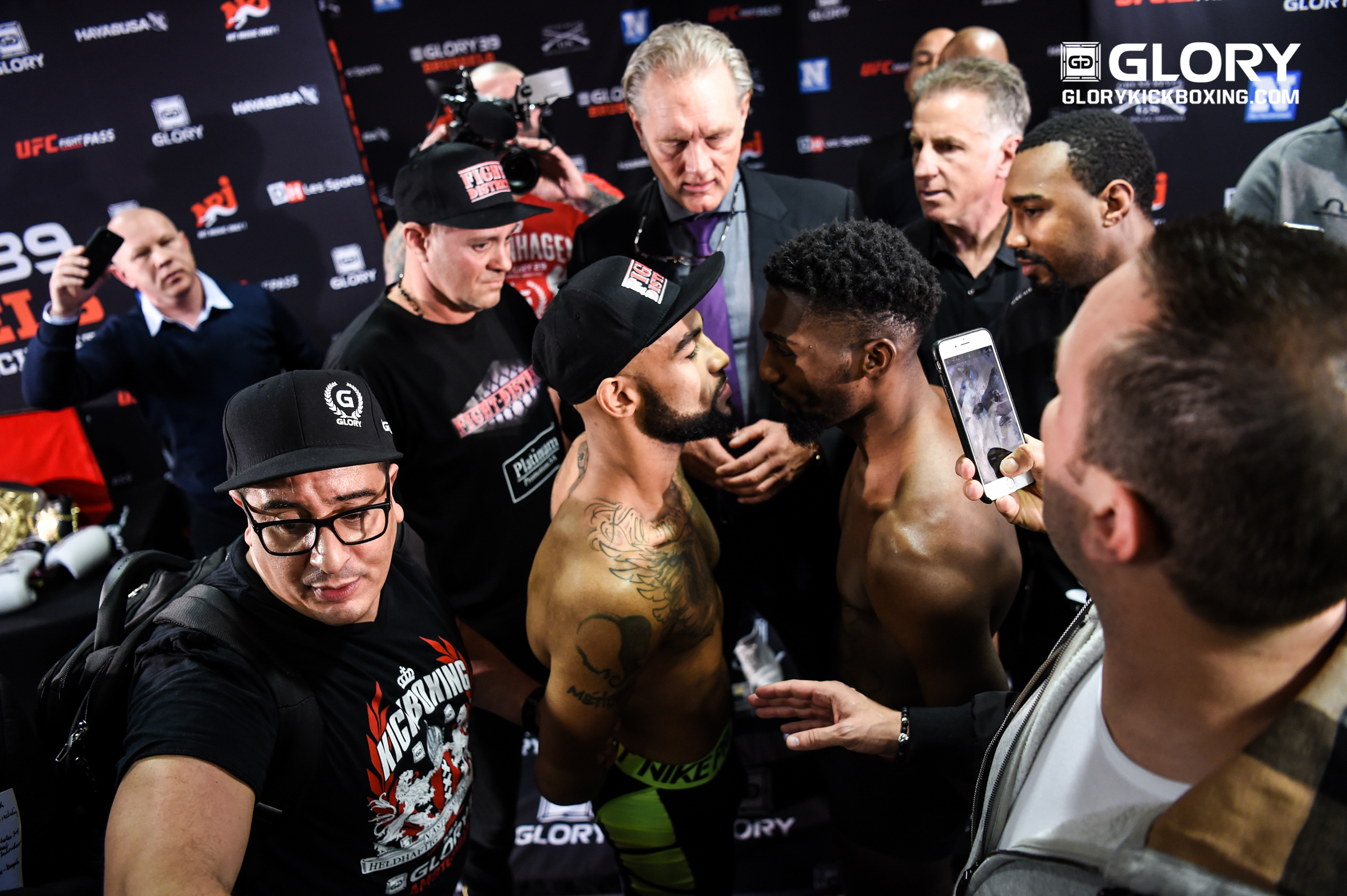 GLORY kickboxing returns to the Forest National in Brussels, Belgium on Saturday, March 25, for GLORY 39: Brussels.

The promotion’s second trip to Belgium features two championship bouts between familiar foes. In the main event of the evening, GLORY welterweight champion Cédric Doumbé puts his title on the line for the first time against a man who has beaten him twice, Yoann Kongolo. Doumbé took the title from long-reigning champion Nieky Holzken at the Combat Press Kickboxing Event of the Year, GLORY Collision, in December 2016. The Swiss challenger earned his shot at the belt after two victories in one night at GLORY 37 in January.

The top pound-for-pound kickboxer in the world, Sittichai Sitsongpeenong, defends his GLORY lightweight title for the second time against the winner of the GLORY 36 lightweight contender tournament, Dylan Salvador. Sittichai fights for the first time in 2017 after stringing together 55 wins and just five losses in the past five years. Salvador looks to take home the GLORY title in the rubber match.

The featherweights are on display when four men compete for the next shot at the GLORY featherweight title, which is currently vacant after Robin van Roosmalen missed weight for his scheduled title defense at GLORY 37. Former champion, Serhiy Adamchuk tops the group that features Thailand’s Petchpanomrung Kiatmookao, Russia’s Alexei Ulyanov, and local favorite Nafi Bilalovski.

The fighters hit the scales on Friday, March 24. The results will appear below as they become available.