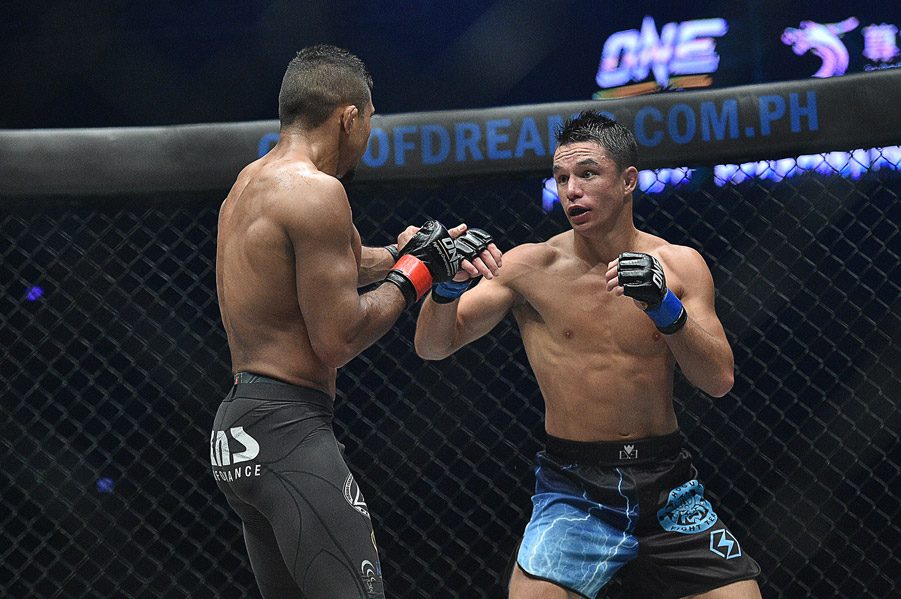 John Wayne Parr Discusses Reece McLaren Ahead of ONE 158

Reece McLaren will return at ONE 158: Tawanchai vs. Larsen, but fans may get to see a new version of ONE Championship’s fourth-ranked flyweight contender.

Already with a strong grappling game, McLaren is ready to elevate himself to the next level by improving his hands. The Aussie has made critical changes to his camp, now training under the tutelage of John Wayne Parr at Boonchu Gym.

And the Muay Thai legend is both happy to have him in the gym and impressed by what he has seen from the flyweight thus far.

“Reece just decided he’s going to really work on his striking to get to the next level,” Parr said. “It’s been so much fun having him. Every time he comes to the gym, he has really good energy. We’ve got a really good relationship, and he trains super hard. He’s really fun to train, and I’m really excited to see him compete.

“His boxing has increased, his kicking has improved, his defenses are getting a lot better as well. It’s just an exciting prospect. And we are proud of him to be representing our gym, so I can’t wait.”

The task for McLaren inside the Singapore Indoor Stadium will be Xie Wei. “The Hunter” has been made a splash in the flyweight scene as of late, and the knockout artist is looking to steal the thunder of his Australian counterpart to make a bigger name for himself.

Parr understands what the Chinese athlete will bring to the table and does not expect an easy match for his newest student.

“It’s gonna be a very competitive match,” said Parr. “Yeah, I just think people are going to be surprised with Reece’s power. He’s really putting in the work on the fundamentals and just making sure everything counts, so there’s no wasting shots. Everything’s going to put on a striking performance. We know his opponent is a striker as well, so it’s going to be very competitive.”

The matchup will be a perfect test for the work McLaren has put in thus far at Boonchu Gym.

Parr has felt honored that McLaren would trust him with his development after already being an established member of the ONE roster. Refining his striking is not a task that the retired legend takes lightly.

And while they are gunning for the victory and showcasing “Lightning’s” thunderous power, Parr and McLaren are most emphatic that people will remember this matchup regardless of the outcome.

“He is just extremely focused on trying to get a positive result,” said Parr. “Worst case scenario, if we don’t get the win, at least we’re going to be exciting and get the crowd off their chairs and screaming his name.

“So we want to entertain. And at the end of the day, the name of the game is a solo performance and making people remember his name.”