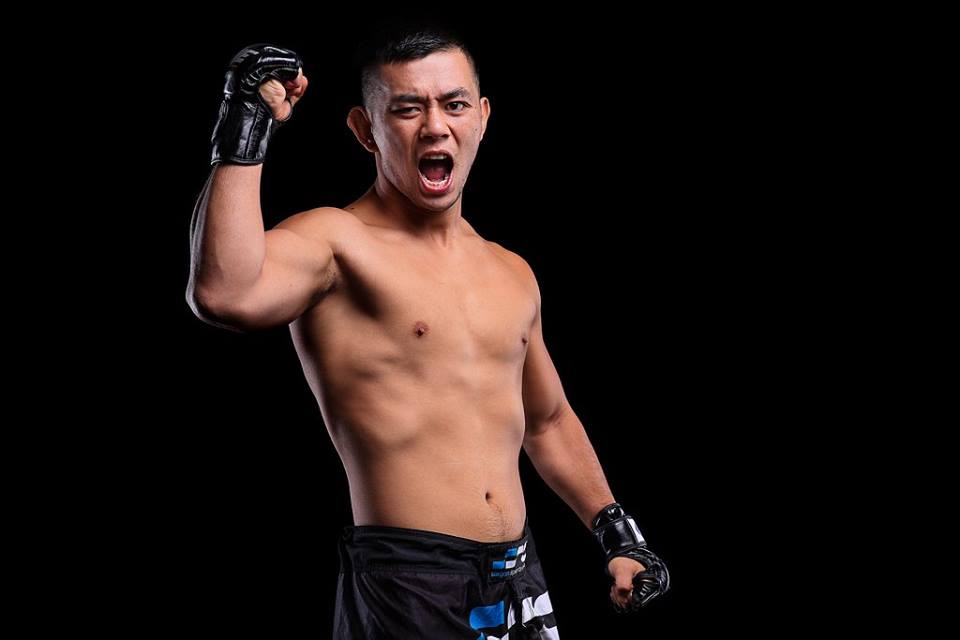 ONE Championship returns to Kuala Lumpur on Friday, Sept. 2, for its 47th event, dubbed Unbreakable Warriors. Malaysia has become a popular destination for the promotion with an increasing number of Malaysian fighters making the jump to ONE.

The main event features one of those rising Malaysian fighters, Ev Ting, facing one of the featherweight division’s formidable mainstays, Rob Lisita. Ting will have the hometown advantage as he looks to earn his third straight win in front of a packed audience at Stadium Negara. Lisita hopes to end his losing skid in what looks like a highly competitive fight on paper.

In the co-main event, one of Malaysia’s most popular fighters, Peter Davis, looks to defend his home territory against rising featherweight prospect Shannon Wiratchai. The exciting Thai native has finished two of his past three opponents in the first round. Davis was on track for a title shot before Adrian Pang stopped the streaking lightweight in the first round of their 2015 bout. Davis hopes to halt his skid at one and pick up his fifth win in his past six fights.

The main card features a number of the promotion’s solid prospects from all over Asia. There are eight Malaysian fighters featured on the card in what looks to be another action-packed evening inside the circular cage.

The event streams live at 8:30 a.m. ET on ONEFC.com and Fox Sports Asia.

Featherweight prospect Ev Ting headlines his second ONE Championship event this year. Is the promotion trying to push Ting over promotional mainstay Rob Lisita? With a win, will Ting get another crack at featherweight champion Marat Gafurov?

Ting has faced some of the best and most experienced fighters in Asia in his young MMA career. Despite being in the sport for just over five years, Ting has already been in the cage with top competitors like Will Chope, Mark Striegl and Rolando Dy. The 27-year-old has picked up five wins since joining the promotion in June 2014. Ting’s only loss came to the current featherweight champion on short notice.

There’s no question the promotion wants Ting to succeed. He’s a young fighter with a knack for finishing some of the division’s top fighters. Ting has five finishes in his ONE career with three of those coming inside the first round. The Malaysian-born prospect has developed his skills in Asia and his adopted home of New Zealand. Ting has thrived under the spotlight and put on strong performances in each and every bout. He’s done most of his winning at home, and that’s where he finds himself taking on one of the toughest fighters he has ever faced.

Lisita is a kill-or-be-killed fighter. Despite being reborn in his faith, Lisita’s former nickname, “Ruthless,” lives on in his fighting style. Lisita wings punches to hurt, takedowns to smother and throws up submissions to leave his opponents helpless. Lisita has had a rough go in his most recent outings inside and outside of the cage. Frustrations with injuries, his health and even the promotion have made Lisita’s in-cage performances even harder on the 33-year-old Aussie MMA veteran. Lisita looked like an unstoppable force in his ONE debut. However, losses in his past three fights have become increasingly devastating. Lisita had to endure a tough loss against Eric Kelly in a wild back-and-forth fight. Then he was stunned with a high kick and choked out by the current divisional champion and run over in six seconds by the Russian phenom Timofey Nastyukhin.

The promotion wants to build stars in their respective countries. Ting has an opportunity to take advantage of Lisita’s recent struggles and make an even bigger impression on the Malaysian audience. Ting’s path to victory lies in his transitional submissions and ability to control where the fight takes place. Lisita is a well-rounded fighter with incredible strength for the division. Ting needs to take advantage of every opportunity to finish this fight, because the openings will be there with Lisita’s aggressive style. The Australian was stunned early in his past two losses, and if Ting doesn’t get after Lisita and push his own offensive narrative, he could be in for a tougher-than-expected outing.

A win would go a long way in securing a title shot for Ting. An impressive performance over Lisita and a couple of big wins in one of the deepest divisions in ONE will ensure Ting is in the title discussion in the near future. For now, he will be reserved for big fights in his home country.

Peter Davis returns home against surging Thai prospect Shannon Wiratchai. Can Davis return to the win column, or will “One Shin” keep on rolling to the top of the lightweight division?

Davis returns to the promotion after 10 months outside of the cage. He was shocked when Australian lightweight Adrian Pang put an end to his four-fight winning streak at ONE Championship: Tigers of Asia. The first-round knockout loss put an end to the popular fighter’s run toward the lightweight championship. Davis picked up finishes over Waqar Umar, Vaughn Donayre, Alaa Mazloum and, most recently, Rajinder Singh Meena. Davis welcomes another foreign opponent as he looks to excite the Malaysian crowd.

Wiratchai made his ONE debut over four years ago. The 27-year-old was met with resistance in his first few bouts with the promotion before picking up a first-round knockout win in a rematch with Mitch Chilson at ONE FC 11. The Thai prospect returned to the promotion in 2015 after a nearly two-year absence from the cage and notched a split decision win over Singaporean striker Amir Khan. Wiratchai again sat on the shelf for over a year before making his return during the promotion’s debut event in Bangkok, Thailand. He submitted Cambodia’s Kyal Linn Aung in the first round. Wiratchai makes a quick return to the circular cage in his first bout in Malaysia.

Davis should have the upper hand if this fight hits the mat. Wiratchai is no slouch in the grappling department, but Davis has an ability to finish the fight on the ground with strikes or a quick submission. Davis needs to enter the striking exchanges with caution. Wiratchai is a dynamic fighter with finishing ability of his own. Davis should carry a size advantage into the fight, but it remains to be seen if he can navigate the speed of “One Shin.” Davis will have the home crowd behind him, which should be a strong motivator for the 35-year-old.

Popular Malaysian striker Ann Osman returns to the cage against rising Filipino prospect April Osenio. Does the recent success of Team Lakay continue with an Osenio upset on foreign territory? Will Osman become the next female ONE champion, or will the promotion look for her to fight superstar atomweight champion Angela Lee in a catchweight bout?

Osman fell short in her ONE debut, but she put together three straight wins following the setback at ONE FC 11. Osman was trending exponentially higher after each consecutive victory. However, she was hit with a devastating hook against kickboxing veteran Irina Mazepa and stopped in the first frame at ONE Championship: Tigers of Asia. Osman returned to the win column in her most recent outing against Haiat Farag Youssef in July.

Osman makes the move to strawweight after competing at flyweight for her entire career. The move down in weight brings out talks of a potential showdown with ONE Championship’s darling atomweight champion Lee. The pair were previously scheduled to meet in March 2015, but Lee was replaced by India’s Walaa Abas. If Osman can pull off a win over Filipino Wushu champion Osenio, then she could potentially face Lee in the future.

The promotion hasn’t officially announced plans to expand the women’s weight divisions. However, ONE Championship promotes fights at atomweight, strawweight and flyweight. Creating another belt for the hard-hitting women will only help to build the promotion’s profile in the Asian marketplace, especially if Lee and Osman eventually meet in Singapore or Malaysia with a title on the line.

Gilberto Galvão, whose record sits at 29-5-1, is making his ONE debut. He’ll face veteran Tatsuya Mizuno. How big of an impact will Galvão have on the ONE Championship 185-pound landscape?

Galvão brings a four-fight winning streak into his promotional debut. He has been impressive during his run of 12 wins and just one loss in his past 14 fights. Galvão has recently stepped up in competition after racking up an astounding number of regional wins in his more than 10-year career. After some brief struggles in his early career, Galvão has lost just twice in his past 29 fights. No matter the level of competition, 26 wins in 29 fights is nothing to take lightly. The Astra Fight Team product brings a well-rounded game into his debut against his toughest test to date.

Mizuno returns to the middleweight division following a win over Egyptian fighter Mohamed Ali at ONE Championship: Ascent to Power in May. Mizuno has three wins and three losses inside the circular cage. Mizuno’s best work has come in the 185-pound division where he has wins over Brayan Rafiq and Rafael Silva. He has impressed during his 10-year MMA career with victories over UFC veterans Ilir Latifi and Trevor Prangley.

The middleweight division isn’t large on name value, but the talent is there. The promotion has done a good job picking up new signees like Galvão, Igor Svirid, Aung La Nsang and the current champion, Vitaly Bigdash. Galvão will be another strong addition to the lineup. “Giba” will be hungry to prove he is one of the best middleweights in not only Brazil, but in the world. The best fighters in the middleweight division reside in the UFC. However, the middleweight talent in ONE Championship continues to grow as the promotion looks to expand into more territories in the future.