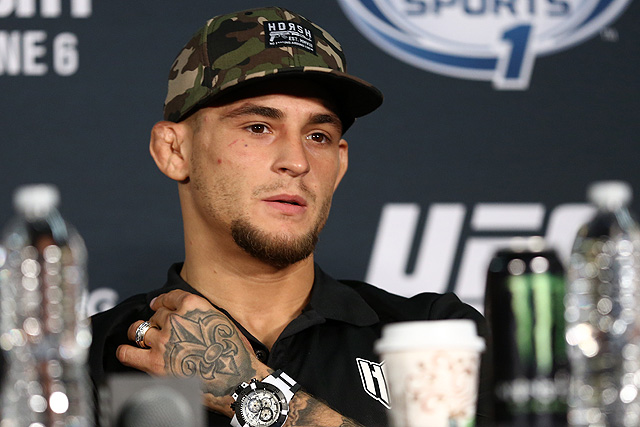 The Winner’s Circle: UFC on ESPN 12

On Saturday, July 27, the UFC held its final show at the UFC Apex in Las Vegas before setting sail for “Fight Island” in Dubai. Although the card lacked name value, the fighters delivered what might have been the best event of the year, thus far. An action-packed event from start to finish, let’s take a look at the night’s top performers.

Tanner Boser improved to 2-1 in the UFC by defeating Philipe Lins with a first-round knockout. His lone UFC loss was dealt by Cyril Gane, possibly the hottest prospect in the heavyweight division. Boser could inject some much-needed youth into the division’s top 15 with another win or two.

With a unanimous decision over undefeated prospect Kyle Daukaus, Brendan Allen is now 3-0 in the UFC. It was a heated battle that featured some very exciting grappling exchanges, but Allen ultimately came out on top. The 24-year-old Allen’s future in the UFC looks bright. Although he picked up three losses on the regional circuit, it’s worth nothing that all of those setbacks were dealt by current UFC fighters — Trevin Giles, Eryk Anders and Anthony Hernandez.

Mike Perry defeated Mickey Gall decisively, proving that he doesn’t need a coaching team to beat bottom-of-the-barrel opponents. If he wants to do more, then he should find a team that suits his style and can help him take his game to the next level.

Erosa defeated Sean Woodson in an exciting back-and-forth affair on Saturday night. Coming into the bout with an 0-3 record in the UFC, the combat journeyman’s career with the company was certainly on the line. Erosa answered the call by handing Woodson his first loss, by way of a nasty submission in the final round of the contest. It is worth mentioning that Erosa was the biggest underdog on the card.

Now holding a 23-8 overall record as a professional, Erosa has proven himself to be an exciting fighter who can deliver highlight-worthy moments. The 30-year-old has delivered a jolt of life to his UFC campaign while picking up the most important victory of his career.

Khama Worthy’s run in the UFC has gotten off to a marvelous and unexpected start. In August, he scored a shocking knockout as a heavy underdog against Devonte Smith. On Saturday, Worthy once again entered as the underdog, this time against Luis Pena. After his debut, there was no question that Worthy’s hands were explosive, but his grappling ability was still relatively unknown.

Worthy employed a more tactical strategy, proving that the result of his previous fight was not a fluke. After a strong first round, he spent much of the second frame defending Pena’s submission attempts. Determined not to spend the decisive third round in a defensive grappling position, the veteran blocked his opponent’s takedown attempt and quickly sunk in a tight guillotine to end the fight and improve his UFC record to 2-0. Now on a seven-fight winning streak, the 33-year-old has been an interesting revelation in the lightweight division.

After suffering a heart-breaking loss to Khabib Nurmagomedov at UFC 242, Poirier’s fighting career reached an impasse. His match-up with Dan Hooker in Saturday’s main event was of utmost importance to his trajectory in the UFC. With a loss, Poirier’s chances to ever claw his way back to a title shot would have become practically nonexistent. Furthermore, a recent hip surgery had many doubting that the fan-favorite would ever regain his spot among the top of the division.

In a contest that would quite possibly determine the next 155-pound title challenger, Hooker and Poirier turned in one of the greatest fights in recent memory. It was 25 minutes of nonstop action and violence. To call the fight “electrifying” would be an understatement. Hooker won the first two rounds, and it looked like the battle was beginning to slip away from “The Diamond.” Poirier’s performance over the final three rounds was nearly perfect, as he outclassed the up-and-coming Hooker to snatch the unanimous-decision victory.

Poirier exhibited not only his world-class and ever-evolving skill set, but also a truly elite fighter’s mentality. The 24-fight UFC veteran now finds himself in a great spot atop the rankings of the lightweight division. With Justin Gaethje and Nurmagomedov set to unify the title belt later this summer, Poirier is on the brink of another shot at UFC gold.