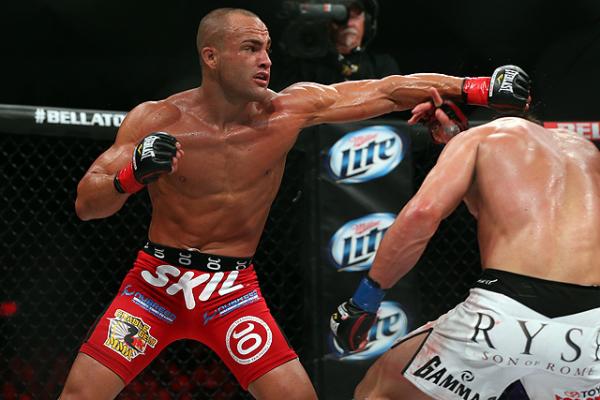 UFC 178 features a potential “Fight of the Year” candidate bout between Donald Cerrone and Eddie Alvarez. The two men have put on some of the most exciting fights in recent years. Not only do the fans win, but the UFC itself is a true winner with this lightweight showdown.

Cerrone is a name that needs no introduction to recent MMA fans. He’s been on a roll since a meager 2013 that saw “Cowboy” go 2-2. On a quest to fight as many times as humanly possible in 2014, Cerrone has rattled off three wins, all finishes. He nearly took Adriano Martins’s head off in January, tapped out dangerous striker Edson Barboza in April and, perhaps most impressively, defeated the rugged Jim Miller by second-round knockout in July.

Now, Cerrone finds himself in the position of welcoming the former Bellator champ to the Octagon. Fans who only follow the UFC have really missed out on some great performances by Alvarez in the Bellator cage. His battles with Michael Chandler are some of the best in not only recent memory, but in the history of MMA. Outside of the loss to Chandler in their first encounter, Alvarez hasn’t tasted defeat since 2008. He’s experienced the type of hype similar to that of other MMA stars outside the Octagon, such as Alistair Overeem and Hatsu Hioki.

When these two lightweights face each other, it will be an interesting match-up, to say the least. Cerrone is one of the best in the world when he’s on, but his notoriously slow start in fights could be his undoing against a relentless Alvarez attack. Given time to find his rhythm and range, Cerrone becomes a walking highlight reel of strikes. But it’s not just his striking that opponents need to fear, as Cerrone actually owns more victories via submission than knockout. Just as aggressive on the mat as he is with his strikes, Cerrone give opponents reason for concern with an array of submission attacks. Alvarez has only been submitted twice, once by jiu-jitsu wizard Shinya Aoki and the other when he was exhausted against the aforementioned Chandler.

At first glance, it would appear as though the UFC would want Cerrone to win. He’s a marketable fighter with an exciting style and name value. A win by Cerrone would also provide an opportunity for UFC President Dana White to take a shot at Bellator by proving that fighters in the UFC are better than those in Bellator. Not that MMA fans need any convincing—it’s like saying the Seattle Seahawks are better than the Oakland Raiders—but White has never been one to shy away from taking pot shots when available.

On the other hand, the UFC has vested interest in the success of Alvarez as well. The company likely paid a pretty hefty price to bring in the talented fighter, so naturally it would want some return on its investment. An Alvarez win also benefits the UFC in terms of contenders for the lightweight title. A win over Cerrone likely puts Alvarez either in a title fight or at least in a No. 1 contender’s fight. He’s a fresh name that isn’t familiar to casual fans, and there’s no easier way to sell a guy than having him look great while taking out a well-known fighter like Cerrone. There’s also the fact that Cerrone has been given multiple chances at seizing the opportunity to become a title contender. He was soundly beaten for three rounds by Nate Diaz at UFC 141 and was bulldozed by Anthony Pettis at UFC on Fox 6. He’s never shown the full package of being able to take out the lightweight elite, something that cannot be said of the well-rounded Alvarez.

It’s cliché to say that fans are the true winners in this fight (they are), but the UFC also faces a win-win situation at UFC 178. One way or another, the promotion is going to have a new title challenger who’s guaranteed to put on exciting fights in the future. At a time when pay-per-view cards have come under fire from fans and the buyrates are down, a little dose of Cerrone or Alvarez in a title bout may be just what the doctor ordered.