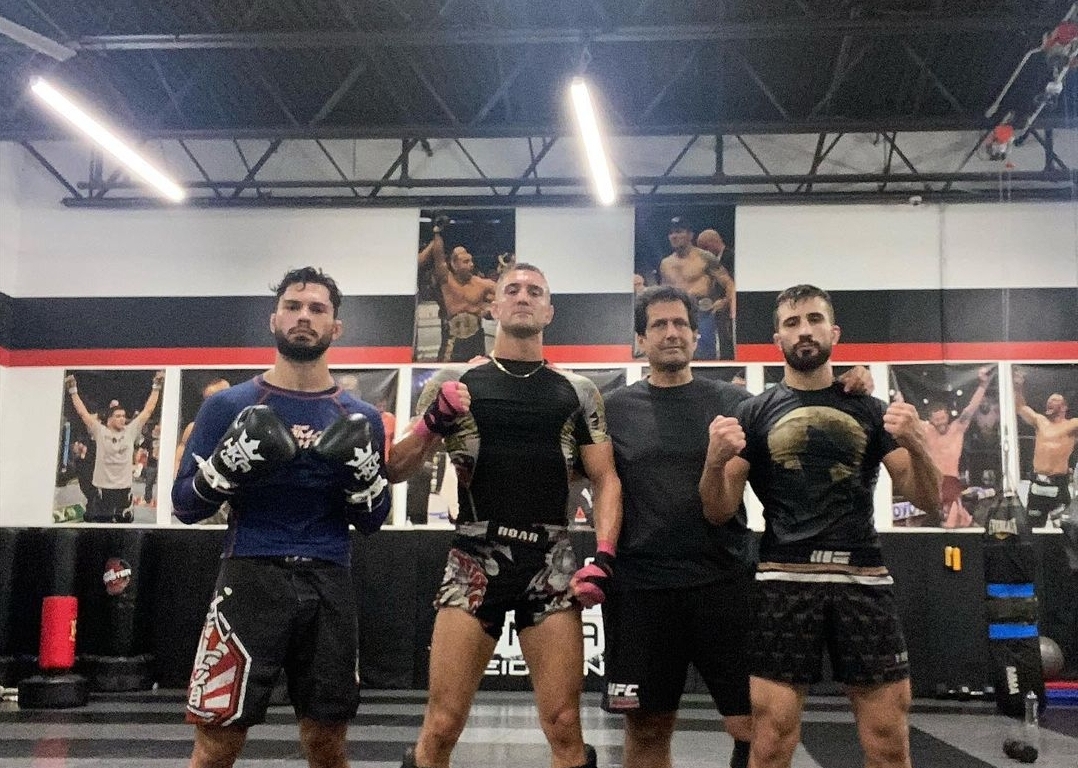 Dana White’s Contender Series is back for its sixth season.

The show, which continues on its home on ESPN+, aims to give top prospects a chance to impress the UFC brass in an attempt to earn a contract with the company. The show’s first episode of the new season takes place on Jul. 26 and streams live on ESPN+ starting at 8 p.m. ET.

The light heavyweight division is one of the most difficult divisions to populate with talent, so when you come across a prospect like Anton Turkalj, you pay attention to him closely. The Swede is undefeated and has already shown great potential to be a guy that can stick with the UFC for years to come when he hits his prime. The 26-year-old is 6’4” and uses his size well in the cage. He’s well-rounded with solid striking, wrestling and submission skills. He was to compete on the Contender Series last year, however visa issues prevented that from happening. Now, he gets a chance to open the Contender Series card with a bang. That being said, he has experienced Brazilian Acacio dos Sanos across the cage from him, so it won’t be easy. However, Turkalj appears to be he best fighter on this card now and in the future.

If you are looking for fireworks, the main event of this first Contender Series card looks to be the one to keep your eyes on. Pyfer, a 2020 Contender Series vet, looked impressive in his fight before an injury halted that bout. Pyfer is definitely a blue collar, take-your-lunch-to-work type fighter that loves to bang and doesn’t take a step back. Diaz will most definitely meet him in the middle of the cage for that type of fight. Diaz is a kill-or-die-on-your-shield type, hunting for the finish from the minute the bell rings. I can’t even imagine this one going to the judges.

Making his second appearance on the Contender Series, Dennis Buzukja enters this season on a three-fight winning streak. His first appearance was in 2000, when he fought valiantly against Melsik Baghdasaryan (he lost a decision). He was just 22 years old at the time. Now, 24, Buzukja comes in with more experience and less pressure, seeing as he’s already been in the spotlight that is the Contender Series. Buzukja is well-rounded and gets great training at Longo and Weidman MMA in New York. He has a tough matchup in Kaleio Romero, a wrestler, so it’s not going to be easy. However, Buzukja is nobody to sleep on.

In the same way it’s hard to call a former Contender Series participant a dark horse, it’s similarly hard to call a fighter with a 12-0 record an underdog. However, that will be the case with flyweight Andres Luna Martinetti. Hailing from Ecuador, which is a country still in the embryotic stages of MMA, Martinetti has been impressive against lower-level regional talent thus far. He has taken a couple of fights with the Mexican promotion UWC, which saw him win two fights including one by calf slicer, an impressive finish. The 26-year-old has yet to step up in competition, though, which is why he’s considered the longshot here. Throw in the fact that he’s taking on Lux Fight League flyweight champion Alessandro Costa on the Contender Series, and you realize that Martinetti has a lot to prove against a guy with a better proven track record.

This being the first episode, I expect Dana to go on a signing spree. I hope it isn’t as easy to get a contract as last year, where it seems like everyone got one like a car at an Oprah taping.

Pyfer will receive a contract because Dana and the boys already like him, but also because he will be involved in the Fight of the Night, however long it lasts.

As for Turkalj, we have mentioned he’s the best fighter on this card and I think he shows those skills to the awe of the UFC brass.

As for Alessandro Costa and Farid Basharat, I think they similarly have solid performances and get the nod as well. Costa is a regional MMA champion and flyweight could use the bodies, while Basharat already has a brother in the UFC and has the similar exciting style to match.