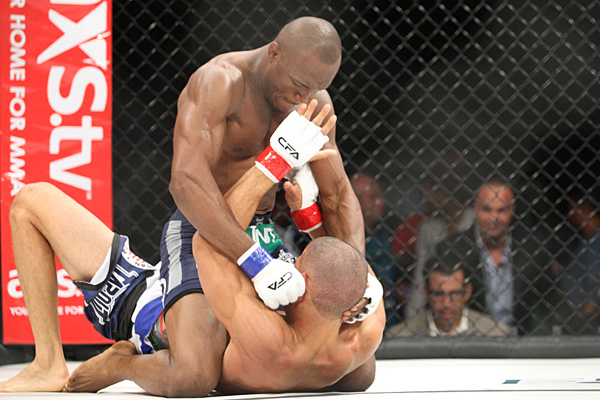 On Saturday, Aug. 20, fans will see UFC 278 touch down in Salt Lake City’s Vivint Arena, home of the NBA’s Utah Jazz. This will mark the second time the promotion has set up shop in the Utah capital, the first being back in 2016 in a memorable fight-night showdown between Yair Rodríguez and Alex Caceres. UFC 278 also represents a further memorable Round 2 in the form of the long-anticipated rematch between welterweight champ Kamaru Usman and challenger Leon Edwards. Tipped to be the headline event for UFC 278, the card will feature a roster of some of the finest fighting talent in mixed martial arts across all weight classes.

The Main Card
Among the line-ups to watch for on the 20th will be the co-main event of José Aldo vs. Merab Dvalishvili in the bantamweight division, Paulo Costa vs. Luke Rockhold going toe-to-toe in the middleweight rankings, and sparks are expected to fly when heavyweights Alexander Romanov and Marcin Tybura tee-off.

Long Awaited Rematch
It’s hard to escape the fact that Kamaru Usman vs. Leon Edwards, a rematch just under seven years in the making, is set to be the main attraction in more than just name. Their first fight took place in Dec. 2015 at Orlando’s Amway Center. That event, known as UFC on Fox: dos Anjos vs. Cowboy 2, is well-remembered as one of the highest-profile UFC events ever to air on broadcast television, with major bouts from legendary fighters such as Francis Ngannou and Charles Oliveira stealing the spotlight. Usman and Edwards themselves were on the preliminary card, and their face-off was a scrappy bout that ended in a unanimous decision in favor of Usman. Since then both fighters have continued to develop and refine their technique.
A Globetrotting Showdown
For a number of years now, the UFC’s headline events have gradually grown to become among the largest sporting events in the world, with bouts now broadcast to over 156 countries and territories in 29 languages. This international appeal impacts many diverse sectors, with merchandise sales and licensed properties, such as EA Sports’ official UFC video games, among the highest grossing. Though, if one sector stands to benefit more than any other from the continuing success of the UFC it’s sports betting.

Increasingly in the USA, new legislation has led to massive growth among sports-betting platforms that now operate out of the likes of New Jersey and Nevada, but, elsewhere, a culture of online wagers on UFC events is already well established. Comparison platforms operating in regions around the globe, such as Arabianbetting.com, which connects Middle-Eastern sports fans with the best betting sites available in their area, are serving up odds on Usman and Edward’s historic rematch by way of established international bookmakers. 888Sport, for example, is among the top ranked providers listed by this comparison service, which scores each bookmaker on factors ranging from customer service to competitive welcome bonuses. It is serving up odds of 4/15 on a successful Usman title defense, with an Edwards coup put at 53/20. This would point to the challenger appearing to have an uphill battle on his hands.

Tale of the Tape
Do these numbers accurately reflect what we’ve seen of these two welterweight fighters recently? Let’s take a closer look.

At a glance, it would appear that both Usman and Edwards are enjoying a noteworthy run of form. Each athlete’s past five bouts have been declared wins in their favor, with the exception of a no-contest decision for Edwards against Muhammad back in Mar. 2021 due to Muhammad incurring an accidental eye injury. However, Usman has, on balance, proven to be the most consistent and adaptable of the two fighters, with a career record of 20-1-0 trumping Edward’s 19-3-0. With a nearly 80-percent chance of victory generally projected in favor of Usman, Edwards will need to pull something out of the bag if he hopes to right the wrongs of seven years ago, and wrestle the belt from the champ.