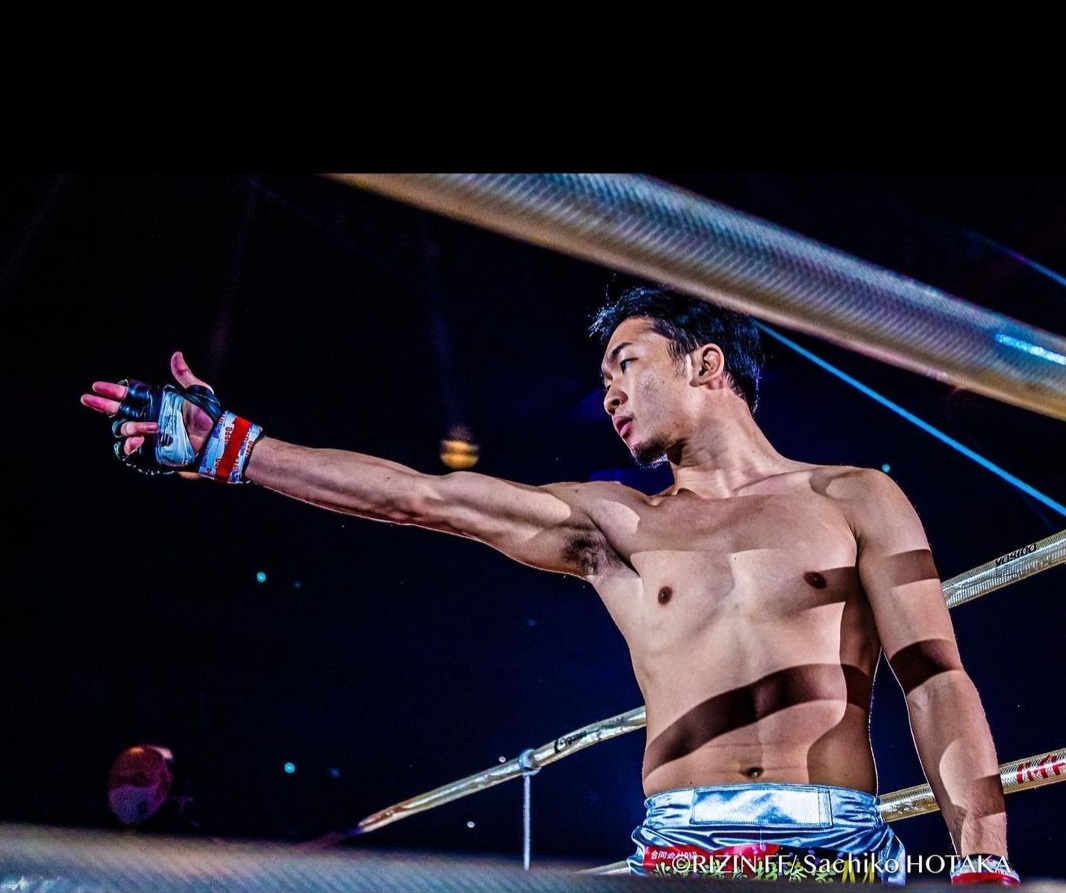 On Sunday, undefeated kickboxing star Tenshin Nasukawa will fight one bout against three separate opponents and the bantamweight grand prix will get underway, all at RIZIN 28. The show also features a featherweight contest between Mikura Asakura and Kleber Koike Erbst and a clash for the vacant Rizin lightweight world title between Tofiq Musayev and Roberto de Souza.

In the “special standing bout,” Nasukawa will have a new opponent at the beginning of each of the three rounds. In the first frame, Tenshin takes on Koki Osaki. In the second round, Hiroya Kawabe will serve as Nasukawa’s foe. The final opponent is yet to be announced and will only be revealed upon his walkout. Until then, he goes simply by the moniker “Mr. X.”

Eight bantamweights will compete in the opening round of the tournament. The pairings for the four contests include Yuki Motoya against Ryo Okada, Hiromosa Ougikubo versus Takeshi Kasugai, Shintaro Ishiwatari against Naoki Inoue, and Kai Asakura versus Shooto Watanabe.

The event will air via pay-per-view in the United States and begins at 1:30 a.m. ET on Sunday, June 13. The action takes place inside the Tokyo Dome in Japan.

Tenshin Nasukawa gets three opponents in a single night. Will any of them manage to stop the undefeated kickboxer?

This “special standing bout” is reminiscent of when George Foreman fought five men in one night in an attempt to get another shot at Muhammad Ali after losing the pair’s first bout in “The Rumble in the Jungle.” The one main difference, however, is that Foreman fought against five journeymen who were all much smaller fighters. Tenshin is not taking on fighters who are long past their prime or completely out of their depth.

Koki Osaki is a 21-year-old who just won the BOM bantamweight championship. He sports an overall record of 25-5-1. This will be a tough opening stanza for Tenshin, but it is one that he will get through.

The 22-year-old’s second-round opponent is Hiroya, who is seven years his senior. While Hiroya is coming off a loss, he also is no cakewalk. His record is 34-15, and he is the one more likely to get stopped by Tenshin. He will have a few shining moments of his own, though.

The wild card is the final opponent, “Mr. X,” who will only be announced during the walkout. A fresh fighter entering the ring to take on a justly exhausted Tenshin will have the best chance of stopping him. Even so, it is highly unlikely. This will be an incredibly impressive showcase for the undefeated fighter whose star power is somehow continuing to rise exponentially.

Rizin’s bantamweight grand prix kicks off with four fights on this card. Which fighter separates themselves from the pack with a statement win this weekend?

Ryo Okada. In his promotional debut, the 32-year-old takes on Yuki Motoya. Okada has not lost since 2017 and is 7-0-1 over that span. He can finish fights on the feet or by submission, but he more often takes out his opponent methodically over the entirety of a fight. This will be a great introductory contest for Okada, who will open the eyes of all the other Rizin bantamweights.

Will Tsuyoshi Sudario continue his undefeated run when he clashes with Shoma Shibisai?

No. This will be the first MMA loss for the big man. He is facing a step up in competition for his fourth professional fight. Shibisai is a more experienced fighter and has a much more rounded skill set. While this loss will certainly set Sudario back a bit and halt some of his MMA momentum, he and his team will look back several years from now and see it as a great learning experience that ultimately proved to be the catalyst for his skills and fight IQ to grow by leaps and bounds.

This featherweight contest pits the No. 2-ranked featherweight in Japan (Saito) against the No. 2-ranked featherweight in Ukraine (Karamov). Saito is coming off back-to-back wins, most recently having taken a decision victory over Mikuru Asakura. Prior to that, Saito scored a devastating stoppage of Kazamasa Mijama via soccer kicks and grounded knees. Karamov is on an 11-fight winning streak and hasn’t tasted defeat since 2014. Karamov is much more apt at finishing fights, having claimed 12 of his 15 pro victories before the final bell. However, if Saito is able to avoid being stopped early, then he has a good chance at outdueling his opponent en route to a decision victory. However this fight ends, it will be a fan-friendly affair from start to finish.