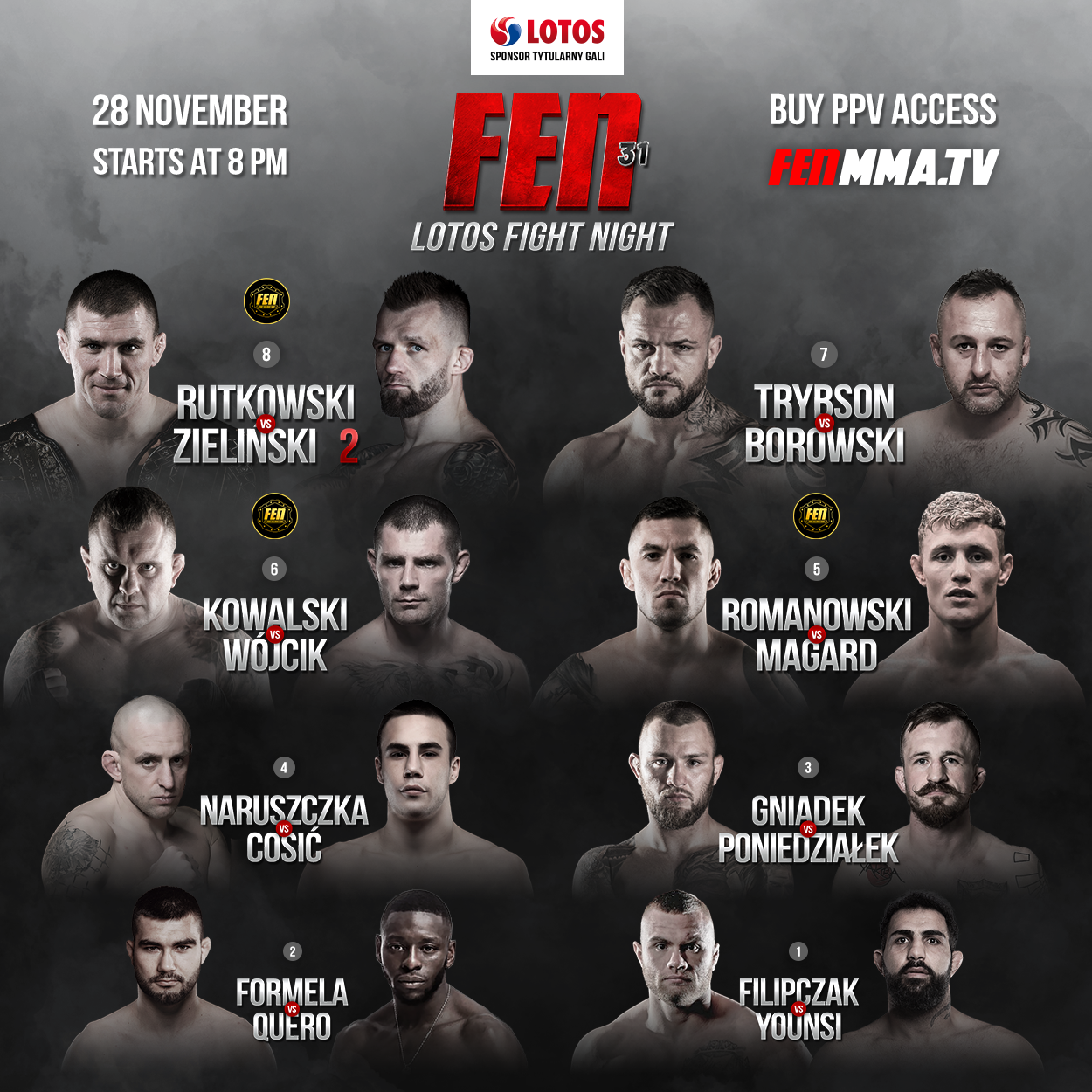 The event was headlined by a featherweight rematch between Daniel Rutkowski and Adrian Zieliński. Rutkowski took the pair’s first meeting by decision in October of 2019. The bout was supposed to be for Rutkowski’s title, but Zieliński missed weight.

The action aired on Fite TV PPV live above at 2 p.m. ET.