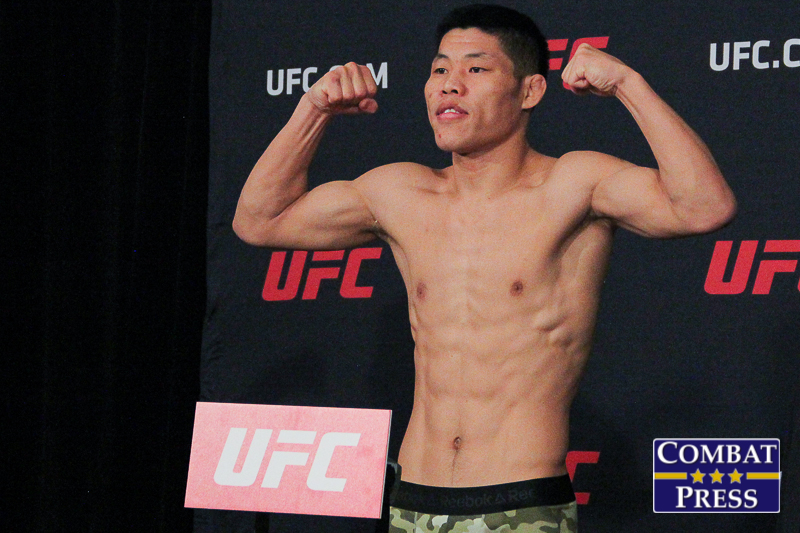 With the welterweight division of the UFC more exciting than ever, fans are clamoring for exciting bouts to whet their appetites. Some of the most exciting fights on the horizon include Demian Maia’s UFC on ESPN+ 28 clash with Gilbert Burns, Tyron Woodley’s scrap with Leon Edwards at UFC on ESPN+ 29, and the showdown between Vincente Luque and Randy Brown at UFC on ESPN+ 30. One of the lesser-known welterweight bouts that should provide fans with an exciting, competitive and fast-paced affair is this weekend’s UFC 248 contest between Neil Magny and Li Jingliang.

Unknown to most, Jingliang has quietly become an exciting UFC welterweight veteran who is on the edge of becoming a top-15 welterweight after compiling several knockout wins since his debut in 2014. Jingliang is now 9-3 in the Octagon, with six of those wins coming by way of knockout.

If you haven’t seen Jingliang fight in the past, go watch his knockouts of Dhiego Lima, David Zawada and Elizeu Zaleksi dos Santos. The Chinese star stunned fans in his last bout in August when he ended the seven-fight winning streak of dos Santos by knocking out the former top-15 welterweight in 4:51 of the third round to secure his sixth UFC knockout victory.

Jingliang is currently averaging 5.01 significant strikes per minute, a takedown per bout, and 60 percent plus in both striking and takedown defense. The welterweight standout has a formidable wrestling background, thunderous power in his hands, and enough quality Octagon experience to make a bang in the UFC in 2020.

On March 7, Jingliang meets Magny, another formerly ranked UFC welterweight, in a bout that will likely earn him a spot in the top 15, provided he wins. Magny has not fought since November 2018. The Colorado-based fighter is coming off a brutal knockout loss to Santiago Ponzinibbio.

Jingliang will come out ready to take on Magny and use his stellar striking, strength and aggressive pace to finish his opponent in the second round. The win will move the Chinese fighter one step closer to the top of the division.