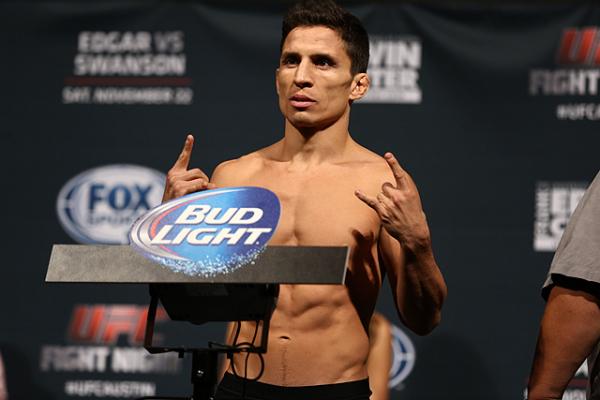 On Saturday, July 18, the UFC hosts the third event from “Fight Island” as it again visits the Flash Forum on Yas Island in Abu Dhabi.

In the night’s main event, the promotion’s flyweight belt is on the line as Deiveson Figueiredo and Joseph Benavidez meet for a second time. In the pair’s first meeting, the Brazilian Figueiredo missed weight, but ultimately finished Benavidez in the second round of the February match-up. The finish was preceded by an inadvertent clash of heads, so coupled with the weight issues, an immediate rematch was scheduled between the two flyweight elite.

The event kicks off with the preliminary card airing live on ESPN+ at 5 p.m. ET. The main card followed at 8 p.m. ET, also on ESPN+.

The fighters hit the scales on Thursday, July 17.