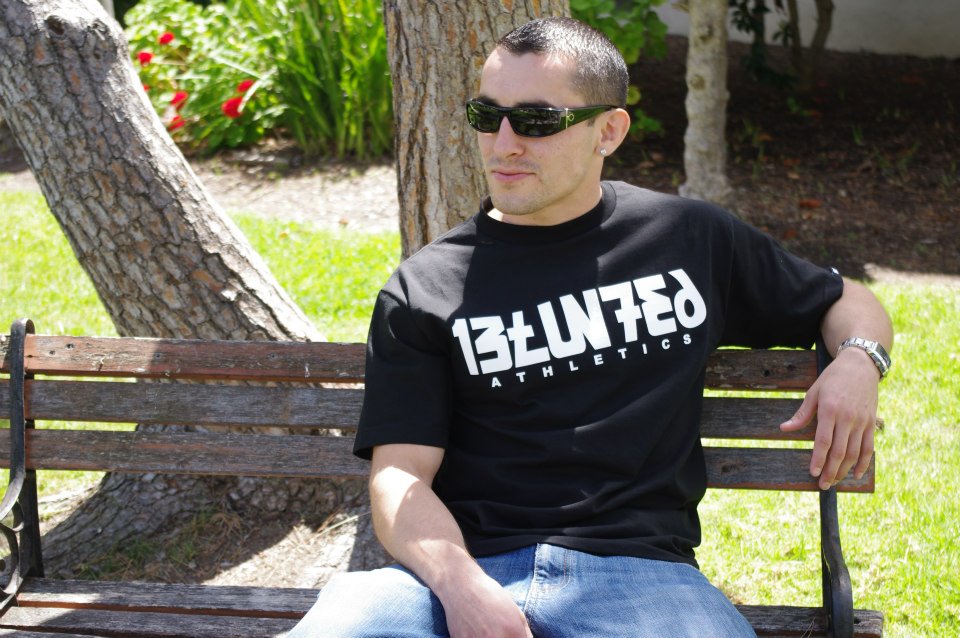 It’s no secret that thousands of members of the U.S. military train in martial arts in some capacity, and a large number of them train in mixed martial arts. Some train out of necessity. Some for sport. An extremely tight bond has formed between the MMA and the military community. There are many organizations that lean on the MMA community to raise funds for wounded soldiers, fallen soldiers and veterans suffering from post-traumatic stress disorder. It has been a win-win relationship. However, not all members of the military have always been pro-MMA.

Ray Elizalde, 27, grew up in southern California. He wrestled in high school, fell in love with MMA through friends, and eventually went into the U.S. Air Force, where he served for four years as an aerospace ground equipment mechanic. He is also a war veteran who went to Iraq from late 2009 to early 2010. Prior to his tour, he began formally training and competing in MMA, but some people did not appreciate that.

“I was stationed in Omaha, Nebraska, for four years, and that’s when I used to train alongside Ryan Jensen, Jake Ellenberger and all those guys out there,” Elizalde told Combat Press. “Mixed martial arts seemed really big in the Midwest, but my commander wouldn’t actually allow me to compete after she saw me on some commercials. She wasn’t happy about that and told me I couldn’t compete anymore, because if I did, I’d be on my way out of the military. So all I did was train for a couple years straight, which helped me out tremendously. That’s why I carry the confidence I do, because I have a lot more experience than a lot of these guys with big records.”

Elizalde’s military service ended several years ago. He has been training and fighting ever since. Currently, he is 10-0 as a pro. He trains at over half a dozen of the top gyms in the country, and has finished all but two of his opponents. His training regimen is non-stop. He spends multiple days per week at several different gyms in his native California.

“My main gyms are Shaolin Kung Fu Five Animals, with main coaches Brian and Lucy Walker. I train with Tony Ferguson and Anthony Murataya at American Gym in Costa Mesa, The Arena in San Diego with Jesse Taylor, Baret Yoshida and boxing coach Ernesto Martinez, King Tiger Muay Thai with Abel Jimenez, and San Diego Combat Academy, which is also 10th Planet Jiu-Jitsu, with Liz Carmouche, Walel Watson and Richie Martinez,” said Elizalde. “I’ve been training with some of the elites since the very beginning.”

Even though he has a very busy training regimen in California, Elizalde has also spent some time in Colorado, where he has trained at Bang Muay Thai with Duane Ludwig and the Elevation Fight Team at the MusclePharm headquarters with Leister Bowling. In fact, he spent the first half of this year in the Denver area.

“I was studying some of the best athletes in the world, and it was between two main individuals,” Elizalde explained. “I’m from San Diego, so it was between training with Dominick Cruz or T.J. Dillashaw, and them being athletes themselves, it’s kind of difficult for them to focus on other individuals in terms of coaching. So, I figured that T.J. and Duane Ludwig’s style suited me more in terms of the Dutch style of kickboxing.

“I was actually planning on going overseas to train with Ramon Dekkers, but he ended up passing away a couple years ago, and that was very unfortunate. Duane Ludwig is familiar with all styles of Dutch kickboxing, and they incorporate both orthodox and southpaw, the footwork, the head movement and angles. That was something I needed to work on, was the kickboxing and all that. I’ve always been a big fan of Duane Ludwig. It’s unfortunate that Dom and T.J. are in the same weight class, because it would have been nice to work with him as well.”

Elizalde is currently signed to the flyweight division of Resurrection Fighting Alliance. His last outing came in June at RFA 38. Hungry to stay active, he will back in the cage on Friday night at RFA 42, where he faces Alex Perez, who is actually a training partner of his last opponent at Team Oyama.

“I had no problem with that at all,” said Elizalde. “I mean, those guys all use their striking to set up takedowns. I’m really familiar with their style. They emphasize a lot of wrestling, and that was my main background growing up. So once it’s going, if they want to make it that kind of fight, the muscle memory is there. I train in everything, so I’m ready to adapt to anywhere the fight takes place.”

Perez has been active as a pro as long as Elizalde has, and he, too, has finished quite a few opponents, but he is also coming off a two-fight skid.

“I know that he was the previous champion at Tachi Palace Fights,” said Elizalde. “He’s 13-4 as a professional, so he has a good amount of experience in the cage, and he keeps his composure very well. But he hasn’t fought anybody like me, who’s going to really push the pace. He’s usually the one who sets the pace, because of his cardio and wrestling. People are afraid to stand and trade, because they’re worried about him shooting in. But, like I said, I’ll go anywhere the fight goes.

“The last guy I fought, he was also a Division I wrestler and a higher-level jiu-jitsu practitioner, and I didn’t have very much grappling training leading up to that fight on two-week notice.”

Elizalde has not lost a bout. He does not plan to lose any time in the future, either. Just like most fighters, his goal is to make it into the UFC, where he can go on a title run, but one of the issues with the promotion’s flyweight division is that it has been very shallow.

For the 24th season of The Ultimate Fighter, which begins airing on Aug. 31, the promotion has put together a flyweight tournament with the champions from most of the major regional and international promotions. These men are vying for a top position in the UFC. Elizalde is very excited that the promotion is looking to add depth to his weight class. It could open up a great deal of opportunity.

“I think it’s great for the flyweight division,” Elizalde said. “They’ve been needing more people to add to the roster for a while. A lot of these guys who win or lose on the show, they usually get one or two more opportunities to showcase how they compete on the big screen and on the big stage in front of the cameras, so I think they’re going to be needing people to fill in and fight these guys, and I’m more than happy to be one of those individuals.”

Elizalde has a very bright future as a professional fighter. He has been training with some of the best fighters in the world for the better part of a decade. He has yet to have even been close to beaten, and he focuses on getting better in all aspects of his fight game. His Air Force commander may not have wanted him in the fight game seven years ago, but she is long gone. Now, Elizalde is proud to be another war veteran representing the U.S. military in the world of mixed martial arts. Tomorrow night, he will co-headline RFA 42, which takes place at the Visalia Convention Center in Visalia, Calif., as he looks to add another win to his growing record.

“I’m ready to go in there and put on a great show and get that finish. I want people to tune in and let my actions speak louder than my words.”

Elizalde would like to thank all of his coaches and training partners in California and Colorado, his family, his friends, his manager Kyle Stoltz and his primary sponsor, Hayabusa. Follow Ray on Twitter: @TheBloodHound01
Advertisement