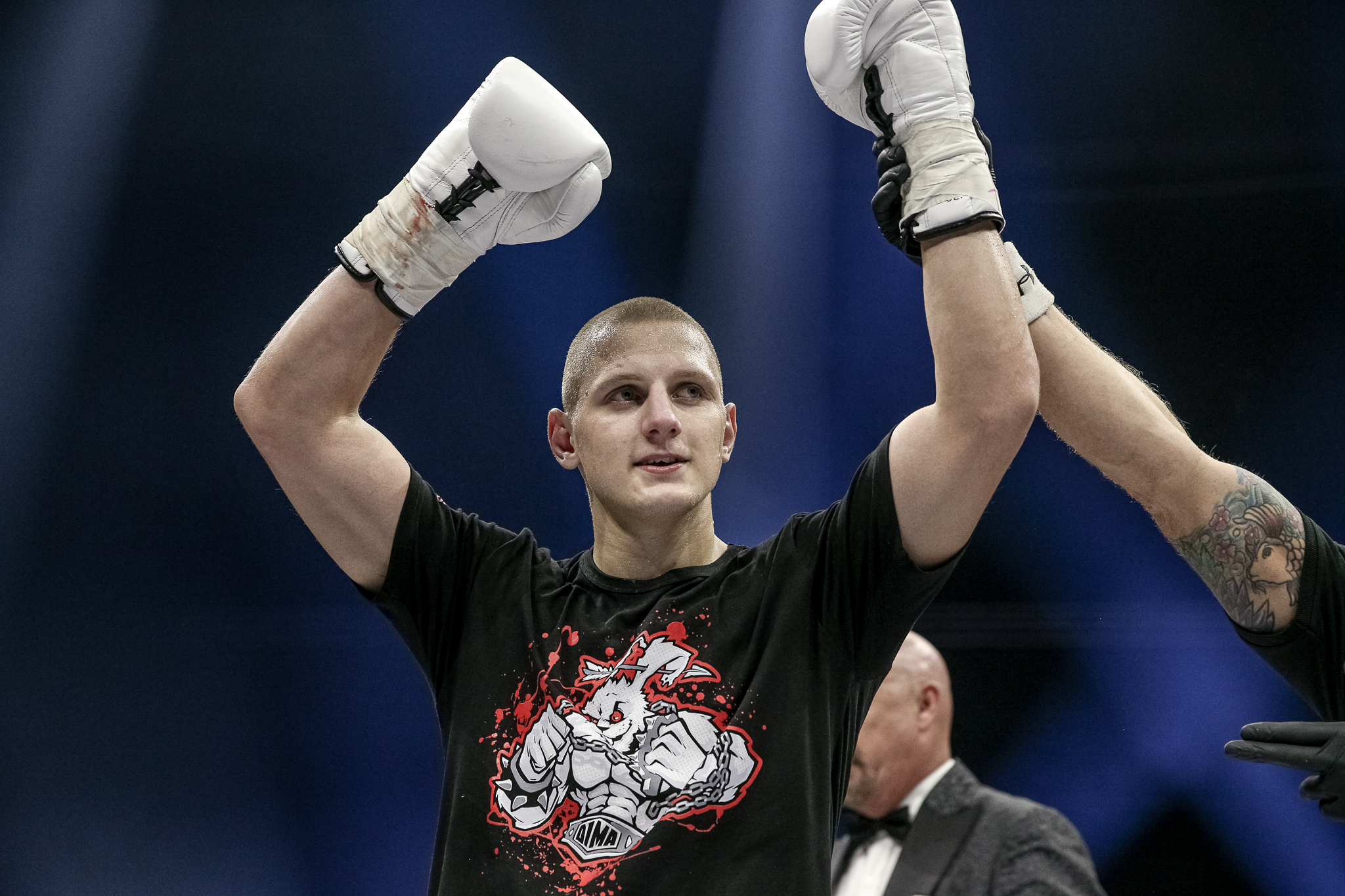 Bright Russian prospect Dmitry Menshikov will try to prolong his perfect GLORY record on Feb. 29 in Utrecht, Netherlands. Menshikov, who holds a promotional record of 3-0 with three knockouts, will face Hamicha, a tough, young Moroccan kickboxer who also has a perfect mark in the GLORY ring with two wins, both by way of knockout. Just one week before the event, Menshikov spoke to Combat Press.

This is your third year in GLORY. What goals do you have this year?

Tell us about your biggest victory.

I don’t have any major victory, and some kind of unserious, easy battles. Each fight is serious in its own way.

There is no such thing as a major fight. I am preparing very seriously for every fight. They are all important to me.

At what age did you start practicing Muay Thai?

I came to Empire Club and to [coach] Vitaly Viktorovich Miller at the age of 14. My father brought me to the gym. Before that, I played football, but my father always wanted me to do martial arts. Well, then, I decided. It was evening, and my dad decided to talk to me. There was a serious conversation. He asked me to say that I will try martial arts. I listened to his opinion and went to the gym. And that’s it — one training session and that was enough for me to understand that this is mine and that I want to connect life with this sport.

Tell us about your first professional fight.

I had my first professional fight at a TNA tournament against Janu da Cruz from Guinea-Bissau. I remember that before the fight, he did everything he could to scare me. Before the weigh-in, he had such a terrifying look. He tried to intimidate me with his eyes somehow. At the weigh-in, he put on his mask. He had such a mask — Hannibal. He looked rather severe. But we guys from Prokopyevsk cannot be scared! Absolutely nothing will scare us.

So, I confidently went into the ring. As soon as the bell sounded, Janu went right at me. I think he made a mistake. I immediately met him with a half-straight, half-side punch — a hard punch — and the bout ended.

After the battle, Janu came up to me and said that this is business, nothing personal. He said, “Do not be angry with me.” And that’s how we met. We continue to communicate with him via social networks. We correspond on Instagram, and he, despite his harsh appearance before the fight, is a good guy and a family man. As far as I remember, he has four children. There are many videos on how he educates them, how he plays with them. He’s a completely different person — a good guy, really.

The arena for GLORY 75 will be full of Moroccan fans. Will the pressure from your rival’s supporters be a problem for you?

If you beat Hamicha, should your next fight be a title bout?

My next fight is not for the title, and I think only about it. Only about victory. As soon as the battle is over, I will think about other bouts.

What was the best fight of the previous year?

The best fight of 2019 was Artem Vakhitov against Donegi Abena.

Everyone knows that Artem broke his arm at the beginning of the second round. And I just want to say that Artem is a hero! A few fights before that, he fought with a broken arm and won with one hand, and it was evident that he did not even touch his opponent with his second hand. And his last fight with Donega Abena… in general, everyone saw, he just had his hand down, and he just won the fight with one hand. This is a hero! He fought for the title with one hand and won! I want you to write it in capital letters: ARTEM VAKHITOV — HERO!