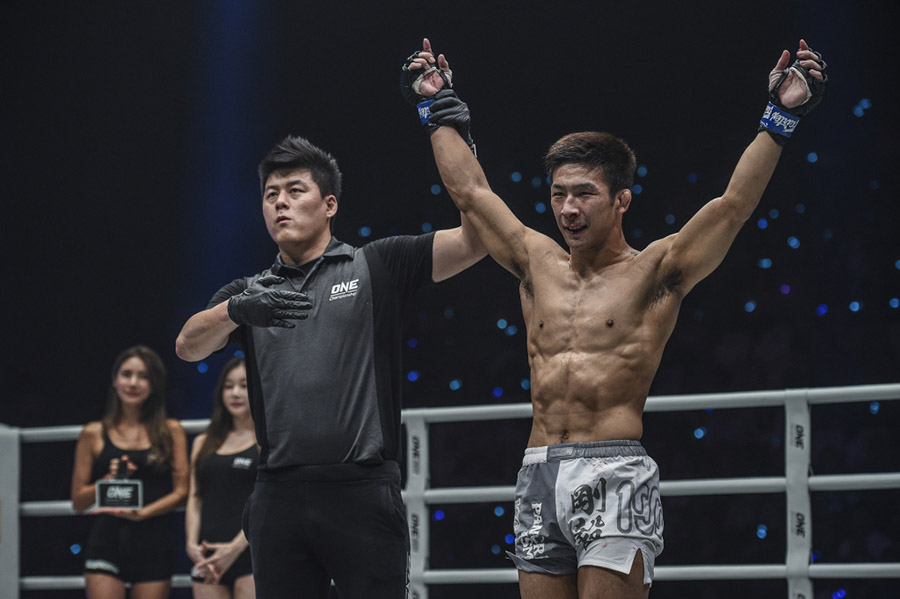 Below is a preview of the featherweight tournament participants.

A ONE Championship veteran, a member of the famous AACC gym in Japan and one of the most experienced guys in this field – all of these things describe Koyomi Matsushima, who looks to be the guy to beat in this tournament. His only losses in his career come to grappling wizard Garry Tonon, ONE title challenger Martin Nguyen, top Japanese prospect Isao Kobayashi, former Bellator ace Marlon Sandro and UFC veteran Rolando Dy. Other than that, he’s been solid. He’s very well-rounded, possessing good power striking, solid wrestling and submission skills. He may be light years ahead of most of the guys in this field.

China’s Kai Lu actually trains in the Czech Rpublic, which is interesting, but doesn’t negate the fact that he probably has the longest shot to win this tournament. Though a finisher, he has not really fought many opponents with good records. Every time he’s fought somebody with an above-.500 record – save for one fighter – he has lost. He has a tough, experienced opponent in his first fight, so history would suggest he could struggle here.

Keisuke Sasu is an under-the-radar talent to watch who has spent most of his career in the Shooto promotion in Japan. His lone loss came in 2016, and since then, Sasu has secured some solid wins. His most recent win was a decision victory over Ryoji Kudo, who is competing in this year’s PFL season. Keep an eye on his grappling.

Angga Hans is yet another longtime ONE Pride veteran fighting out of Indonesia that has a good deal of experience. The man is a finishing machine, putting away 11 of his 13 wins via knockout or submission. His last loss came in 2017.

Jun Young Hong is a member of “The Korean Zombie” Chan Sung Jung’s camp in South Korea and enters this tournament with some solid experience. Don’t let the record fool you, Hong has faced some tough competition including UFC veteran Sung Bin Jo. Hong’s preferred method of victory is by knockout, so he’s entertaining to watch as well.

Zha Yi may be another dark horse to keep your eye on, as the Chinese fighter is an experienced vet who has fought mostly for the WLF WARS promotion. A number of his wins come over some experienced guys in the Chinese regional scene as well, so he hasn’t been only crushing cans over there.

Jung Young Lee is a Road FC veteran who has not fought since 2019, so that’s definitely something to keep in mind. That said, he has good power in his strikes and has fought some decent competition in South Korea. His last fought was a 10-second knockout.

Last but not least, China’s Bin Xie is yet another Contender Series veteran from last year that lost on the show, but gets another shot here. Though he lost to Olivier Murad, many thought he had done enough to score the win. He’s also a ONE Championship veteran, showing he has big show experience. His biggest win comes over longtime ONE veteran Edward Kelly. Xie is an excellent grappler.