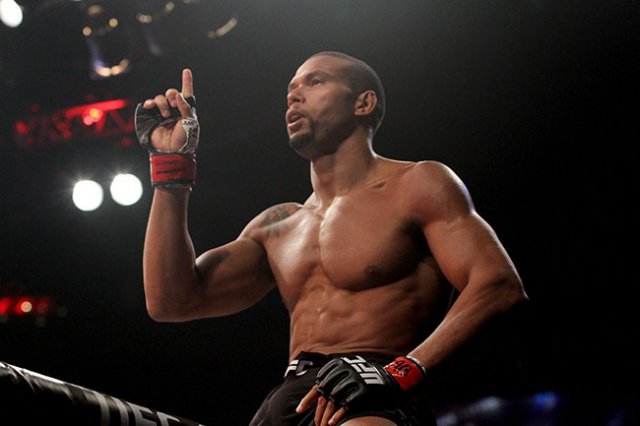 UFC 239: Paths to Victory for Jon Jones and Thiago Santos

UFC 239 features a pair of dominant champions looking to add to their respective legacies by taking out dangerous contenders. Amanda Nunes faces the durable and skilled Holly Holm, a woman who has a knack for dethroning seemingly beatable opponents. For Jon Jones, it’s just another night at the office, but for Thiago Santos, it could be the moment of a lifetime.

Jones looks to make his second title defense after winning the vacant UFC light heavyweight strap at UFC 232. It was there that Jones faced and defeated perhaps the greatest threat to his championship run: Alexander Gustafsson. The two had met previously at UFC 165, and it was one of the greatest UFC title fights in company history. With Gustafsson out of the way and the Daniel Cormier rivalry seemingly put to rest, a sustained title run for Jones at 205 pounds seems to be a foregone conclusion for many MMA fans.

Don’t count Santos as one of those who is ready to hand Jones another W. The Brazilian has been on an absolute tear since a knockout loss to David Branch in April 2018. Since the defeat, Santos has gone 4-0, with three of those wins coming by way of knockout. Included in those finishes are back-to-back “Performance of the Night” honors against Jimi Manuwa and Jan Blachowicz. Santos and Eryk Anders also earned “Fight of the Night” for their contest in September.

With an impressive 15 knockouts in 21 career victories, Santos has MMA analysts and fans quick — and right — to consider his best path to victory to be his striking. The Brazilian has shown knockout power both early in fights as well as in the later rounds, meaning the champion Jones has to keep his head on a swivel at all times in their UFC 239 fight. While Santos looks to land the vicious knockout blow, there are some other areas the challenger would be wise to address before the cage door closes for the UFC 239 main event.

The first — and this is true of virtually all of Jones’ opponents — is to not become entranced by the Rubik’s cube that is Jon Jones. We’ve seen opponents become in awe of Jones once the fight begins. It’s one thing to prepare for someone with the reigning champion’s length and skills, but it’s quite another to stand across the cage from a fighter who, for all intents and purposes, is undefeated.

Avoiding the infamous “Octagon jitters” in facing a dominant champion like Jones will be the first step in Santos’ path to a title. Another positive step is to avoid getting frustrated. The Brazilian will almost certainly look for the knockout early and often, but finding a home for it will almost certainly not be an easy task. Jones doesn’t always display technical brilliance in the cage, but he’s very good at staying just out of the danger zone. Whether it’s the outstretched arm and a high guard on the other side or his kicks, Jones does an amazing job at keeping the fight at a distance that accentuates his length. Santos will have to realize that not every power strike is going to land, and even if it does, it might not be the one that dethrones the champion. It will be paramount for Santos to keep his focus and avoid the frustration caused by Jones’ defense.

What would help Santos’ strategy for landing that deciding blow will be making the fight less of a chess match and more of a brawl. He needs to make Jones feel uncomfortable. His ever-present knockout power is something for Jones to consider for however long the fight lasts. Maintaining that heightened sense of awareness is a mental drain on any fighter, even one the caliber of Jones. Santos should make it a priority to keep the champion from getting in his comfort zone and keep him on edge for the entirety of the fight.

A final point to make regarding Santos’ strategy might sound counterproductive to how many believe Santos can win the fight. While most would believe that Santos has to look for the knockout blow upstairs, he would be better suited to attacking Jones’ body. The champ’s defensive techniques work so well because fighters are constantly looking to land a strike on his head. By attacking the body, Santos can present another threat for Jones to worry about. While Jones is great at avoiding shots to the head, few opponents have looked to wear down the champion by working the midsection or the legs. We don’t expect Santos to challenge Jones in a grappling match, so attacking the body will provide a second threat against Jones.

For the champion, this is another dangerous challenge to overcome. Santos doesn’t bring anything new that Jones hasn’t seen before. The champion has taken out Olympic-caliber wrestlers, knockout artists, and grapplers. Although Santos doesn’t bring anything new to the champion, it doesn’t mean he isn’t capable of defeating Jones. However, “Bones” has his own keys to victory that are almost certainly part of his mindset heading into UFC 239.

Just as Santos has to be mindful that every strike might not be the fight-ending blow, Jones has to punish Santos on every missed opportunity. It’s frustrating enough to think you’re going to land a combination or decisive strike, it’s even worse when the opponent makes you pay for your mistake. As previously stated, Jones does a great job at playing defense with his strikes and techniques. In fighting, it’s not enough to just play defense. Jones will not only have to avoid the dangerous strikes of the challenger, but he also needs to make Santos pay for each missed strike.

Jones has proven to be a master at keeping the fight at a length that benefits his reach, but we’ve also seen the champion succeed at every range. Jones has won fights based on his dominant wrestling, his impressive reach, and even in close. Go back to his title defense against Glover Teixeira for evidence of how Jones won the fight with his powerful clinch game, an area that many believed would be where Teixeira would thrive.

By clinching with Santos, Jones will not only avoid the threatening strikes of the Brazilian, but he’ll also slow the fight down to a speed that he prefers. While Jones is certainly talented enough to go tit-for-tat with an opponent, he thrives in a pace that allows him to make his patented in-fight adjustments and conserve energy. Santos favors wild exchanges and explosiveness. Keeping the challenger clinched up will not only drain Santos’ strength, but it will also keep the challenger focused on out-grappling Jones (not an easy feat) instead of trying to take Jones’ head off.

Another way of keeping Santos on his back foot is one in which the champion excels: affecting the rhythm of his opponents. Jones is great at keeping his opponent from getting any sort of rhythm or timing going. Whether it’s a stabbing jab, a long front kick, or a well-timed takedown, Jones is very adept at making sure his opponent never feels comfortable in the Octagon.

Ultimately, this fight comes down to Jones realizing that, despite the lack of fanfare and heated confrontations heading into the fight, Santos is a very real threat. The champion is the favorite for good reason, but we’ve seen a lack of focus come back to haunt Jones at times throughout his career. By keeping his mind on Santos in the Octagon, Jones will find his hand raised and UFC gold wrapped around his waist.