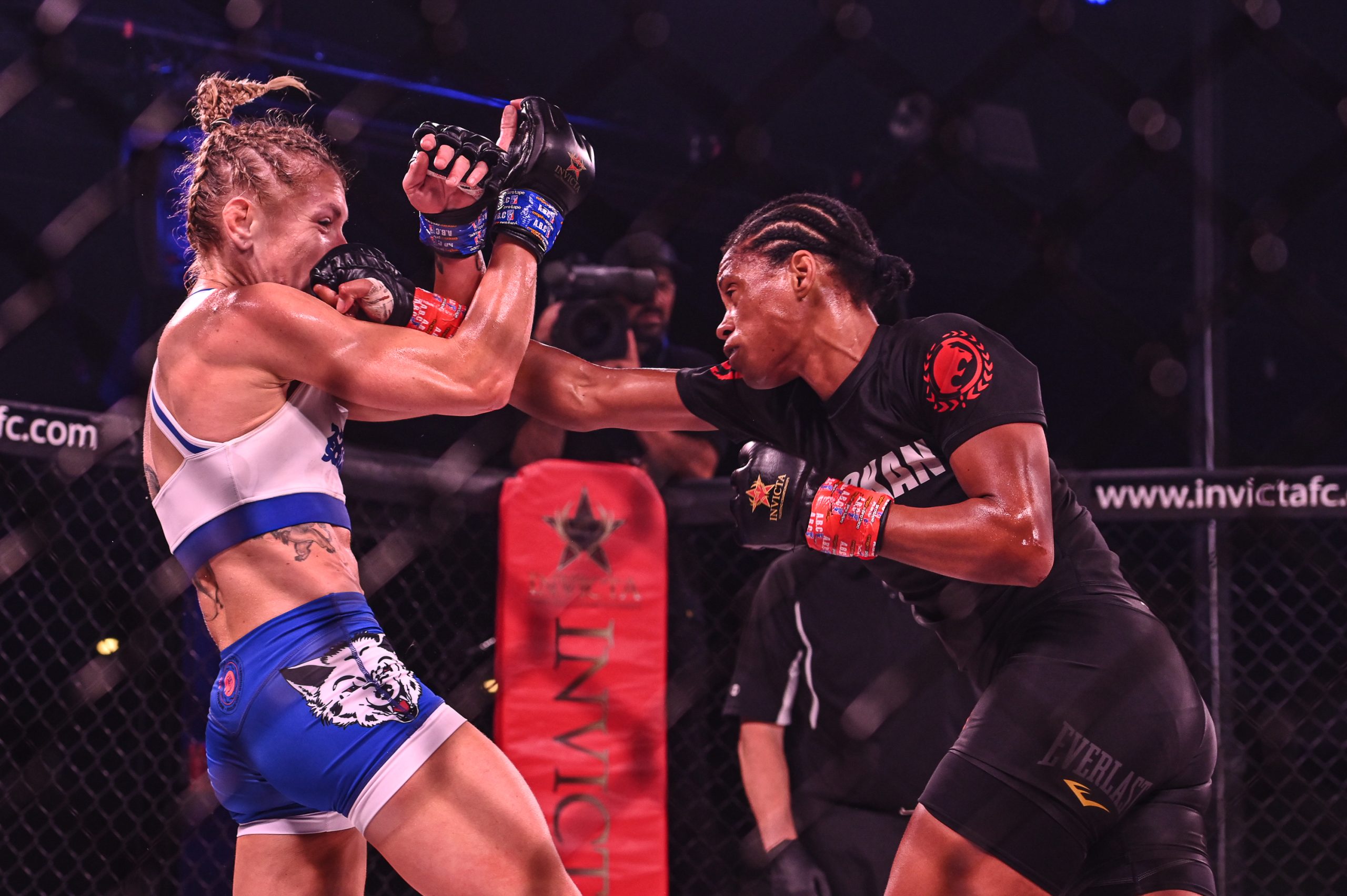 Five Women’s Bantamweight Prospects the UFC Should Sign in 2023

Coming into the end of 2022, Dariya Zheleznyakova, a two-time list veteran, was considered the top 135-pound women’s prospect outside the UFC. The Russian met Melissa Dixon in a fight in November, and in one round, Dixon nabbed that top prospect status from Zheleznyakova.

The undefeated English fighter is a BJJ brown belt and trains under James Dixon, but also gets training with UFC veterans such as Jim Wallhead and Andre Winner. Dixon is also powerful on the feet with her strikes and has a tremendous chin, as seen in her banger with the aforementioned Zheleznyakova. She went 4-0 in 2022, showing how busy she was this year. In addition to her massive win over Zheleznyakova, she also defeated Olympic judoka Rizlen Zouak, Mafalda Carmona and Danielle Misteli.

Dixon is 31 years old, so she’s basically in her athletic prime right now. She’s exciting, tough-as-nails and has shown she can compete through adversity to beat a highly skilled opponent. She’s ready for the UFC now and could provide some awesome fights for the promotion.

The youngest fighter in this entire series, 19-year-old Bella Mir, the daughter of former UFC Heavyweight Champion Frank Mir, continues to be one of the brightest young prospects in women’s MMA right now. She’s just a teenager now, but she has plenty of experience training and is going to be quite the fighter in a few years.

Like her father, Bella Mir is an accomplished and dominant ground fighter. She has a wrestling background and a Brazilian jiu-jitsu pedigree, which is what you see in her fights. She scores takedowns with ease and is positionally sound on the mat. After not fighting in 2021, Mir came back with one fight in 2022 where she scored a first-round armbar over bare knuckle veteran Jessica Link.

Mir has plenty of time to develop, but the women’s bantamweight division is among the least populated divisions in all of the UFC. Ink her to a contract now and let her build up, as she will gain valuable experience in a big show and be somebody eventually in title contention once she hits her peak.

There hasn’t been a ton of fighters coming out of Ukraine the last few years or so, outside of names like Nikita Krylov and a couple others. However, one of the best prospects in women’s MMA outside the UFC is Ekaterina Shakalova, who has been dominating the European circuit the last couple of years.

Shakalova has a grappling background, possessing good submission wrestling and the ability to accumulate damage with her punches. Since losing her lone bout in 2019, she’s since rattled off six-straight victories with four finishes. Her biggest wins come over UFC vet Izabela Badurek and formerly undefeated prospect Jamila Sandora. Her lone win of 2022 saw her choke out Russian veteran Yulia Kutsenko.

Shakalova is only 25 years old, so she’s still young and improving, which is a scary thought for any of her impending opponents. Based on the fact she’s just 5’2” means she may have to drop a weight class in the UFC, which may make her more dangerous if she were to trek down to that division.

The lone fighter on this entire series of lists that did not compete in 2022, Lucia Szabova is still a fighter that should be brought directly to the UFC roster. That’s how much potential she has and how good she’s looked thus far in her career.

Szabova has a Muay Thai background and some professional kickboxing experience, which is why she looks so good on the feet. What’s funny, though, is that three of her six pro MMA victories come by way of submission, specifically armbar. Her biggest wins all came in 2021, where she submitted Olympic judoka hopeful Rizlen Zouak, knocked out Greek fighter Cristina Netza with a kick and decisioned Swedish vet Cornelia Holm.

Szabova is this good at just 24 years old. She and her teammate Tereza Bleda (who won on the Contender Series in 2022) look to be two of the best prospects in women’s MMA right now in their respective weight classes at such a young age.

When a fighter possesses the Invicta FC title, it’s almost a given that they are going to be on the UFC roster imminently. In the case of Taneisha Tennant, that, in addition to being a Dana White’s Contender Series veteran, should have her wearing a UFC fight kit in no time.

Tennant is a striker which is seen in most of her fights. She strikes from a distance and looks to defend the shot while using that distance, as she looks to avoid long grappling exchanges. She’s a good athlete, which helps her avoid that as well. She’s 2-0 since falling on the Contender Series, including her lone 2022 bout, where she scored Invicta championship gold in besting Bellator vet Olga Rubin by clear-cut unanimous decision.

Tennant is 33 years old, so she’s a tad older than most females vying for a spot on the UFC’s roster. However, she’s looked very impressive in her last few bouts and appears to be continually improving, so the UFC brass should look to get her to bolster the UFC’s women’s bantamweight roster. First, she will have to defend her Invicta title in January against UFC veteran Talita Bernardo.