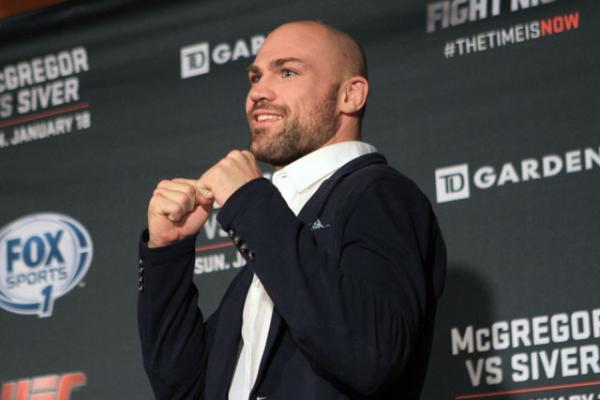 When the scores were read on Sunday night, everyone was in disbelief. How had three judges scored the UFC Fight Night 59 contest between Cathal Pendred and Sean Spencer in favor of Pendred? It seemed like the only logical answer involved either an error in which the Massachusetts commission had reversed the names when relaying the verdict to UFC announcer Bruce Buffer or Buffer himself committing the same error. As it turned out, that wasn’t the case. Judges Eric Colon and Douglas Cosby had in fact scored the fight 30-27 in Pendred’s favor, and judge David Ginsberg had given Pendred the nod with a 29-28 score.

However, convinced as we all are that Spencer topped Pendred in at least two out of the three rounds, could judges Colon, Crosby and Ginsberg really be justified in seeing it the other way? Let’s play devil’s advocate for a moment with some help from the numbers over at FightMetric.

The first round was certainly Spencer’s best. He staggered Pendred with multiple right hands and had the Irishman scrambling to survive. In doing so, Spencer tallied 15 significant strikes out of 39 thrown. Those were his only strikes in the round, and Spencer made no attempts to take Pendred to the mat. Meanwhile, Pendred landed 11 significant strikes out of 22 thrown, as well as 20 total strikes out of 31 thrown. In addition, the Irishman completed two takedowns out of the eight he attempted and went on to complete two guard passes. So, in pure numbers, Spencer landed more significant strikes in round one, but Pendred landed more total strikes. Pendred supplemented those striking numbers with a pair of takedowns and passes.

The stats alone side with Pendred taking the first frame, but weight must be given to the damage Spencer did and the one other important stat noted by FightMetric: Spencer’s one knockdown of Pendred. In boxing and kickboxing, a knockdown typically results in a 10-8 round. It’s not just another significant strike, it’s a near-fight-ending significant strike. Spencer’s knockdown was by far the story of the round, and Spencer followed up with a flurry of strikes that kept Pendred on his heels.

Round one, therefore, should have gone to Spencer.

The remaining two stanzas are where things get murky. Goldberg and Rogan pointed to Pendred’s suspect striking. He was telegraphing his strikes and moving in what seemed like slow motion, while Spencer appeared to be more accurate and had enough speed to run circles around Pendred if he had wanted to. But, what do the numbers say?

The second round plays out as the most even of the contest in terms of the statistics. Every strike landed in the round was a significant one. Spencer tallied 21 of 60 thrown, whereas Pendred landed 20 of 48. It doesn’t get much closer than that. Pendred may have earned the round with a single completed takedown and guard pass. As fast and accurate as Spencer appeared to be at the time, the stats reveal there’s an argument to be made in favor of Pendred.

That brings us to the final frame. This was Pendred’s best and Spencer’s worst, at least in what they managed to accomplish.

Pendred was a slowmo nightmare in the stand-up department by this point, but he was surprisingly accurate and effective in landing his strikes. He checked in with 18 significant strikes landed out of 42 thrown. He added one more total strike to bring his overall tally to 19. Spencer, on the other hand, looked fast but only landed 16 significant strikes of 56 thrown. He was whiffing a lot by this point. Pendred added a takedown, but he was not able to do anything with it. Spencer was able to quickly return to his feet, where he closed out the round.

It was far from pretty, but Pendred was more effective in round three. Spencer connected on fewer punches than he had in the previous rounds, didn’t do any significant damage and did get taken down, however short-lived that might have been.

Numbers don’t always tell the full story of the fight. There are a lot of other things to consider. After all, MMA fights are judged on a number of criteria, including effective striking, grappling, Octagon control and damage inflicted on one’s opponent. In those terms, there’s a good argument to be made for Spencer taking all three rounds and two at the very least.

Yet, justifying a decision and agreeing with it are two different things. Remember, we’re playing devil’s advocate here. The question lies in whether the judges could have been justified to score the fight as they did. And the answer to that question? Well, maybe the judges weren’t quite as crazy as we all thought on Sunday night.