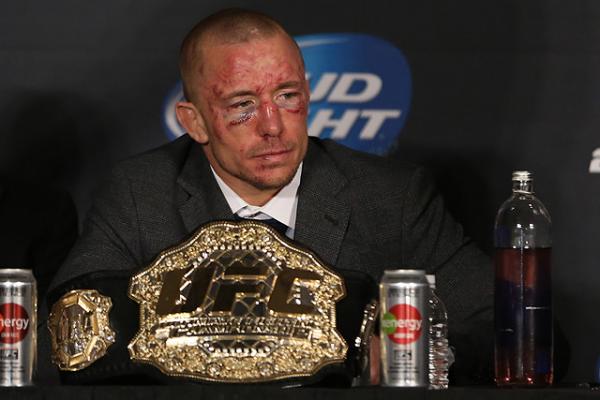 How to Improve the Scoring System in MMA

There have been too many controversial decisions in MMA to not realize that the scoring system is tragically flawed. The new Unified Rules of MMA made a small step in the right direction when they lowered the requirements for scoring a 10-8 round, but that was merely putting a bandaid on the wound. It’s time to make a major change that will significantly decrease the frequency of scorecards that leave fans scratching our heads.

One suggestion that’s been proposed would make each round scored on a 30-point system — 10 points for striking, 10 points for grappling on the ground, and 10 points for clinch work. If a fighter wins all aspects of the round, they would win the round 30-27. If they won two out of the three aspects, then it’s a 29-28 score.

The 30-point system certainly would be an improvement, but there are countless rounds where arguments could be made that either fighter had an advantage in any or all three scoring criteria. Furthermore, how would rounds be scored where the fighters remain standing for the entire five minutes? 10-10? 9-9? So, while a 30-point system is an improvement, it still leaves too many loopholes that prevent it from being the best method for scoring fights.

The easiest solution would be to have no rounds. The fight can only end when one fighter can no longer go on, whether it is by knockout, submission or pure exhaustion. This was how it worked in the early days of the UFC, but it caused events to go beyond the allotted pay-per-view time. Nowadays, the athletic commissions would never allow it, either. For the sake of fighter safety, this is probably a good thing.

Pride Fighting Championships had a good solution to scoring a fight, and it’s time to take a major page out of the legendary Japanese organization’s book. Let’s move to a system where we score the fight as a whole.

If the bell rings at the end of the final round without a knockout or submission, let the judges decide who won the fight as one unit, with no round-by-round scoring. The primary criteria for scoring should remain the same. The most important factors are effective striking and grappling. The damage inflicted with strikes and the threat of being submitted should weigh much more heavily than the sheer numbers of strikes landed or a fighter being in what is traditionally known as a superior position. It is much more unlikely that both aspects can be considered equal over 15 or 25 minutes than it is for them to be considered equal within a five-minute round. In the rare instance where a judge decides neither combatant had an edge, that judge should rule the bout a draw. We should also increase the number of judges from three to five. The more eyes there are scoring the fight, the smaller the margin of error naturally becomes.

One fight that sticks out where the outcome could have — and should have — been different is in the case of Georges St-Pierre and Johny Hendricks. Hendricks left GSP battered and bloody, and there is a strong argument that Hendricks won three out of the five rounds. Despite what looked like a possible Hendricks victory, GSP limped away with the win and the belt still around his waist.

None of the judges in the St-Pierre/Hendricks fight had the same exact scores on a round-by-round basis. Given the scoring criteria, a split-decision victory for GSP may have been unpopular, but it was not inexplicable. St-Pierre landed more significant strikes overall (101-85) and controlled the final round with a takedown. However, not every significant strike is equal. Hendricks had GSP wobbled twice in the fight, and St-Pierre’s guillotine attempt in the first round was nowhere near close to a fight-ending submission. Had the fight been scored as a whole, it would have been incontestable that Hendricks had won the bout and should have been crowned champion.

With five judges scoring a fight overall, the number of controversial, or wholly wrong, decisions would diminish drastically. The sport would be one step closer to the pure, perfect contest every fight fan longs to see.