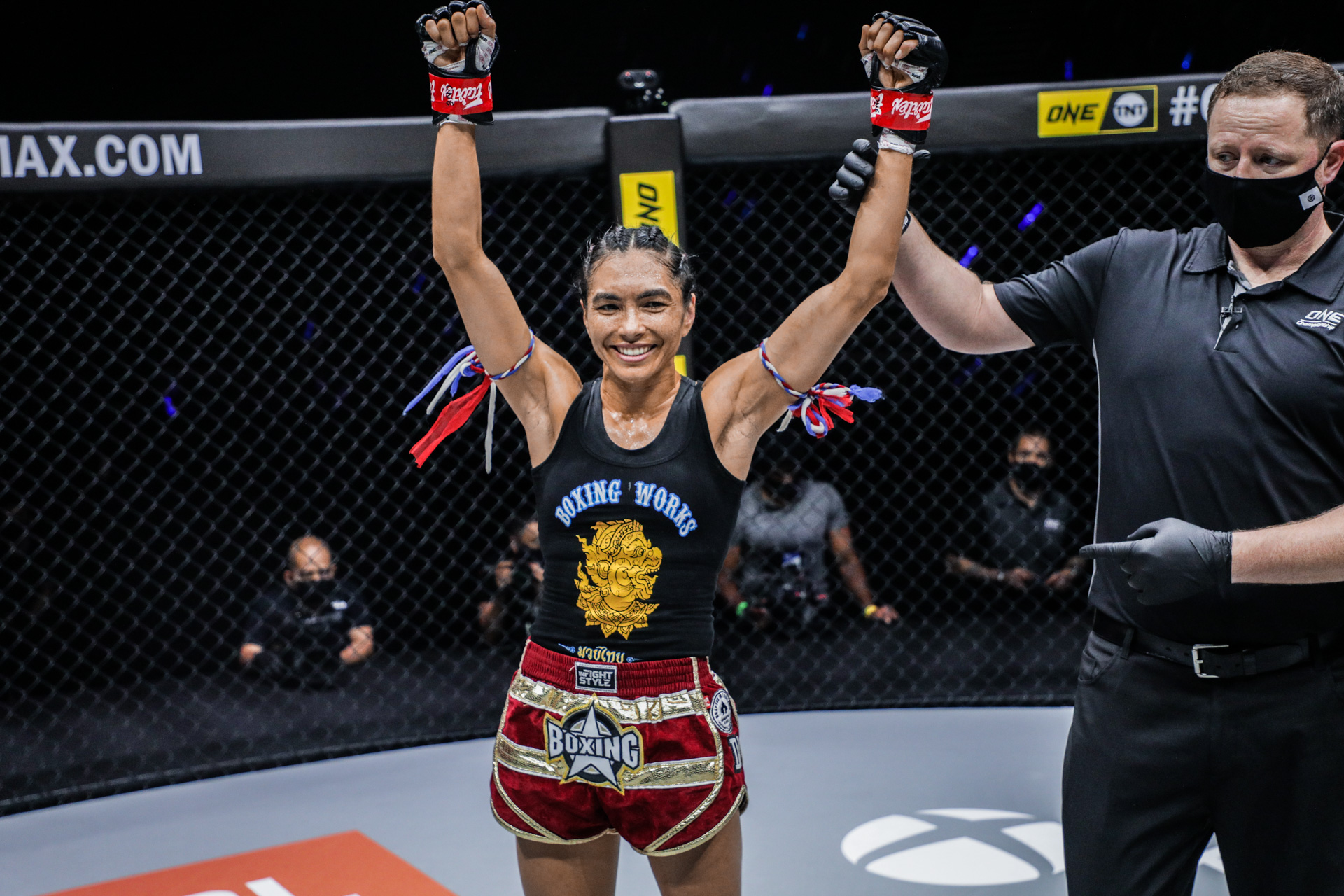 Three Reasons to Watch ONE 159: De Ridder vs. Bigdash

ONE Championship is set to step back under the bright lights of the Singapore Indoor Stadium on Friday, July 22, with ONE 159: De Ridder vs. Bigdash, which will feature a stellar 11-bout card headlined by two championship matches.

One of the sport’s most dominant athletes, Reinier De Ridder, will put his middleweight strap on the line against former divisional king Vitaly Bigdash in the evening’s main event, but any of the action-packed fights could steal the performance bonuses that are up for grabs.

So, fans should expect nonstop entertainment once ONE 159 kicks off.

Here, we look at three reasons why ONE’s next event will be unmissable this Friday.

The American star will have another chance to grab the divisional gold when she makes the walk to the Circle against Lara Fernandez for the ONE interim atomweight Muay Thai title at ONE 159.

Todd is the reigning atomweight kickboxing queen, and she has a highlight reel that shows her incredible skill and ferocious power. Despite failing to snatch the Muay Thai crown from Stamp Fairtex in her promotional debut, “JT” has remained one of the top challengers. And now she gets to shoot for two-sport glory.

It’ll be a steep test for the debuting Fernandez, but that adds further excitement to the matchup.

Fernandez has youth and vigor on her side, and she has proven herself in title bouts before, scoring both the WBC and ISKA championships.

The Spaniard goes up against Todd’s computer-like ability to break down her opponents, and this may be the biggest factor preventing her from getting to the top of the mountain in her ONE debut.

Can Todd finally realize her dream and become ONE’s latest two-sport champion? Or will a new face shatter those expectations and set up a new era in the atomweight division?

All will be revealed on Friday night.

Muay Thai Madness
Outside of the incredible co-main event, three additional Muay Thai bouts will be contested at ONE 159.

On the main card, Muangthai PK.Saenchai meets Vladimir Kuzmin in an exciting bantamweight bout. However, it’s the two bouts on the lead card that may catch most fan’s eyes.

First up will be lightweights Sinsamut Klinmee and Liam Nolan. Sinsamut shocked the world with his stunning finish over Nieky Holzken at ONE X, and he will be trying to do the same here. But his British counterpart is on a roll, and he’ll be seeking to extend his win streak and become the next title contender.

In the featured lead card spot, “Smokin” Jo Nattawut meets fifth-ranked featherweight contender Jamal Yusupov. Nattawut, who has yet to lose inside the Circle in a Muay Thai affair, will be trying to take the ranking spot away from Yusupov, who has been on the precipice of a title shot for some time now.

All three of the contests are set to be outstanding matchups with significant stakes within their respective divisions.

Fans of the striking arts will want to make sure to tune in for these.

A New Lightweight Threat?
Former ONE featherweight champion Marat Gafurov will meet returning grappling ace Ariel Sexton on the lead card also, and it may be the Costa Rican’s opportunity to immediately insert himself into the title picture.

COVID-19 and injuries pushed Sexton to the backburner, but “Tarzan” has won five of his last six bouts. And each of his five wins in ONE has come via knockout or submission. If he returns with a finish over a former champion, his claim for a ranked opponent could be valid.

This makes it a great spot for Gafurov also. If he can snuff out Sexton’s flame, he can usurp that spot and begin his own ascent in the talent-rich division.

These two veterans are seeking the same thing and have the same opportunity to force their way into the mix.

But at ONE 159, when the Circle door locks, only one will be able to grab it.