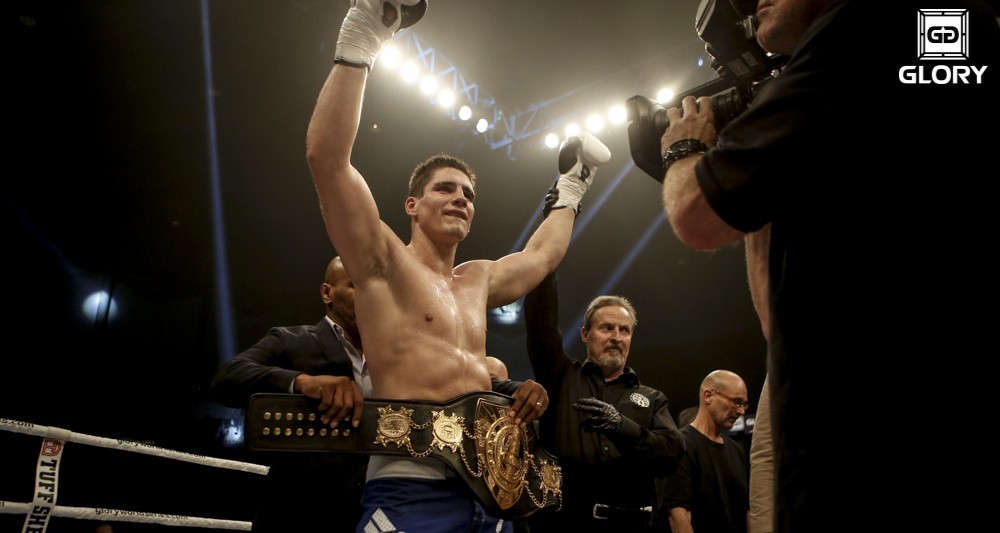 On Friday, June 5, GLORY headed to France for its 22nd event, which took place from the Stade Pierre-Mauroy in Lille.

In the night’s main event, heavyweight champion Rico Verhoeven put his belt on the line for the second time in 2015 when he went up against Romania’s Benjamin Adegbuyi. The 26-year-old Verhoeven had not tasted defeat in the GLORY ring since 2012. He captured the belt at GLORY 17 in 2014 and successfully defended it in February against Errol Zimmerman at GLORY 19. Adegbuyi, meanwhile, had never lost under the GLORY banner and had won 15 of his last 16 bouts.

Also on the main card was a lightweight contender tournament to determine which fighter will get the next crack at champion Robin van Roosmalen. In one half of the bracket, Canadian Josh Jauncey met Frenchman Djimé Coulibaly, while former champion Davit Kiria took on Thai star Sittichai Sitsongpeenong in the other half of the ladder.

The night’s main card aired on Spike TV on Friday at 4 p.m. ET.

Heavyweight champion Rico Verhoeven survived a challenging first round before putting on a technical clinic against challenger Benjamin Adegbuyi. The Romanian Adegbuyi scored early with his jab, popping the head of the champion back on multiple occasions. Verhoeven was undeterred, opening up with his kicking game as the fight carried on. The Dutchman fired combination after combination, tiring out the challenger. The inside leg kicks of Verhoeven took away Adegbuyi’s movement and set him up to absorb strike after strike. The scorecards were lopsided, as Verhoeven successfully defended his belt for the second time via unanimous decision.

The lightweight tournament final saw Sittichai Sitsongpeenong continue his dominance, battering Josh Jauncey with kicks for three rounds. What worked for Jauncey in the semifinals was ineffective against the more experienced Thai fighter. Sittichai unleashed left kick after left kick, peppering the body of the Canadian and opening a cut over Jauncey’s right eye. The cut wasn’t a factor, but Jauncey’s offense was nullified throughout. When it was all said and done, the judges rewarded Sittichai for his efforts and rewarded him the tournament crown.

Former tournament finalist Zack Mwekassa wasted little time getting back into the win column, knocking out newcomer Carlos Brooks in the first round. Brooks used his jab well early, keeping Mwekassa at range. As the opening stanza progressed, Mwekassa found a home for his left hook. He rocked Brooks against the ropes to warrant a count, and then finished him off with another heavy shot just moments later.

Canada’s Josh Jauncey put on a leg kick clinic in his semifinal match-up with France’s Djimé Coulibaly. The first round was competitive as Coulibaly came forward and Jauncey patiently countered to find his range. In the second round, Jauncey began assaulting the leg of the Frenchman with kicks. It continued in round three, as Jauncey unloaded on the leg of Coulibaly. The onslaught took it’s toll as Jauncey scored two knockdowns and earned the TKO as the fight closed.

In his GLORY debut, Thailand’s Sittichai put on a kicking clinic, stopping former titleholder Davit Kiria by second-round knockout. Sittichai’s southpaw stance gave Kiria trouble from the start of the fight, as he frequently scored with kicks to the body and fluid combinations. Kiria fired back in round two, delivering a vicious right hand through the guard. It wasn’t enough, as Sittichai connected with a knee to the liver that sent Kiria crumbling to the mat to earn the TKO.