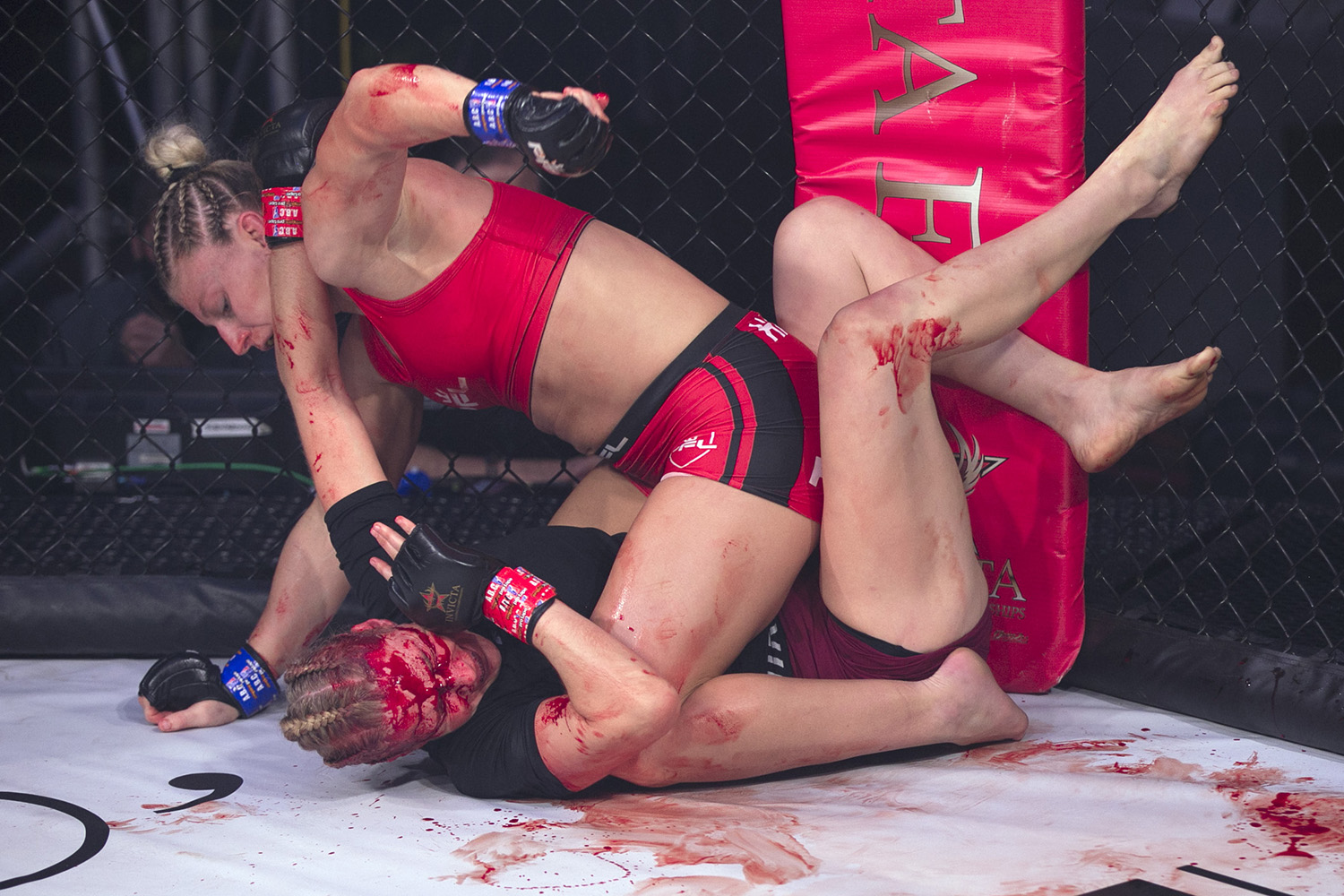 As the season approaches, Combat Press will preview each division. Let’s look at women’s lightweight, where Kayla Harrison seeks to repeat as the champion.

There is no doubt about the favorite here. The PFL literally goes out of its way to have a women’s lightweight tournament so that Harrison has consistent competition. She’s one of the company’s biggest stars. She is also one of the few legit lightweight ladies around. While she has fought at 145 pounds, she’s still a large 155er. The remainder of the field consists of natural 135ers, and Mariana Morais is actually a flyweight. Harrison will hold advantages in size, strength, grappling and overall athleticism over the rest of the competition.

Sanchez is just 1-0 as a pro fighter and has not fought since early 2020. That said, the 30-year-old Roufusport product has shown to be a very solid prospect who is constantly getting better. She has a tall hill to climb here as the least experienced pro in the field. However, she could shock the MMA world with at least a win or two, given the right match-ups.

Pajic, like Harrison, is among the few legit lightweights in the field. However, the 23-year-old is very inexperienced. Her three pro fights came against low-level talent, and she had one spectacle fight where she beat up a random dude. Pajic has scored three finishes, which is reason for some intrigue. Yet, she’s joining an experienced field that includes Harrison, Larissa Pacheco, Cindy Dandois and more. Pajic has a lot to prove.

The Finals Prediction: Harrison vs. Pacheco

Yes, we will see a repeat of the 2019 finals. Harrison is clearly the best fighter, while Pacheco is easily the second best. The Brazilian beat Sarah Kaufman in 2019 to earn her spot opposite Harrison in the finals. None of the remaining eight ladies on this season’s roster are anywhere near as good as Kaufman, so Pacheco should work her way into the finals for a second go-around with the Olympic gold medalist.