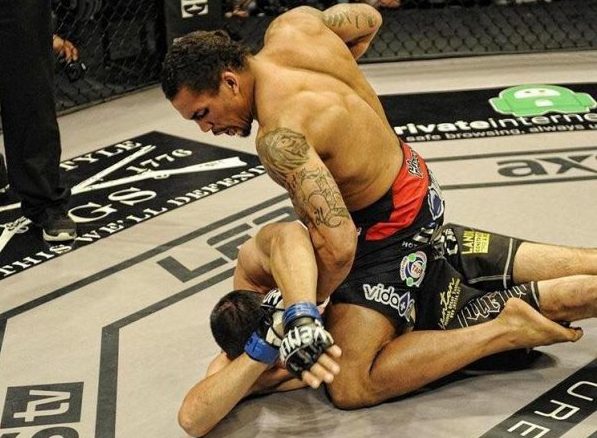 University of Alabama’s head football coach Nick Saban is one of the most polarizing figures in all of sports. He’s a beloved coach and a hated one, and all for mostly the same reasons. It’s because he’s a winner.

Saban brought an NCAA National Championship to Louisiana State University in the 2003 season before moving to the pro level as the head coach of the Miami Dolphins for a few largely unsuccessful years. In 2007, he made himself a heel of the SEC, when he shifted back to college ball and took the head-coaching job at Alabama, a rival of LSU. However, not only was the move a career-changer for Saban — and a legacy-changer for Alabama — but it was an integral part of Eryk Anders’ winding path to athletic fame.

Anders was a linebacker for Alabama. In the 2009 BCS National Championship game, he forced a fumble that ended up changing the momentum of the game and led to Saban’s second national title — and the first of what is now five titles for Saban as the head coach of the Crimson Tide.

“The thing I liked the most about playing under Saban was that everybody got an opportunity,” Anders told Combat Press. “Whether you were a true freshman or a fifth-year senior, the guy who showed up and played and produced, that’s the guy who was going to play. It was an equal opportunity environment, so to speak.”

Anders is now a professional mixed martial artist under contract with the UFC. His athletic ability and work ethic have served him well across the highest echelon of sports platforms. Just like when he played under Saban, the hot hand usually gets the rock in the UFC.

After going 8-0 with various regional promotions, Anders landed in the big show. He opened his UFC career with back-to back wins in July and December 2017. His last win led to a huge opportunity to face former light heavyweight champion Lyoto Machida in Machida’s hometown of Belem, Brazil, as the headliner of February’s UFC Fight Night 125 card. After a back-and-forth fight that went the five-round distance, the judges gave Machida the controversial split-decision nod.

“I think the biggest learning experience is how judges see and score the fight,” Anders said. “In my mind, he wasn’t landing anything of significance. He was just chipping away with leg kicks that weren’t doing any damage or anything like that. In my mind, it had nothing on it. In their eyes, they were counting those as significant strikes.

“A lot of people think I won. Some people think he won. I think, at the end of the day, I finished the fight, and I wasn’t really breathing hard. I think if it goes to judges’ decisions and you’re not even breathing hard, you’re either in phenomenal shape or you didn’t do enough. In this case, I didn’t really push the pace, or I should’ve done more.”

Anders is known for his hard-charging forward pressure. Seven of his wins have come by stoppage. Six of those victories came in the first round. How could you expect anything less from a national-champion linebacker? However, Machida has caught way too many opponents coming in fast, so the Brazilian’s presence tends to make fighters cautious.

“I wouldn’t say I held back, but Machida’s whole deal is that he’s a counter-striker, man,” Anders admitted. “So, I didn’t want to get caught doing something dumb, or not taking my time, and end up getting caught. That’s how he gets those knockouts. He catches guys running in. I just gave the counter-striker a little too much respect. I think he gave me everything he had, and I didn’t have a black eye and wasn’t marked up. Like I said, I definitely should have pushed the pace on him.”

While Anders’ loss to Machida was not the ideal outcome, it definitely showed the promotion’s faith in the up-and-comer. The Machida match-up served as a big step up from his previous fight with promotional newcomer Markus Perez. However, the loss put Anders in a weird position. His next opponent is another newer UFC guy.

On Saturday night, at UFC Fight Night 135 in Lincoln, Neb., Anders faces former The Ultimate Fighter contestant Tim Williams. Since a loss to eventual season winner Dhiego Lima on TUF 19, Williams has gone 7-3. Two of his losses were to Anthony Smith, who is rapidly ascending the UFC light heavyweight ranks. The other setback came in his UFC debut, where he was knocked out by Oskar Piechota.

“I can’t really control the opponent,” Anders said. “I love to fight. I’ll fight whoever, whenever. The matchmakers and the higher-ups in the UFC, my manager — everybody knows that. I think it was just a timing issue. A lot of the middleweights had recently fought or are about to fight. Tim Williams was the guy who was available, so that’s the name they drew out of the hat. Certainly, it’s a step down, but I’m approaching it just the same.”

With a lot of flux in the middleweight division, Anders is in a great position going into UFC Lincoln. He is still only 31 years old, and a win over Williams will move him to a 3-1 mark inside the Octagon.

“I’m definitely one of the up-and-comers, one of the higher-up prospects,” Anders explained. “I’ve got three fights, and one was a main event against a legend like Machida, so they’ve got to think something of me. I think I’m in the mix. [I] just need a couple more wins and [I can] start moving my way up the ladder.”

Williams has mostly lost in the striking department. He is a submission-grappling ace who could be a very dangerous opponent for Anders.

“He’s more of a submission, jiu-jitsu-type guy,” Anders said. “He’s 15-4. I believe all four of his losses are by knockout, and about half of those 15 wins are by some kind of choke — hence, his fight name is ‘The South Jersey Strangler.’ I imagine he’s going to try to get this fight to the ground and get his arms around my neck.

“My ground game is superb. I really don’t get to show a lot of it in my fights, because they are usually on the feet or I’m on top in the grappling exchanges. But, I train everywhere. I train everything. If I find myself with my back on the mat, I’m more than comfortable there. I’ll definitely be able to find a sweep or submission or be able to stand up. The fight will take place on my terms.”

Anders has been in sports his whole life. Whether being coached on the field or in the gym, he is an intelligent athlete who understands what it takes to come out victorious. After college, he tried to hold down a nine-to-five job, but that proved to be the wrong direction for him. Some guys can get tired of the rigorous schedule associated with pro sports, but it’s in Anders’ DNA.

“I’m not burnt out,” Anders said. “I love what I do. I love the training. Really, the only thing I don’t like about fighting is the weight-cutting and the diet stuff. Other than that, I love everything about it — all the training and all the hours. I don’t feel like it’s a job or a chore to get up and train. Also, when I train to get into the Octagon, if I’m not prepared, the consequences are dire. We’re talking about getting knocked out or submitted and losing half of your money. There is plenty of motivation there.

“All I do is eat, sleep and train. And, in my spare time, I play with the kids [and] watch movies. I just got done watching Mission Impossible, a good little summer flick.”

And what of his alma mater, the Crimson Tide? Well, with football season finally here and Alabama back in action a week after his fight, Anders has high hopes for the team this year.

“I think as long as Nick Saban is at the helm, Alabama is going to be OK,” said the former linebacker. “He always seems to find his way into the national championship game. I think they’ll definitely be contenders. I think they’re the consensus number-one team. There’s a little bit of quarterback controversy, but he’ll get it figured out.”

Football will still have to wait another week, though. First on the agenda for Anders is his upcoming fight with Williams. This is Anders’ opportunity to get back into the win column and prove to the UFC brass why he will be back in the hunt for a championship sooner rather than later, just like his former coach.

Anders would like to thank all of his coaches and training partners, his manager, his family, his friends and his fans. Follow Anders on Twitter: @erykanders
Advertisement