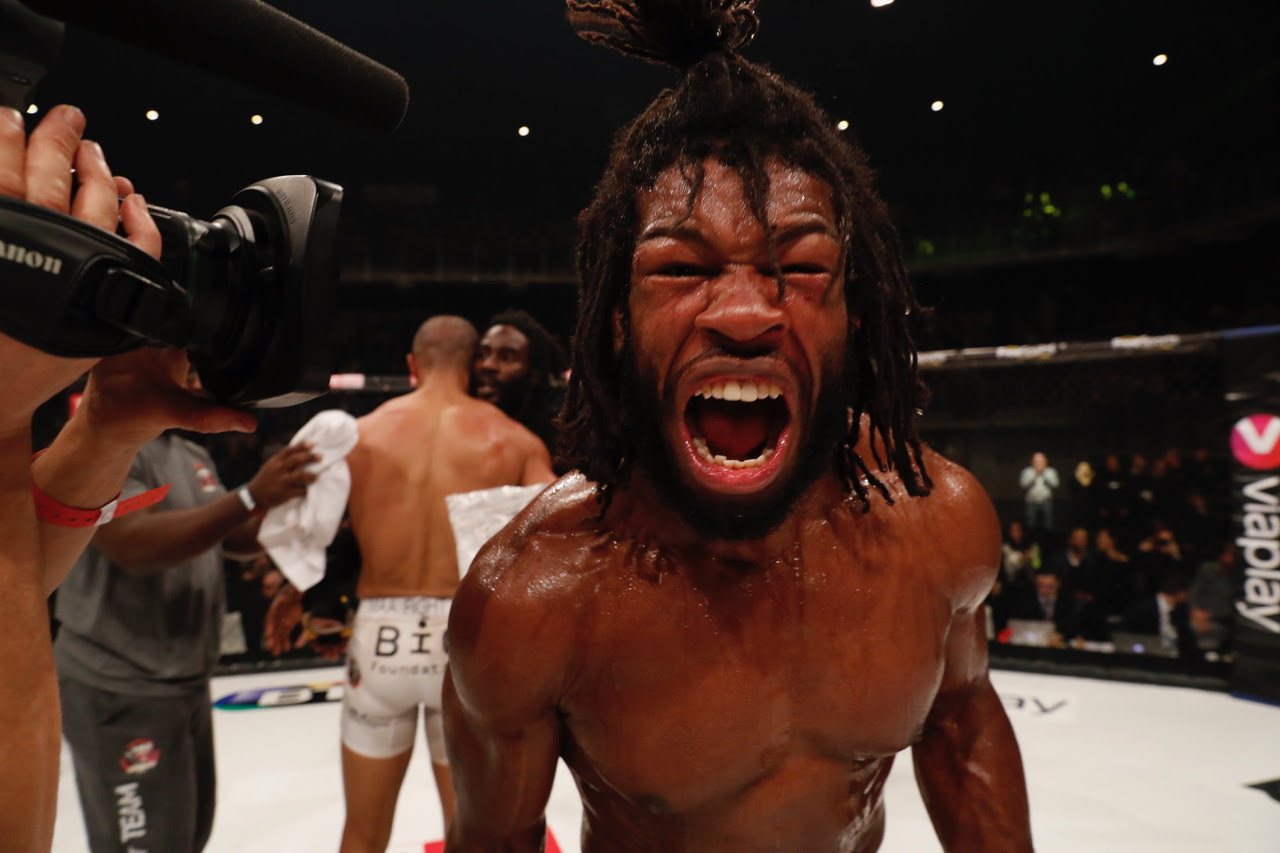 In the evening’s main event, welterweight champion Karl Amoussou was set to defend his title for the first time against UFC veteran Dominique Steele, but Steele missed weight and the fight was changed to a non-title affair. Amoussou had won seven straight fights by way of stoppage, including six first-round finishes.