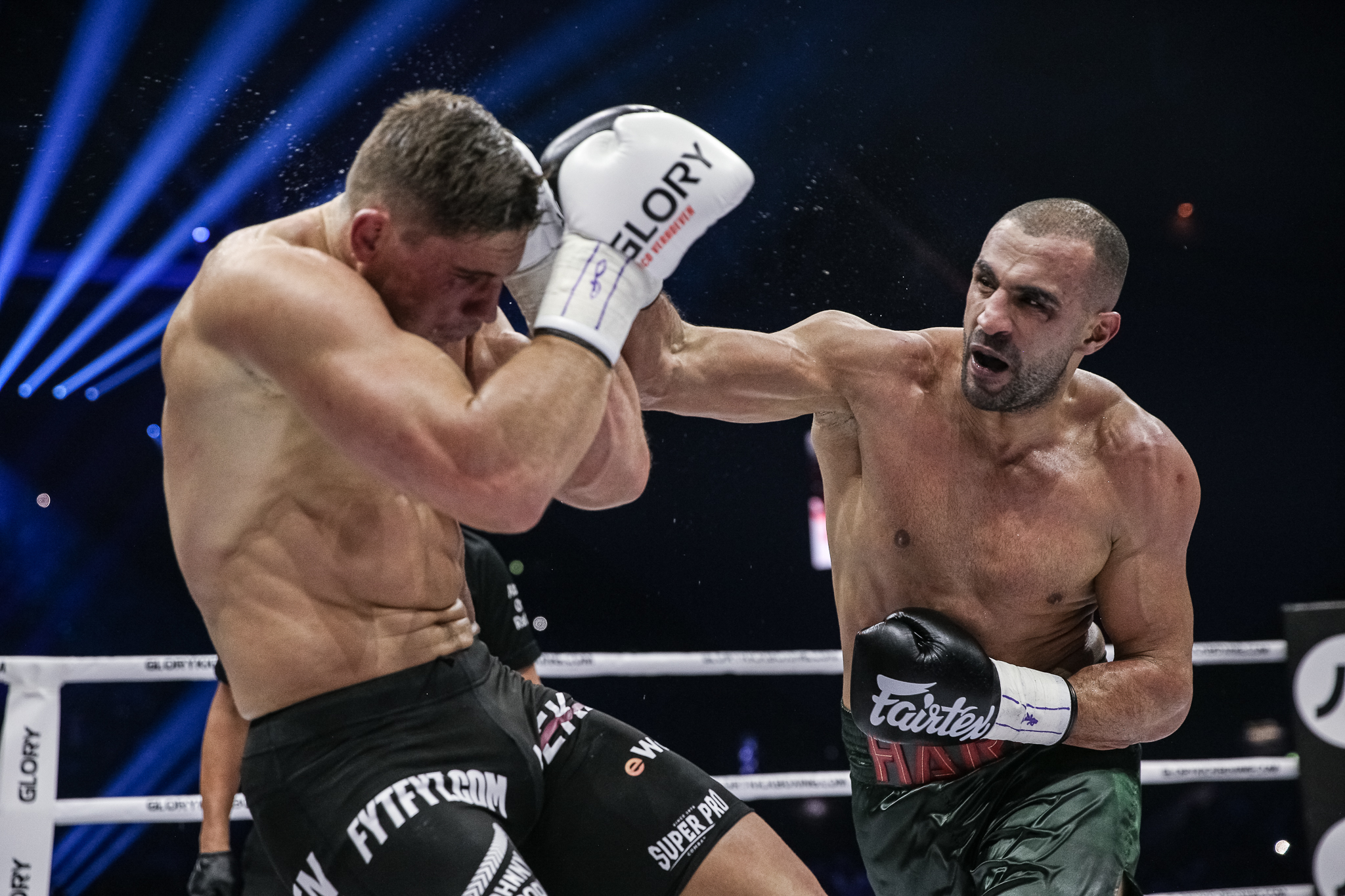 GLORY Kickboxing returns with GLORY 76 on November 7. Will it be the swan song or a revival for what had been the biggest kickboxing promotion in the world?

On July 3, the kickboxing community was shocked by the news from the Dutch press: GLORY Kickboxing was bankrupt. Four days later, GLORY’s former head of talent operations, Cor Hemmers, confirmed that his agreement with GLORY had been postponed and GLORY’s office in Amsterdam was closed.

This seemed to signal the end of the GLORY era. However, after a month, a break in the clouds appeared as, according to rumours, unknown British investors had started negotiations on GLORY’s receivership.

On July 30, GLORY’s official website announced three tournaments: GLORY 76 and 77 for the first weekend of October in France and GLORY 78 for December, with Rico Verhoeven, Badr Hari, Jamal Ben Saddik and Benny Adegbuyi in one card and five championship belts on the line. Later, GLORY also announced that Hemmers would stay with the team as an ambassador.

In August, GLORY lightweight champion Marat Grigorian terminated his contract with GLORY and signed with ONE Championship, which used the inactivity of other promotions during the coronavirus (COVID-19) pandemic very wisely and acquired almost all the world’s top kickboxers from the lightweight division.

The loss of Grigorian was a tough blow for the recovering GLORY organization. Earlier in the summer, the company had lost two other top fighters in Anissa Meksen and Sitthichai Sitsongpeenong. These two stars also moved to ONE, but they were not connected with GLORY as tightly as Grigorian, a champion fighting out of Hemmers Gym. The aforementioned Hemmers can be called the godfather of GLORY, so the termination of the contract by Grigorian meant much more than just the loss of one champion. It meant GLORY and the Hemmers family are not partners anymore.

On August 25, Hemmers confirmed these fears. He revealed that he is not part of the team in the “new” GLORY, as he called the organization on his Facebook page. He also stated that he doesn’t understand the new team’s strategy.

GLORY kept silent and didn’t make any announcements for two weeks. GLORY 76 and 77 were scheduled for October 2 and 3, respectively,, but there was no news from the promotion and fight cards for both tournaments didn’t appear on the website. It started to appear as though both tournaments were postponed.

On September 13, though, GLORY shocked fans with a new announcement. GLORY 76 has been rescheduled for November 7. The aforementioned Hari will fight Benny Adegbuyi, while welterweight champion Cedric Doumbe will defend his title against old rival Murthel Groenhart. The location for the event has not yet been announced, however.

Kickboxing fans will surely have their fingers crossed and hope that new GLORY owners find a way to recover and develop this promotion, as a repeat of the K-1 tragedy would be an unbearable burden for martial-arts fans.