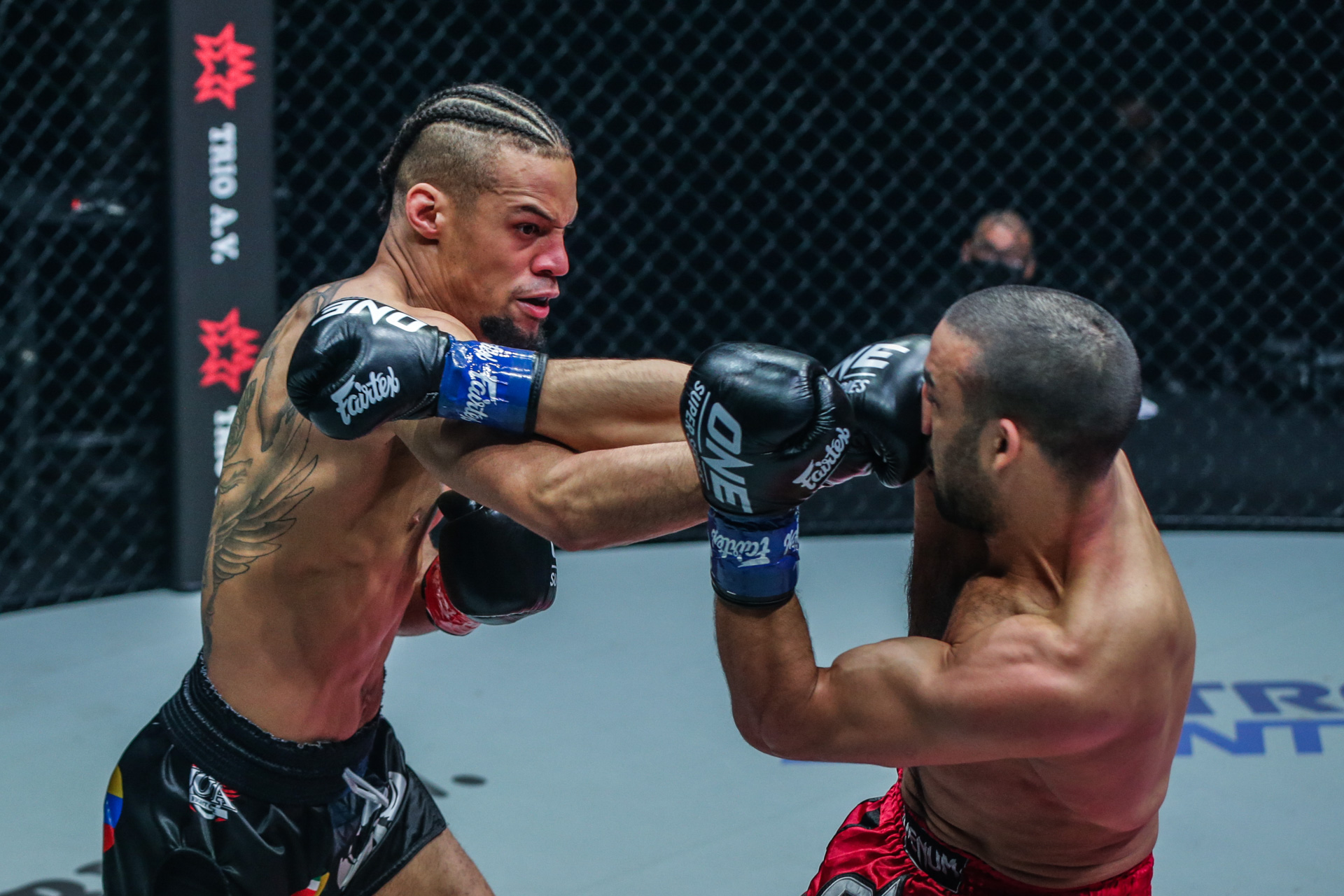 Regian Eersel Back in Action at ONE Championship: Reloaded

Eersel has looked almost untouchable during his reign as ONE’s best lightweight kickboxer. He is on an incredible double-digit winning streak that has seen its fair share of convincing knockouts along the way.

The Surinamese-Dutch striker won the gold after a five-round battle against Nieky Holzken, before running it back with the legend for his first title defense. Eersel then returned with another five-round win, this time against Mustapha Haida.

In his third and most recent appearance in the ONE Circle, Eersel edged out Islam Murtazaev by split decision to retain his coveted gold belt.

The main event matchup will be his fourth title defense. But Sadikovic won’t wilt in front Eersel’s heat. The Germany-based Bosnian earned a shot at the gold by defeating Haida at ONE Championship: Winter Warriors II in 2021. The impressive debut shot him to the forefront of the division and has now put him opposite the champion.

Sadikovic has seen success all over the world, and now he’ll try to shake up the lightweight division with a stunning upset to close the show at ONE Championship: Reloaded.

Eersel vs. Sadikovic is the first match announced for April, following the star-studded Mar. 26 tenth-anniversary show, ONE X. It looks like ONE will be continuing 2022 with more amazing martial arts action featuring the globe’s brightest stars.

ONE Championship: Reloaded will air live on Apr. 8.