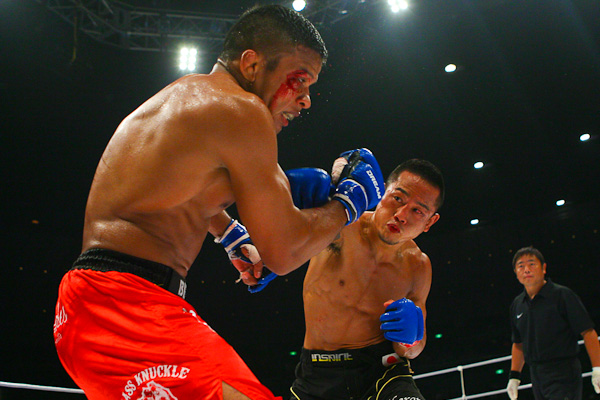 On Sunday, Oct. 8, Pancrase returned to Differ Ariake in Tokyo, Japan, for Pancrase 290.

In the night’s main event, former DREAM featherweight champion Hiroyuki Takaya met former Sengoku featherweight titleholder Hatsu Hioki in a long-awaited rematch. Takaya bested Hioki in the first meeting during the Shooto rookie tournament in 2003. Both fighters were once considered top-10 featherweights in their careers. Now, both men are desperately looking to find their way back into the win column.

In the evening’s co-main event, Yuki Nakahara put his five-fight winning streak on the line against Hiroshige Tanaka, who knocked out Hioki in 14 seconds at Pancrase 287.