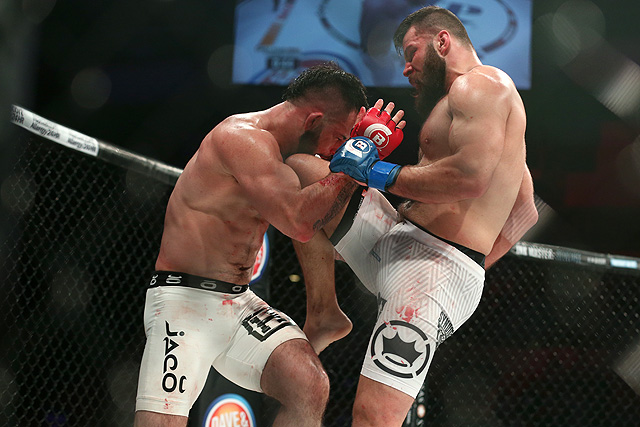 The promotion’s fourth event featured a middleweight bout between Phil Hawes and Julian Marquez. Hawes, a WSOF veteran, couldn’t bounce back from the first loss of his career in his last outing. Marquez, meanwhile, is a veteran of Bellator MMA, LFA and Combate Americas. He was riding a three-fight winning streak into the headlining bout.