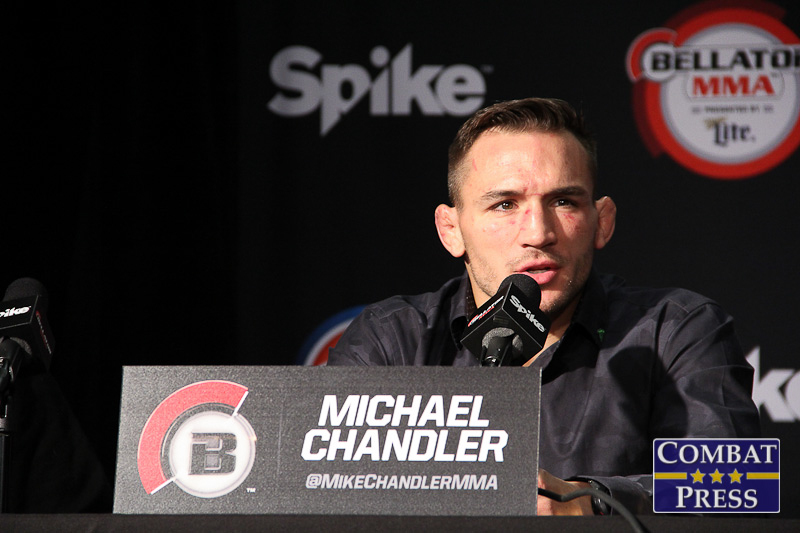 On Saturday, Nov. 19, Bellator MMA will host its 165th event from the SAP Center in San Jose, Calif.

In the night’s main event, lightweight champion Michael Chandler looks to defend his title against former UFC titleholder Benson Henderson. The 30-year-old Chandler recaptured the belt in June with a first-round knockout of Patricky “Pitbull” Freire. Henderson, meanwhile, fell short in his quest to capture the Bellator welterweight strap, but rebounded with a win over Patricio “Pitbull” Freire in his most recent outing.

The action kicks off Saturday with a live preliminary card stream on Combat Press at 7 p.m. ET. The night’s main card will air on Spike TV beginning at 9 p.m. ET.

Above is live video of the event’s post-fight press conference which kicks off after the main event between Chandler and Henderson comes to a close (courtesy of Bellator MMA).