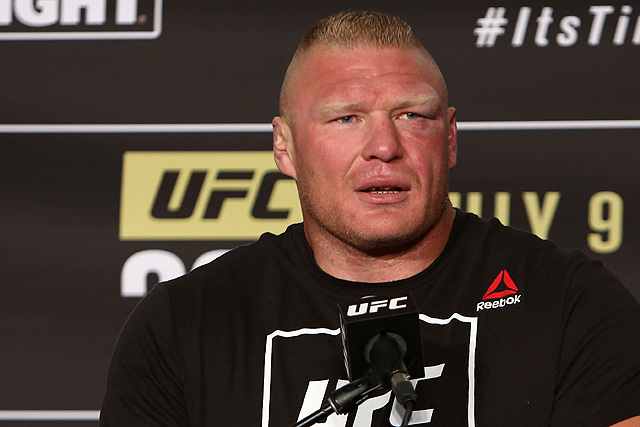 Where Does Forgiveness Lie Within MMA Fans?

There was a time when a UFC fight card was announced and fans would get excited with very little skepticism. What was listed was pretty much what you were going to see. People could buy tickets and plan ahead, knowing what they were getting themselves into. Admittedly, this was quite a few years ago when there was much less money and media involved. The fighters may have had a nagging injury, but they took the fight not knowing if another big fight would come their way.

Nowadays, it’s so much different.

UFC President Dana White will press the caps-lock button on his keyboard and announce a fight a couple months in advance. After an initial burst of excitement, we then have to jump into the reality that chances are that either the main or co-main event will get changed up due to an injury or a failed drug test. The latter is by no means a common peril for a fighter to miss a fight, but, as we’ve most recently seen with Jon Jones, it can strike in a big way.

Where do the fans draw the line with their forgiveness?

Let’s face it, the hate for Jones really grabbed hold of the MMA community when he didn’t take a late-notice replacement for Dan Henderson at UFC 151, leading to the event’s cancellation. We’re pretty well versed in the downfall of Jones from that point. This disastrous span of four years has culminated with another failed drug test for Jones and, quite frankly, fans are going to continue to hate him for many years to come.

And how about the fighter who many thought was the greatest of all time, Anderson Silva? He, too, tested positive for a banned substance.

When Silva tested positive, there was a feeling of being let down. This is not so much the case with Lesnar, as there really wasn’t much surprise about that one. If anything, it seems like most people were surprised this was the first time he got popped during his MMA career. There’s no forgiveness for Jones, who will always be labeled a cheater.

Why the discrepancy in forgiveness for these fighters? Lesnar could fail each drug test he takes and fans will still want to see him fight. Silva was given a parade of sorts out of the Octagon after his recent loss to Daniel Cormier. Jones, meanwhile, will be booed in and out, regardless of the result.

As with many things in our sports landscape, it doesn’t make much sense. It’s not just in MMA, either. It spans across all the major sports. For example, everyone’s favorite rotund pitcher Bartolo Colon failed a drug test in 2012 and today is one of the most celebrated pitchers in baseball (OK, I use that term loosely). David Ortiz of the Boston Red Sox failed a drug test in 2003 and is currently in the midst of a retirement tour full of love from the fans. On the opposite side of the spectrum, there is Alex Rodriguez, who was busted for steroids and is booed wherever he goes.

The conduct of the athlete has a lot to do with it, but there has to be something more to it. Lesnar comes across as a pompous jerk, but we look past that because we feel most of it is an act from the WWE.

There’s no question fans have a double standard when it comes to forgiveness of MMA fighters and athletes in general. One can take a group of 10 athletes who have failed a drug test for the same substance and, for one reason or another, half of those athletes will be forgiven and the other half will have the failed test hang over their head for the rest of their career.

People are fickle, and MMA fans may be the best representation of that.