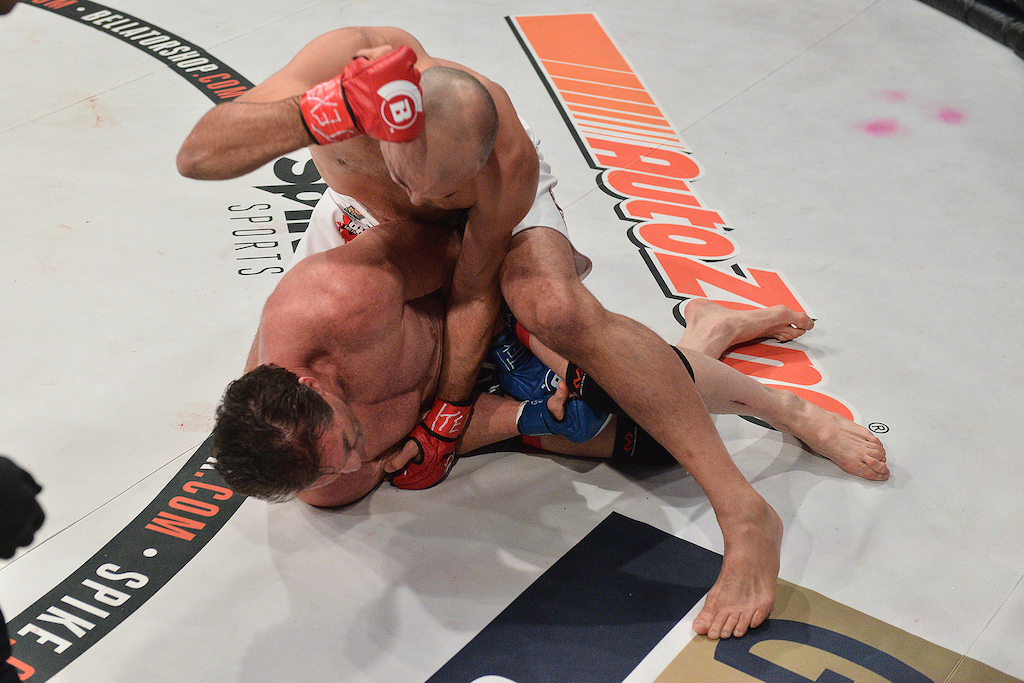 On Friday, Feb. 19, Bellator MMA hosted its 149th event from the Toyota Center in Houston.

In the night’s main event, a pair of MMA legends locked horns for third time as Royce Gracie and Ken Shamrock met once again. The pair had met twice before, with Gracie submitting Shamrock in the finals of the UFC 1 tournament in 1993, and fighting to a 36-minute draw at UFC 5 in 1995. Now 49 years old, Gracie stepped into the cage for the first time since 2007. Shamrock, meanwhile, returned to competition at Bellator 138 last summer. The 52-year-old suffered a first-round TKO loss to Kevin “Kimbo Slice” Ferguson.

The co-main event of the evening featured the aforementioned Kimbo Slice, as he squared off with fellow brawler Dhafir “Dada 5000” Harris. Slice’s win over Shamrock marked his first MMA action since 2010, when he was jettisoned from the UFC. Harris, meanwhile, competed for the third time as a professional.

The event kicked off Friday at 6:30 p.m. ET with a live preliminary card stream, while the five-fight main card followed at 9 p.m ET on Spike.

Above is are video highlights of the event (courtesy of Bellator MMA).