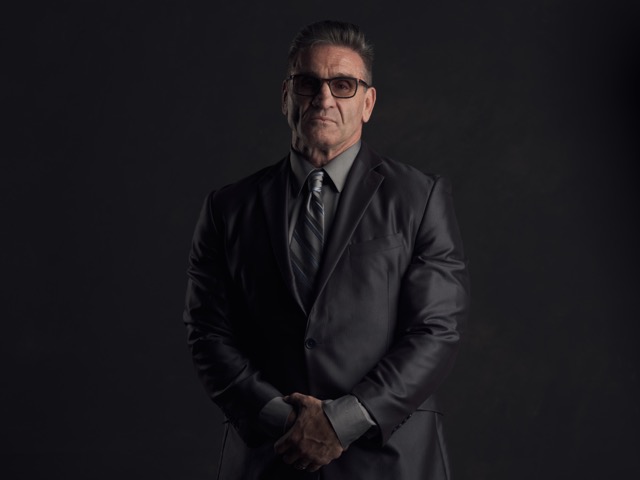 Bare-knuckle boxing is a pure form of combat that dates back as one of the original combat sports. It was just two guys duking it out for whatever reason they felt fit. While the original Ultimate Fighting Championship — arguably the current gold standard in combat sports — started out as a no-holds-barred, no-gloves-required format for combat, that all changed with commercialization and sanctioning. The growth of the sport came with gloves, mouthpieces and a heightened rule set.

Recently, a few promotions have brought back the bare-knuckles style of fighting. In England, a promotion dubbed Bare Knuckle Boxing is getting ready to put on its 18th show next month. In the United States, Bare Knuckle Fighting Championship just put on its seventh show last weekend. The fights have been bloody, entertaining, and chock full of exciting finishes. Of course, with new growth comes terrible promotions, like the one that is now defunct after failing to pay its fighters. They don’t deserve any recognition here.

The new wave of bare-knuckle boxing is still in its infancy, though, and there is plenty of opportunity to grow the sport. So, who better to start up a new show than one of the original pioneers of NHB fighting, the legendary Ken Shamrock? Last month, it was announced that Shamrock and his partner would launch a new BKB promotion.

“Valor Bare Knuckle is an organization that my business partner and I came up with, because I fought MMA in the beginning when most people were [competing] bare knuckle,” Shamrock told Combat Press. “At some point, somebody thought that putting four-ounce gloves on somebody would be safer. Me, being a fighter, I got it. Bare knuckle is pretty dangerous, so we would give it a shot and see what happens.

“So, when I fought a few times with the gloves on, that was not the case. I felt like, at least with bare knuckle, if a guy hit me on the top of the head, I knew it hurt, because I had done it myself. I realized that with the gloves, I could hit the guy on any part of the head I wanted, because it didn’t hurt my hand. I could just throw haymakers. I knew early on this sucked. I don’t like a glove, because I felt like it took away the purity of that mano y mano, that toughness [and] courage that goes with fighting. Putting a glove on took away that purity of it.”

Shamrock always wanted to get back to the old days of NHB fighting. However, the more MMA turned into a cash cow, the further it went from the roots of the sport. More rules, more coddling of fighters, and more focus on quick turnarounds from a marketing standpoint has made the sport a lot softer than it was in the mid-90s. With the new BKB promotions gaining traction, Shamrock has finally found an opportunity.

“We see this market start to emerge with street fights and things like that, and I feel like fans want to go back to the beginning,” Shamrock said. “They want to get that bare knuckle back. Listen, I’m telling you, it’s not something I don’t already know. Back in the beginning, what people used to scream was, ‘Stand ’em up! Stand ‘em up!’ I understand that, and I felt like if the opportunity was there, we were going to do it. That’s why we’re here now. The reason why I came up with that name is, I feel like it’s something that we want to live by — courage and honor in our organization. We’ve got guys with a lot of courage, big hitters, and explosion.”

Valor BK 1 will take place on Saturday, Sept. 21, at the 4 Bears Casino in New Town, N.D. Most fight fans are probably not familiar with the venue, but, like in the early days of MMA, it’s tough to find states that actually sanction BKB. Currently, there are only a few, including Wyoming, Mississippi and Florida. This is one of the biggest obstacles Shamrock sees for Valor BK — acceptance.

“This is the same thing we did when the UFC came out in the earlier days,” Shamrock said. “There was no sanction for it. I know there are only two or three states out there right now that actually sanction the bare knuckle. We believe it will be the same thing as no-holds-barred in the earlier days. Once we start getting this thing out there, and they see what it’s really about, my hope is that other states are going to open up, just like they did before. We’re excited about the future of this.”

The BKB style of fighting can appear gruesome to those who just aren’t educated in the sport. There are men out there with no gloves, and it can get bloody. However, Shamrock knows that, just like in MMA, there is a learning curve.

“If you were to hang a bowling ball on a chain, and I told you to punch that bowling ball with no gloves on, you are going to be very, very easy with that strike. If I told you to punch that bowling ball with a glove on, you would be a little more comfortable hitting it with a glove on. That is no different when you talk about striking a head. A head is very hard. Your hands are obviously not as solid as your skull, and your head is moving, so it’s a lot more difficult to do. There’s a difference in bare knuckle, and the accuracy of your striking in bare knuckle needs to be a lot more accurate. You can’t miss if you’re trying to throw heavy, or it’s going to break. It’s either the hand or the skull, and we know the hand is going first.”

Another aspect of Valor BK 1 that will bring a lot of credibility to the promotion is the actual fight card. The first event hosts a group of veteran fighters. It will be headlined by a one-night heavyweight tournament, which includes the likes of Mark Godbeer, Mighty Mo, Rameau Thierry Sokoudjou, Jack May and alternates James McSweeney and Brian Heden.

“You’re going to watch fights like you’ve never watched them before,” Shamrock said. “Our team has done a great job of putting together this organization. We’ve been able to put it together at a very high level, so that fans can experience a great time and walk away feeling like they experienced something professionally.”

While Valor BK 1 will be the inaugural event for the promotion, plans are already in the works for the second show. Unlike the one organization that was here and gone in the blink of an eye, Shamrock and his team are planning on growing their brand consistently.

“We’re in the process of putting together another show before year’s end,” Shamrock revealed. “We’re in it for the long haul. It’s not short-term. We have a staff put together that’s second-to-none. We have a really good investment team. We’re not here short-term. We’re here to build this.

“We’re not this fly-by-night organization that, if things start happening, we can’t pay the fighters or we can’t take care of the fighters when injury happens. It’s not us. We have a first-rate team. I’m in this only for the reason that I fell in love with it, and I know it’s a respectable sport. There is nothing more pure and more real than two guys getting into the ring and being able to go at it with only God-given talent. To me, that’s what it’s all about.”

Valor BK 1 is set to kick off on Sept. 21 at the New Events Center at the 4 Bears Casino and Lodge. The stacked card will air on pay-per-view through inDemand, DirectTV, DISH, Vubiquity, Bell TV, Shaw Communications, Rogers, SaskTel and FITE.TV for $29.95.

“I’m personally excited as a fighter to see that tournament and how it plays out,” Shamrock said.